Timbuctoo: The 'Middle of Nowhere' in Yuba County

Have you have ever wondered where "the middle of nowhere" is? 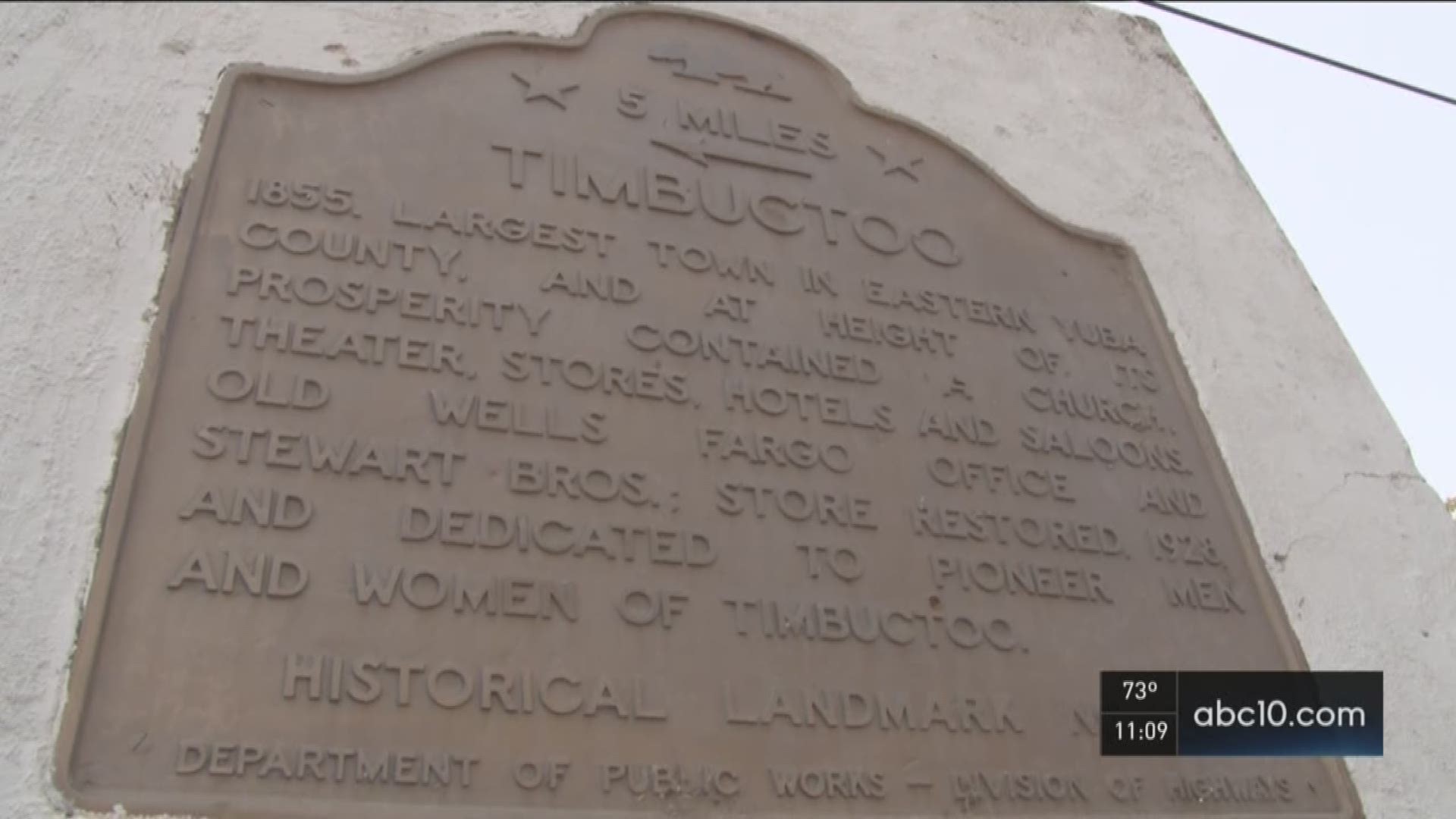 Have you have ever wondered where "the middle of nowhere" is?

Well, it’s located in Yuba County just off of Highway 20. The place is called Timbuctoo.

Today the town has more chickens than people. In 1850, Timbuctoo was a bustling gold rush town complete with stores and a Wells Fargo stop.

"A man by the name Richard Marple says it was named after him," said local historian Kathy Smith.

In its heyday, Timbuctoo had more than 4,000 people living there, and the founder a dirty miner with a strange nickname.

"A shopkeeper had been reading about Africa, and when Marple came down the hill, he said look, it's the sultan of Timbuctoo."

The name stuck. The town? Not so much.

When hydraulic mining was outlawed, everyone left.

Carlson's ancestors never left Timbuctoo. She grew up in the ghost town and doesn’t plan on leaving.

"I love it here. There is lots to do,” Carlson said. “I have a lot of critters to look after. Chickens, goats, dog. You have to watch out for rattle snakes."

"When I tell people where I live, they think it's a joke, then I have to tell them it's a real place," Van Noland said.

Van Noland has a modest garden and makes crafts to sell at the farmers market. She moved here with her husband a few years ago and only has one complaint: bears.

"They get into my chicken coop. I have to protect the coop best I can," Van Noland said.

Her chicken coop has razor sharp screws poking out of the wood to keep the bears from pushing up against the walls.

"I make it stronger all the time," Van Noland said.

Life moves slow in Timbuctoo. Those who live here don't mind the occasional visitor but prefer the solitude of living in the middle of nowhere.