The Air Force wanted to showcase how diversity and inclusion lead to success by paying tribute to the Tuskegee Airmen, Black pilots who fought in World War 2. 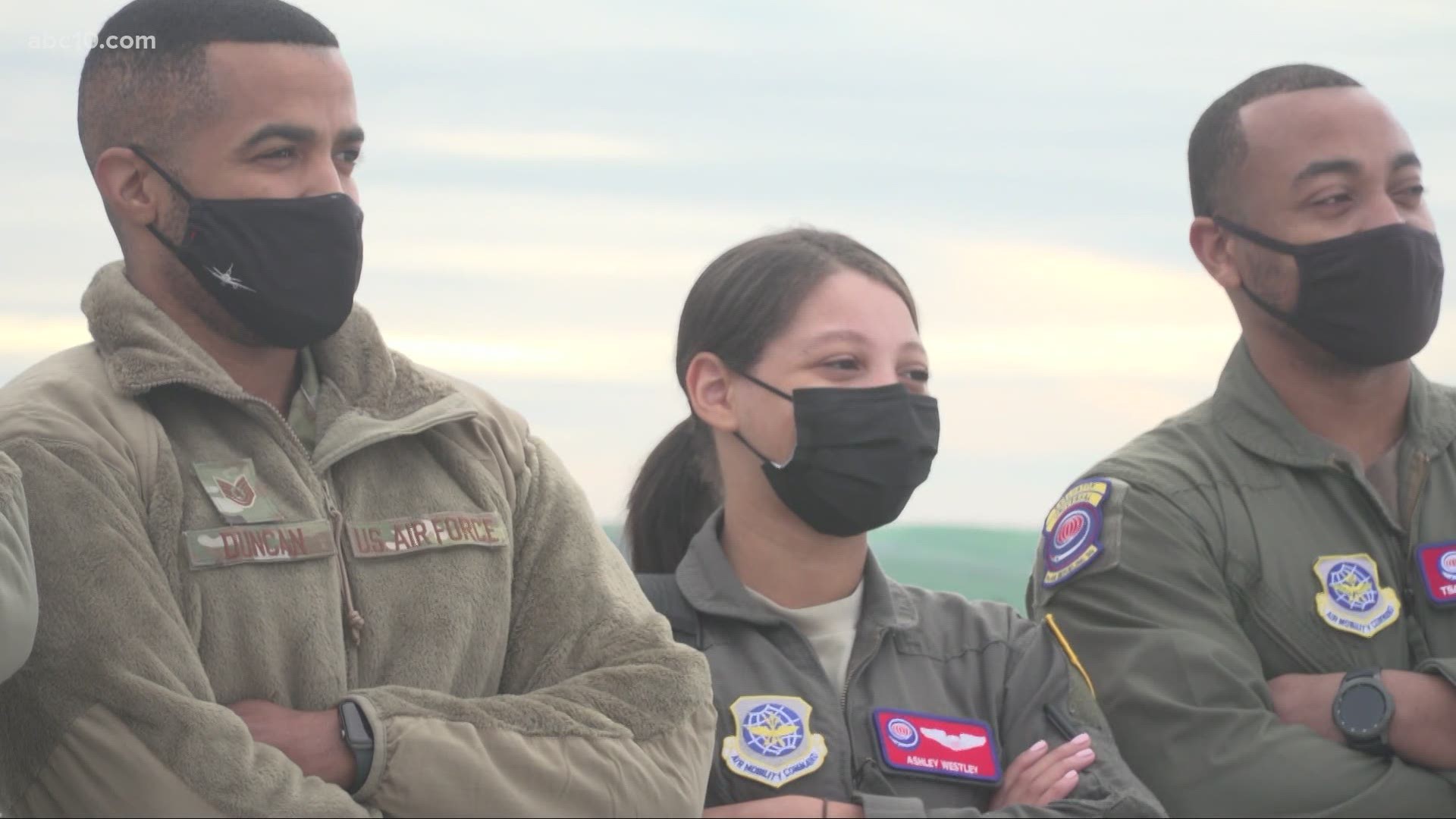 Formally, they formed the 332nd Fighter Group and the 477th Bombardment Group of the United States Army Air Forces. The name Tuskegee Airmen also applies to the navigators, bombardiers, mechanics, instructors, crew chiefs, nurses, cooks and other support personnel for the pilots. During World War II, Black Americans in many states were still subject to the Jim Crow laws and the American military was racially segregated, as was much of the federal government.

Linette Westley, a U.S. Air Force co-pilot, is proud of her experience of honoring those pilots.

"It feels huge," Westley said. "I've never done something like this before. And it feels like I have big shoes to fill for the people who came before me."

The flight's mission was to showcase diversity and inclusion lead to success. The event began at 8 a.m. and ended at about 1 p.m.