California first restricted assault weapons in 1989, with multiple updates to the law since then. 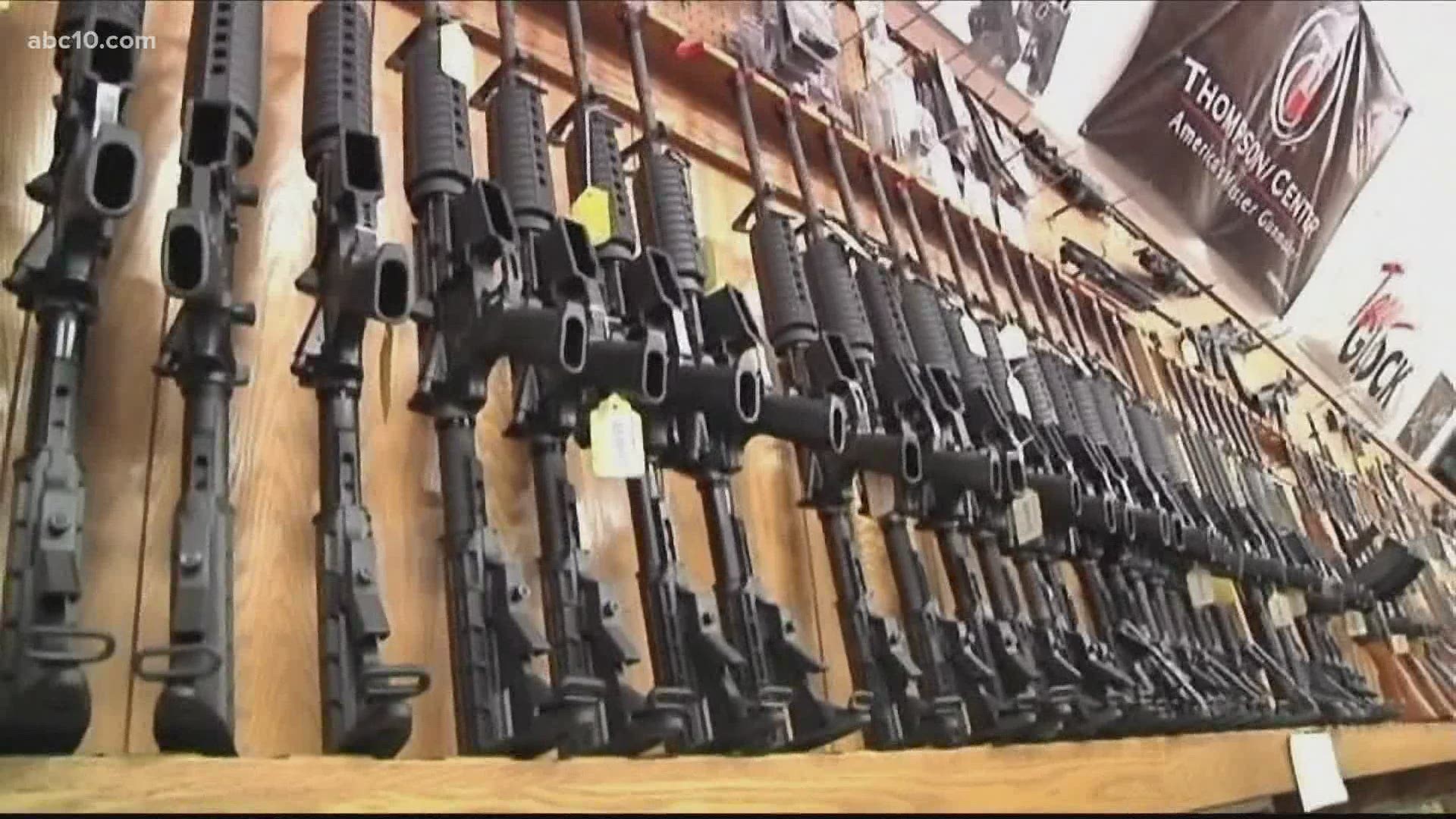 California first restricted assault weapons in 1989, with multiple updates to the law since then.

“Today’s decision is a direct threat to public safety and the lives of innocent Californians, period," said Governor Gavin Newsom in a statement sent to ABC10. "As the son of a judge, I grew up with deep respect for the judicial process and the importance of a judge’s ability to make impartial fact-based rulings, but the fact that this judge compared the AR-15 – a weapon of war that’s used on the battlefield – to a Swiss Army Knife completely undermines the credibility of this decision and is a slap in the face to the families who’ve lost loved ones to this weapon."

Newsom says this is not the end of the story.

"We’re not backing down from this fight, and we’ll continue pushing for common-sense gun laws that will save lives,” said the governor.

California officials say the state has led the nation in passing gun safety laws. The governor's office claims the state's commitment to gun safety laws has made the Golden State one of the lowest firearm injury death rates in the country.

California's Attorney General Rob Bonta argued that assault weapons as defined by the law are more dangerous than other firearms and are disproportionately used in crimes and mass shootings. But Judge Benitez said the guns are overwhelmingly owned for legal purposes.

In a statement sent to ABC10, Bonta says his office plans to appeal the decision:

“Today’s decision is fundamentally flawed, and we will be appealing it. There is no sound basis in law, fact, or common sense for equating assault rifles with swiss army knives — especially on Gun Violence Awareness Day and after the recent shootings in our own California communities. We need to take action to end gun violence now. We will fight this ruling and continue to advocate for and defend common-sense gun laws that will save lives.”

The attorney general's office says while the decision was made Friday, current laws will remain in effect for at least the next 30 days.