"Kill all cops" was spray-painted on an elevator inside the Vacaville City Hall on Sunday night the Capital cities across the U.S. anticipate violent protest. 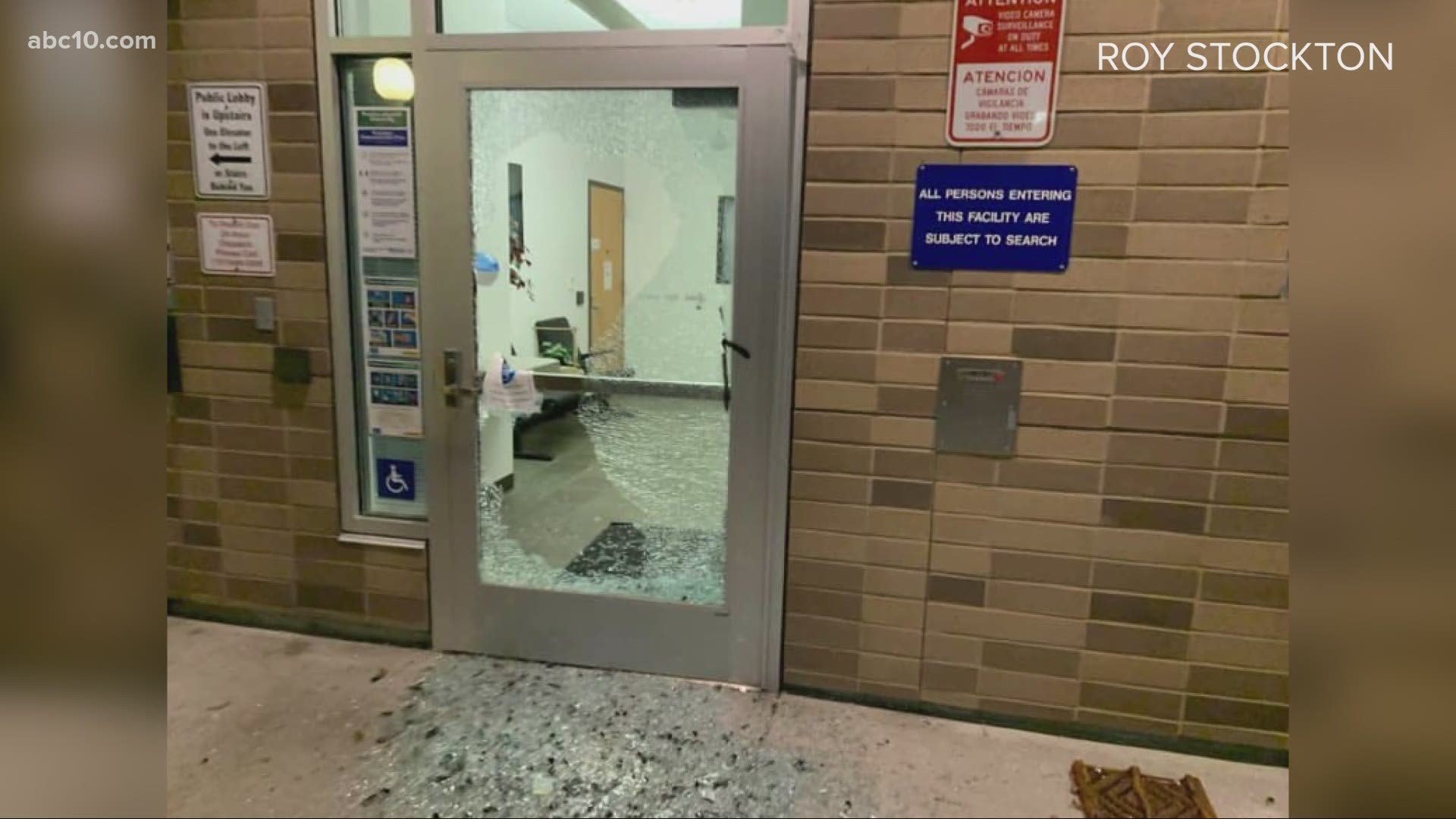 According to the police department, a group of 40 - 50 demonstrators made their way to City Hall around 5:30 p.m. on Sunday night after marching along Merchant Street.

Some in the group were allegedly spray-painting messages on buildings in the downtown area and continued once they reached City Hall. Multiple windows were also smashed. Vacaville PD said that as the group left City Hall, the windows of two cars that had people inside were broken out.

“Vacaville respects peaceful protests but what happened Sunday night was unacceptable,” said Vacaville Police Chief John Carli in a press release, “This does not reflect who we are as a community. As we prepare to honor the legacy of Martin Luther King, Jr. tomorrow, we ask that the community reflect on his ideals and keep any demonstrations peaceful.”

Roy Stockton, Solano Family First Responders Director of Operations, took photos of the damages from what appears to be inside and outside the city hall.

In the photos, several windows are broken. "Kill all cops" could be seen tagged on an elevator on the inside of the building.

The vandalism comes the same weekend that Capitol cities across the country are on high alert of armed protest in response to the 2020 presidential election.

No arrests were made as of Sunday night, though the incident is being investigated.

Vacaville police said in the press release the demonstration started out peacefully at Andrews Park. Some were carrying "Black Lives Matter" signs, a spokesperson for the department said in the statement. In addition to the broken windows and graffiti, police also reportedly found an abandoned cart with two machetes in it at Andrews Park and a vehicle associated with the demonstrators that had helmets inside.