Inmates at the California Medical Facility, who haven't seen dogs in years, now have the chance to care for rescue dogs saved from kill shelters. 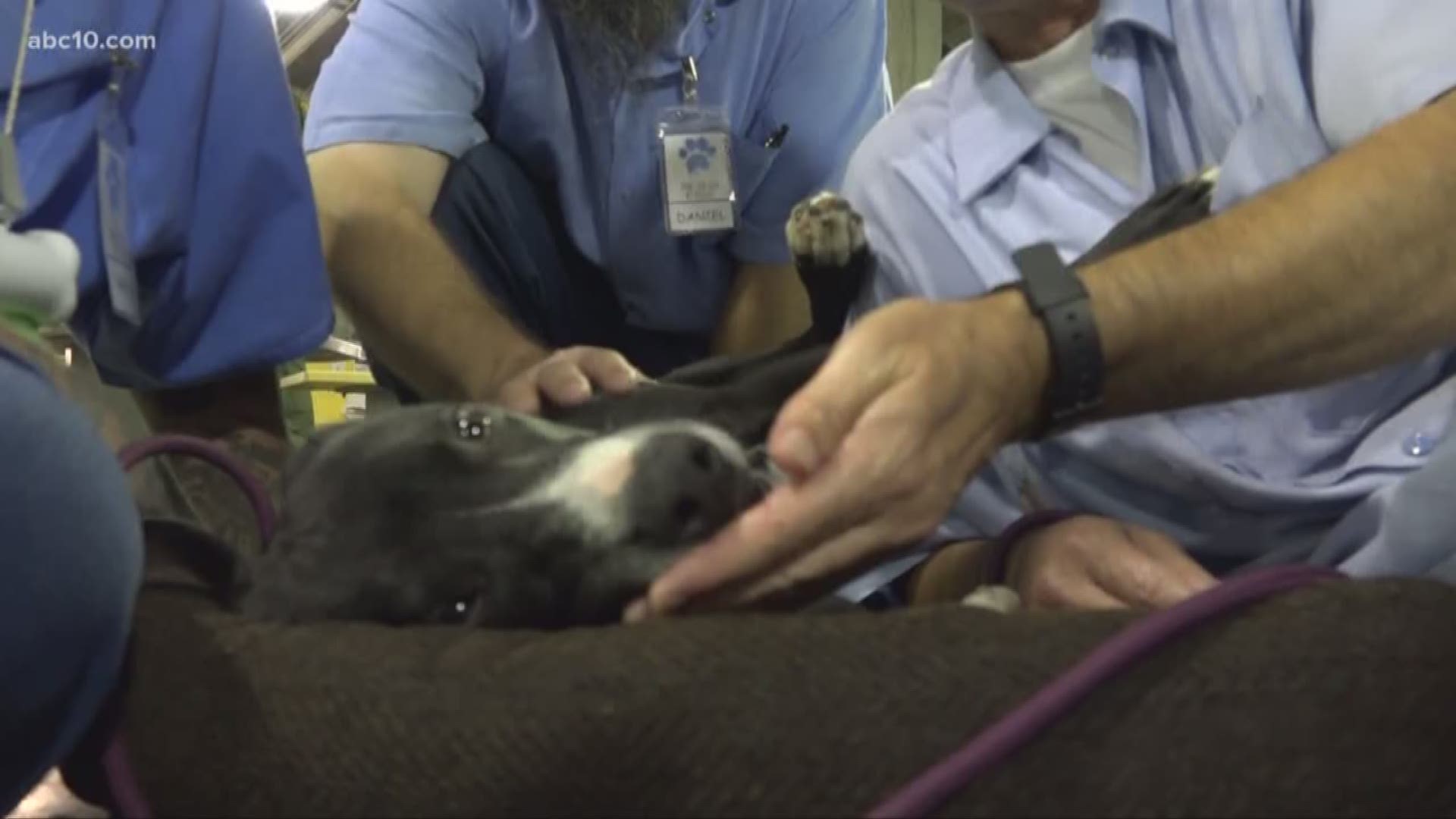 VACAVILLE, Calif — A prison in Vacaville launched new programs that allow inmates to train shelter dogs into service dogs. The Paws for Life K9 program is one of them.

The animals for the program were brought to the prison on Wednesday, where they will stay for 6 to 12 weeks until they're ready to be adopted into the community.

“This is the first time in 16 years that I've pet a dog," James Cross said.

Cross has been in prison for 16 years on a 25-to-life sentence for conspiracy to commit murder, among other things.

“Being a violent offender and being in blue, it comes with a major stigma. It comes with a lot of shame. And the dogs having unconditional love, they just love you for who you are at your core," he said.

Cross is one of a handful of inmates at the California Medical Facility that will help teach these shelter dogs to be service dogs.

“All these dogs come from high-kill shelters and they would probably have been euthanized and we're going to train them and get them ready for a forever home to be adopted and give them the life they deserve," said inmate Jeff Maria.

Maria has been in prison for more than 40 years. He told ABC10 this is the first time he’s even petted a dog in the last decade.

“It was amazing. I just can’t hardly put into words how we feel," he said.

"Something so simple, the things that we take for granted every day, to bring that inside of prison and make it more real, I think is very special," said Capt. Chance Andes with the California Medical Facility.

The Paws for Life K9 program is credited with saving not just the animals but the people, too.

“I’ve been a part of this program since the beginning. I’m formerly incarcerated. I had six life sentences consecutive to 40 years. I was sentenced to die in the California state prison system and this program changed my life," said Jon Grobman, the director of Paws for Life.

Grobman got a "recall of commitment" from former Gov. Jerry Brown for turning his life around behind bars.

“They turned my entire sentence over and released me, and now I go back inside and try to give the men the same opportunity that I had and bring as many of the guys home as possible," Grobman said.

And many got the message on day one.