Mark Madamba was the real-life super hero in his family. Saving his 9-year-old daughter was his last act of bravery. 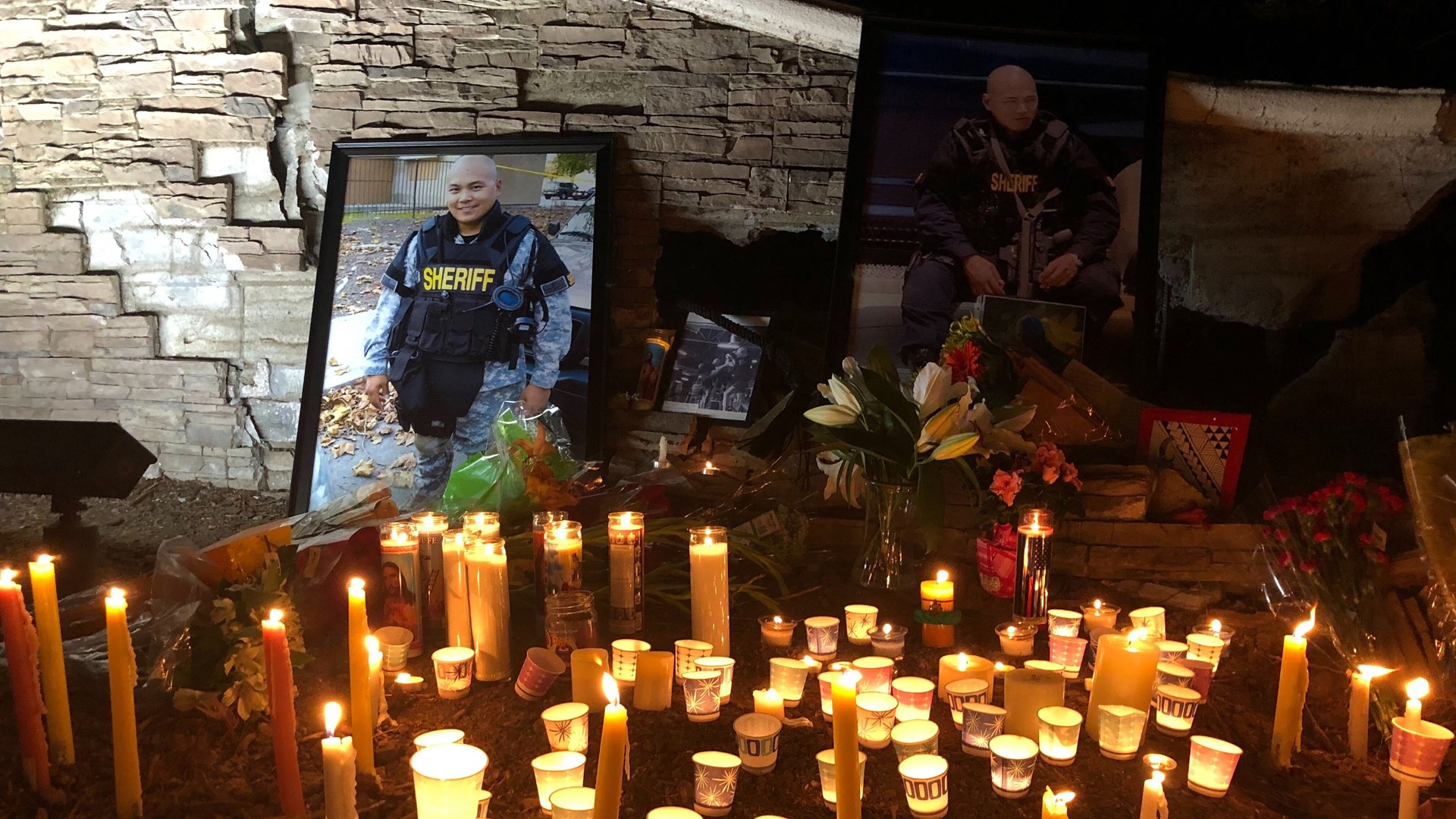 TRACY, Calif. — A bike ride with his daughter down MacArthur Drive in Tracy on Sunday turned into tragedy. When 45-year-old Mark Madamba was hit and killed by a speeding car that crashed into a wall, his final act was saving his little girl’s life.

On Monday night, hundreds of people gathered to support her and her family through their grief.

That is how Kelly explains what happened to her children.

Mark, a retired Alameda County Sheriff's deputy with a passion for Muay Thai, was the real-life superhero in his family and saving his 9-year-old daughter was his last act of bravery.

“I didn’t know what to do so I just ran across the street looking for my dad,” Ava Madamba told ABC10.

Ava said he dad shouted at her to bike faster across Macarthur Drive during their bike ride on Sunday. When she turned around, she saw a red car smash into a sign.

“The car went super-fast because it made a ‘errrrh’ sound,” Ava recalled.

Ava’s father was pinned somewhere behind it. Small, but mighty, Ava is holding onto their found memories together.

She also says he had a lot of friends. More than a hundred people showed up to a candlelight vigil in his honor. Between the hugs and tears was also a shared sense of frustration every time a car sped by.

“When you put in two lanes each way it is like a highway. People fly through here,” said Robert Haight, a friend of the family.

Some family friends feel like Mark’s death could have been avoided. Macarthur Drive was widened from two lanes to four lanes earlier this year. Many say it’s been much more dangerous since.

“Pay attention, because in one second you can ruin someone’s whole life. And that’s how we feel,” Kelly said.

She says if the driver had slowed down, her little girl may still have her father. The driver stayed on scene, authorities said.

Family and friends have been donating to a GoFundMe to help pay for Mark’s funeral. They say they want to start a petition for safety improvements along the corridor where then crash occurred.