What are California's emissions standards, how they're different and why the Trump administration wants to end them 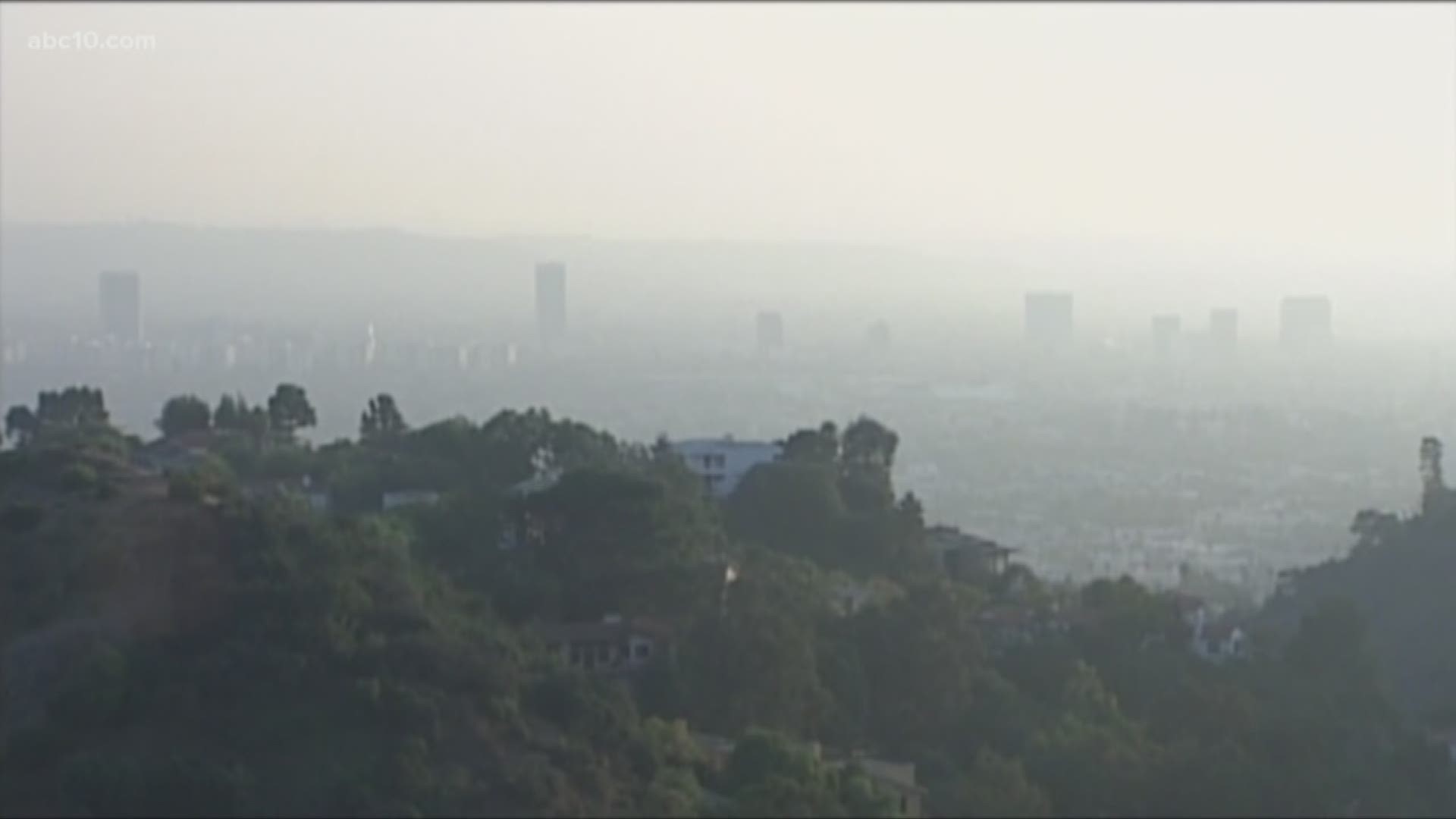 CALIFORNIA, USA — The Trump Administration has announced its plan to take away California's power to own its auto emissions standards and state officials are planning to fight back.

There are a lot of questions surrounding this topic, so we wanted to break down some of the most frequently asked.

How are California's emissions standards different?

When did California's emissions standards start?

According to the California state website, the first reported instance of smog happened in Los Angeles in 1943, at the time it was called a "gas attack" and blamed on a nearby butadiene plant. The plant was shut down but the problem persisted. In 1947, the Los Angeles Air Pollution Control District was formed.

In the 1950s, citizens in Los Angeles protested, demanding someone do something about the smog that had overtaken the city, according to the Associated Press. A picture taken from the Los Angeles City Hall on October 14, 1954 shows the heavy smog surrounding the city, completely hiding the rest of downtown.

Credit: AP
This is the view, if you can call it that, from the Los Angeles City Hall, Oct. 14, 1954, during the eighth day of an eye-piercing, lung congesting smog that has brought angry protests from citizens demanding that somebody do something about it. Barely visible are the Times and Mirror Buildings a block away, with the rest of the downtown business section completely obscured. (AP Photo/Ira W. Guldner)

What does California's emissions standards accomplish?

Transportation is the largest source of greenhouse gas emissions in the country. California's current rule says cars should get 54.5 miles to the gallon by the year 2025. The Trump administration wants the requirement to be 37 miles per gallon.

These standards have even influenced the auto industry, as these states make up about a third of car buyers.

The battle is just beginning. Trump's move comes after the Justice Department opened an antitrust investigation into a deal between California and four automakers for tougher pollution and related mileage requirements than those set by the Trump administration. California Attorney General Xavier Becerra tweeted at the president saying, "You have no basis and no authority to pull this waiver. We're ready to fight for a future that you seem unable to comprehend; we'll see you in court if you stand in our way."

He later said in a press conference, "our message to those who claim to support states' rights? Don't trample on ours."

Is there a benefit to taking away California's emissions standards?

Cars could become less expensive to build, meaning consumers could end up spending less to buy them. President Donald Trump tweeted Wednesday that the move would result in less expensive, safer cars, claiming the new cars would be cleaner while they would burn more gasoline than they would have under the Obama-era fuel efficiency standards.