High winds brought down fences all over the greater Sacramento area, amplifying what was already a redwood shortage. 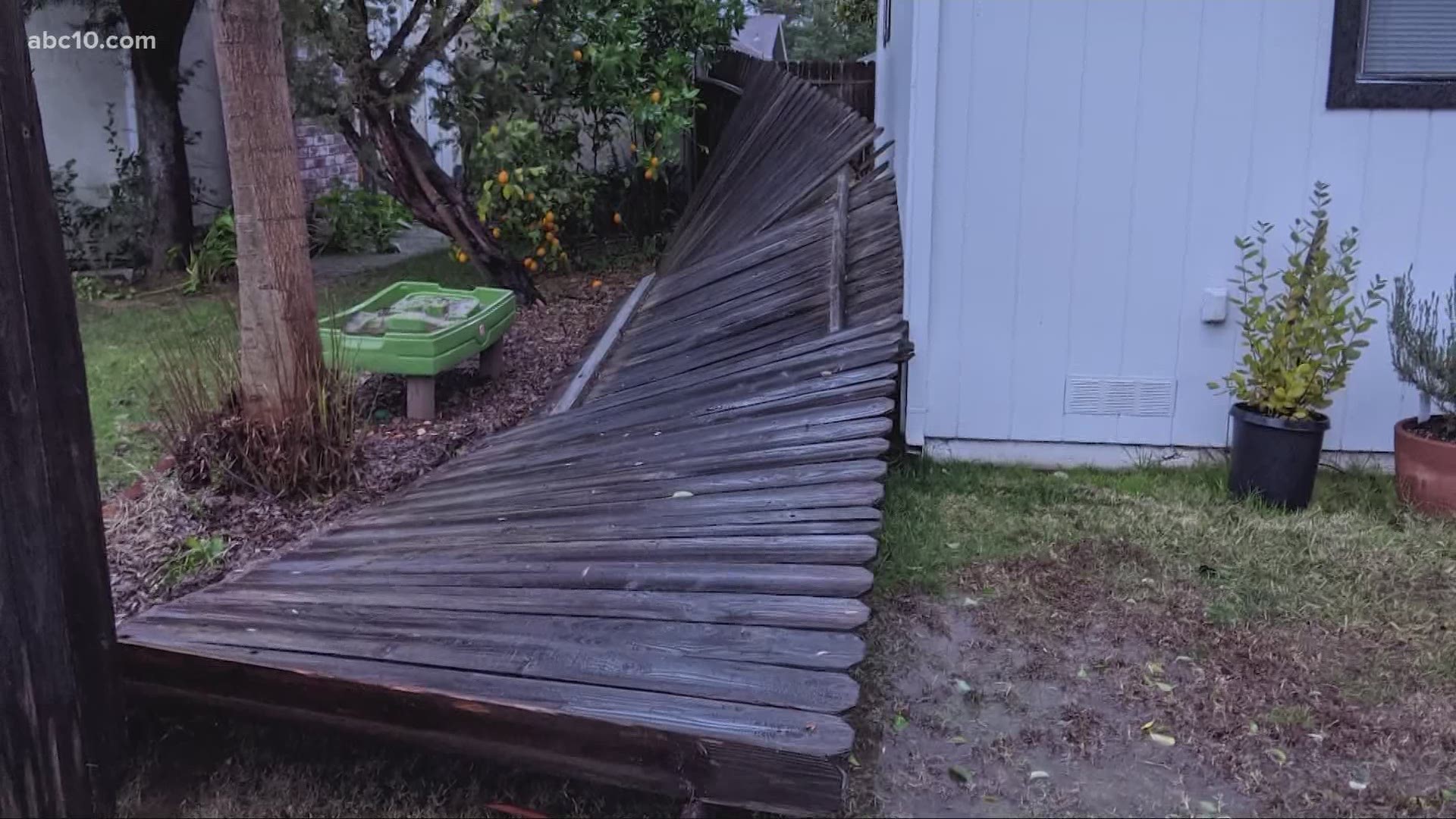 SACRAMENTO COUNTY, Calif. — Ward Koppel lives in Carmichael and is actually an assignment desk editor at ABC10. When his fence came down because of the high winds that accompanied January's winter storm, he said his wife immediately started making calls to fencing and landscape contractors.

"One of the first places she called finally showed up today, they are that backed up," Koppel explained. "And they warned us the supply of lumber is hard to come by."

Chris Berry, the operations manager at Berco Redwood and Berry Lumber in Sacramento, said it was the perfect storm. His phones have been ringing off the hook since the storm. He said the demand for fencing materials is high, but the shortage, with redwood in particular, has been a year in the making.

"COVID happened, the mills weren’t producing as much as they normally would, people were stuck at home," Berry explained. "And with people being stuck at home, things like fencing projects are something families can tackle on a weekend."

He said the fires that burned throughout Northern California over the summer didn’t help with redwood supply either.

"Specifically the Santa Cruz mountains," he explained. "There’s a lot of redwoods that come out of those little pockets, those areas."

Then, to top it off, the 30 to 40 mile per hour wind gusts that hit the greater Sacramento area last month greatly increased demand for fencing materials.

"All of a sudden, we get a crazy winter storm," Berry said. "And the fences fall down."

An entire section of Koppel's fence had been leaned up against his remaining fence since the storm. He joked that his yard had gotten bigger.

"One of the advantages to having the fence down is that I now have a pool," Koppel said, panning his camera to his neighbors' yard.

Berry explained that the cost increase went along with the demand, but also the low supply.

"It’s all relative," he explained. "People forget wood in general is no different than oil, milk, eggs-- it’s a renewable resource. Because lumber in general relies so heavily on trucking and transport, things like oil and stuff like that, as that does increase, so do the prices. So you’ve got the demand, and as places shut down because of COVID or fires, it's all a contributing factor of what that pricing is."

As people like Koppel look to repair or replace their fencing, Berry suggested propping fences in the meantime with posts or rails. Another temporary fix, he said was to buy orange temporary fencing. It’s sold at most construction supply stores.

As for those worried about an unstable fence falling down when winds kick back up, he suggested the same approach: try some metal or wood reinforcements to prop it up until the time comes to fully repair or replace the fence.

A CCTV camera at Alan Witt Park captured the moment a dust devil appeared and the wind ripped apart the roofing of a building Tuesday.