A road trip on the wood plank road | Bartell's Backroads

When it couldn't be paved, the road was covered in wood 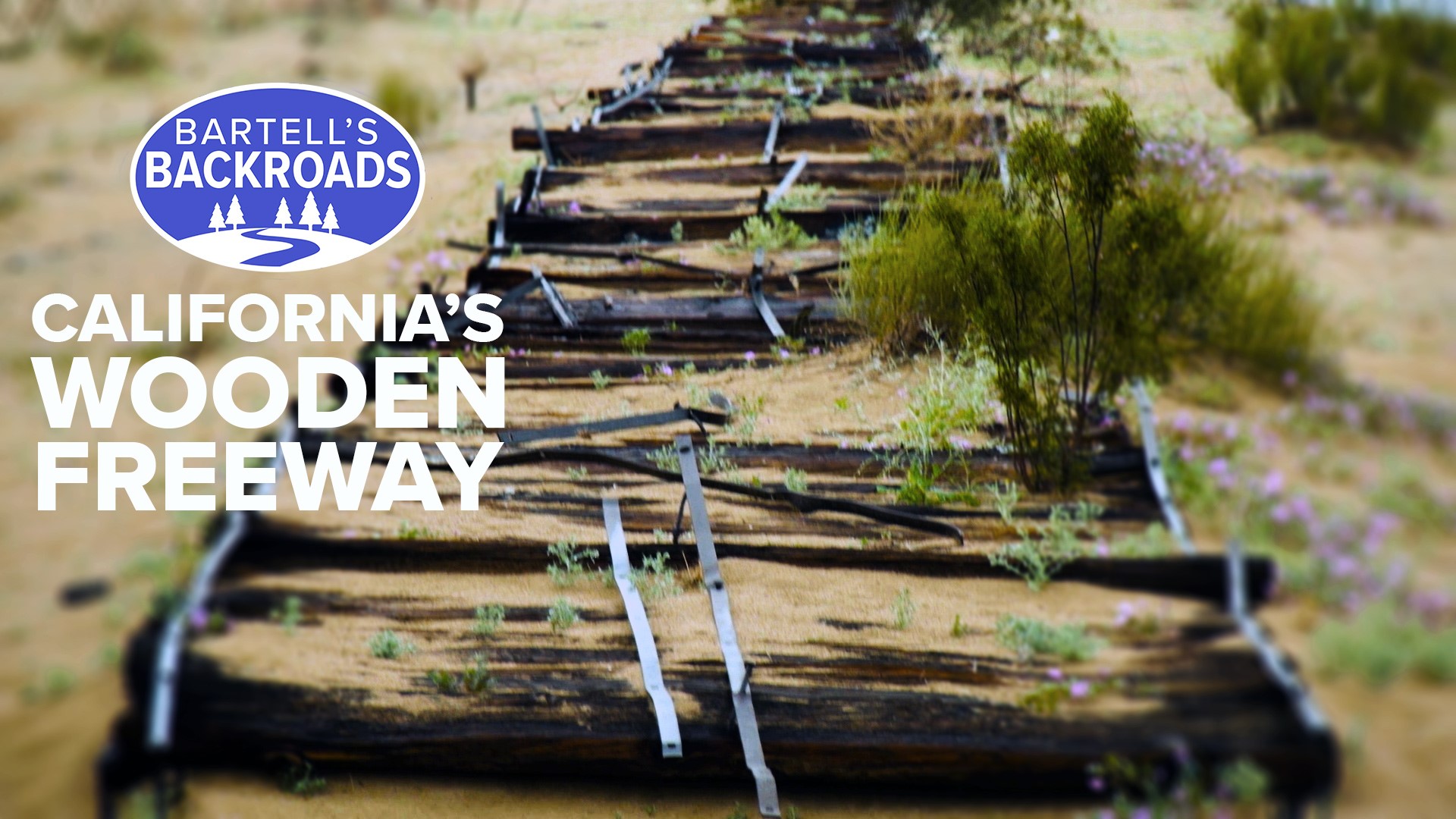 WINTERHAVEN, Calif. — If you thought potholes were bad, try driving over a road made of wood.

Travel to the South Eastern most corner of the state and you'll find Wood Plank Road. It's a historic landmark 45 miles outside of El Centro in the middle of the Imperial Sand Dunes Recreation Area.

It's not much to look at but these chunks of wood were part of an early highway system that allowed drivers to cross the Imperial Sand Dunes.

Ryan Chatterton, a field manager with the Bureau of Land Management, said when Wood Plank Road was in use, it was the fastest way to get over the Imperial Sand Dunes and drive to Yuma, Arizona.

"This was part of the original road completed in 1915," said Chattterson. "The only other way to get to Phoenix and Yuma was to head 40 miles north."

Wood Plank Road was only about six and a half miles long, and it sat on top of the dunes. That way, if a sand storm started to cover the wood, it could easily be moved.

The only problem was that it was super bumpy. It often took cars 3 hours to cross and, to make matters worse, there was only enough room for one car on wood plank road. As you can imagine, traffic jams were frequent.

"They would literally have to lift people off the road to pass," Chatterson said.

Wood Plank Road required constant maintenance, so in 1926, the state retired the road and built what would later become Interstate 8. In the 1970's, parts of wood plank road were pulled out of the sand.

Today, the Bureau of Land Management proudly displays them and even lets modern day cars drive over a portion.