Investigators say the worker could not get out of the vehicle in time before it was hit by an Ace Commuter train. 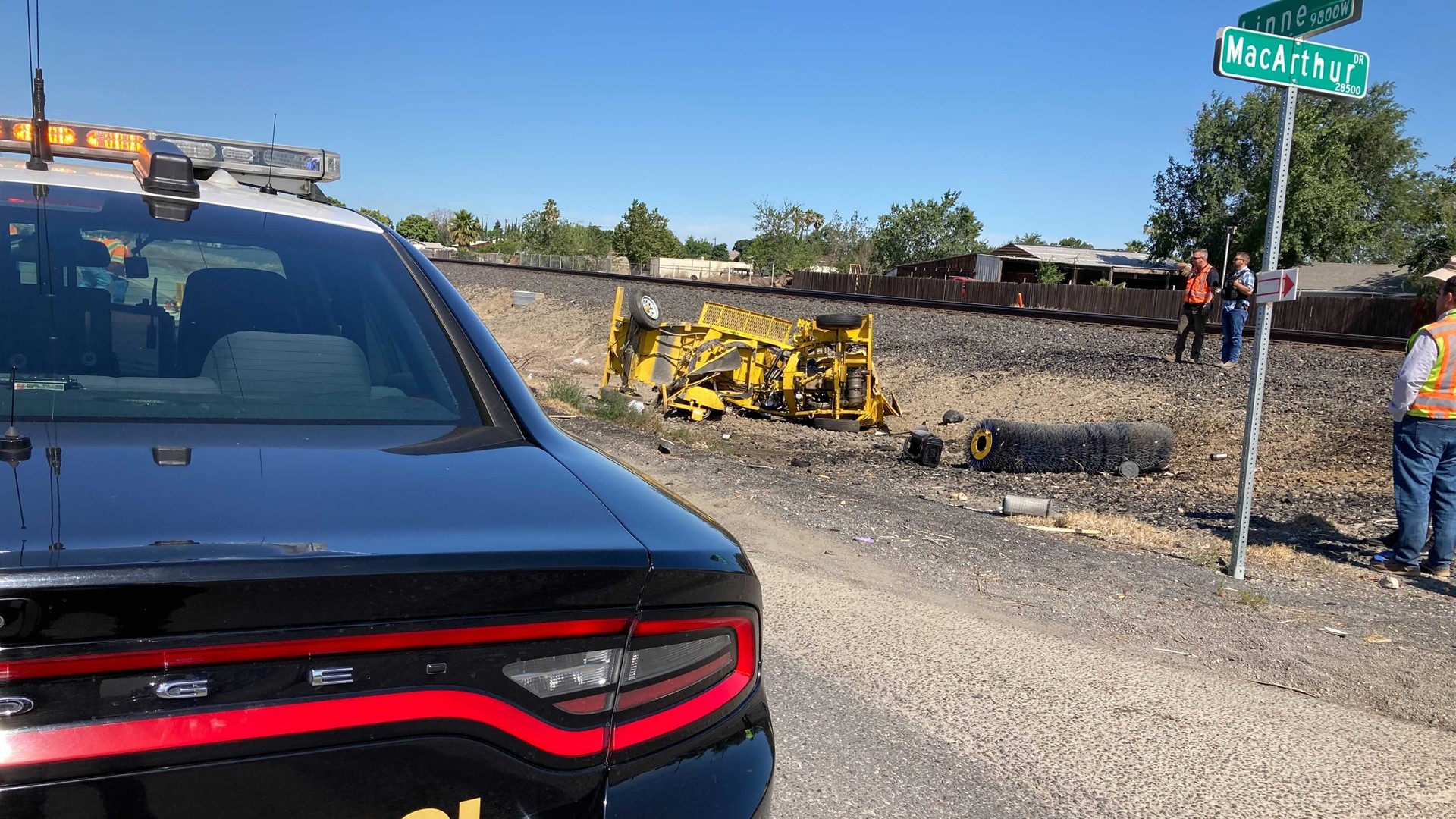 TRACY, Calif. — A construction worker was killed after the vehicle he was in was struck by a commuter train in Tracy, early Wednesday morning.

The accident happened around 7 a.m. near S. MacArthur Drive and W. Linne Road. According to the preliminary investigation by the California Highway Patrol, the construction worker was driving a kick broom sweeper truck across the track when it became stuck between the crossing arms.

Investigators say the worker could not get out of the vehicle in time before it was hit by an Ace Commuter train. The male construction worker was pronounced dead at the scene. He has not yet been identified.

Authorities say about 50 passengers were on the train at the time of the crash, but no one was injured. The crash did not cause a derailment.

Law enforcement shut down roads in the area while crews investigated. By noon, the roads were reopened. A hazmat team was called in as well after it was learned about 10 gallons of diesel fuel had leaked onto the dirt shoulder.

The cause of the crash is still under investigation.

*Traffic collision alert**
Around 7:50am the Ace Train and a Street Sweeper collided on Linne Rd. between MacArthur and Tracy Blvd. CHP is handling and have closed the roadway for an unknown amount of time.. Please avoid Linne Rd if possible. Updates will be provided.

For 99 hours, a portion of Hwy. 99 will shutdown, beginning Friday night and lasting through Wednesday morning.