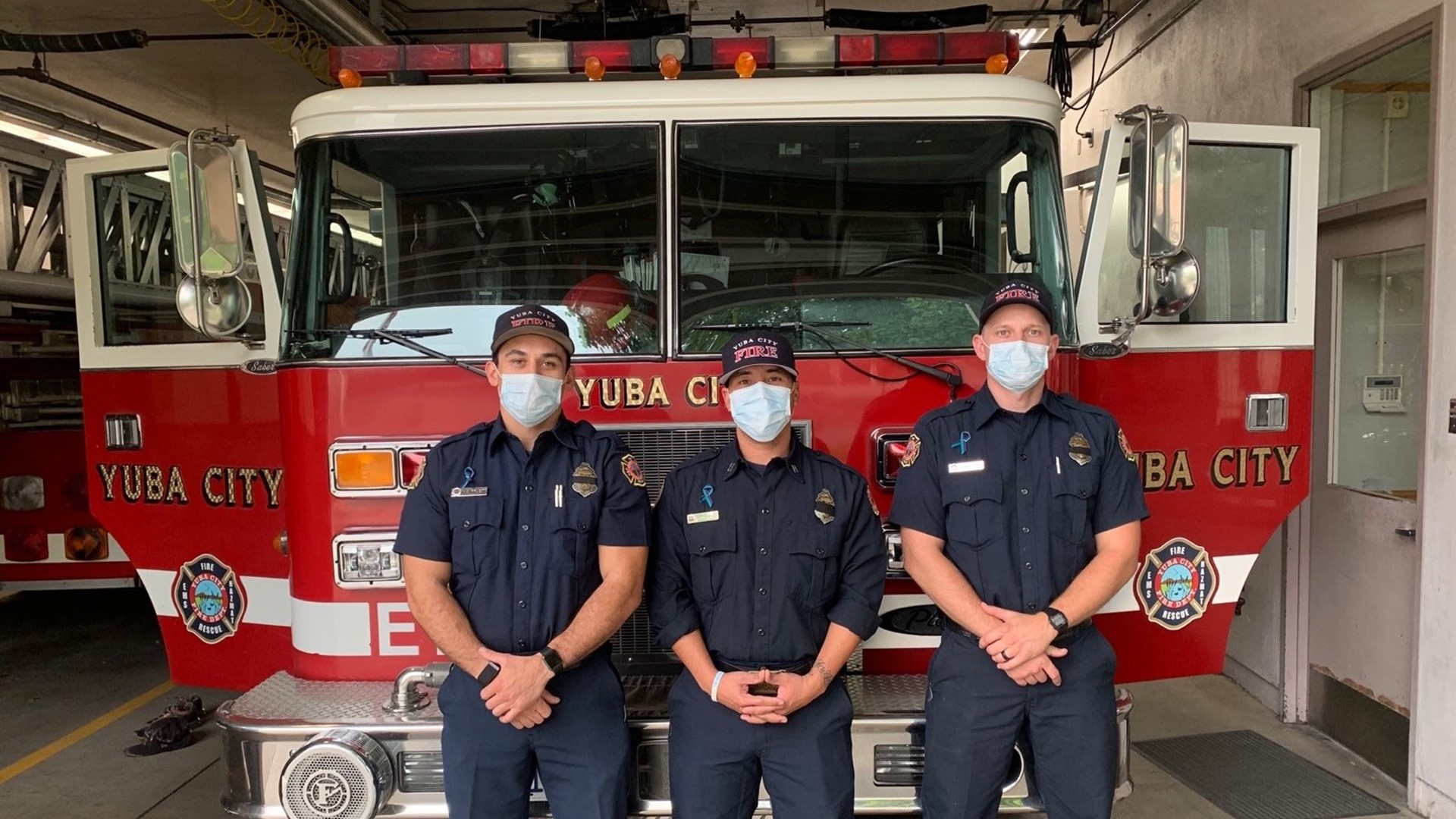 YUBA CITY, Calif. — As the state sees historic wildland fires, firefighters are ringing the alarm on another crisis they face: the need for mental health support.

They're the ones you call to run into the fire.

"It's what we're used to. It's where we shine," said 14-year veteran Yuba City Firefighter Brett Geyer.

Geyer says it takes a toll, responding to traumatic calls.

"Before it kind of was like, I’m going to hold these emotions, feelings, burdens to myself," Geyer said.

Research shows that Post Traumatic Stress Disorder (PTSD) and depression rates for firefighters are five times higher than the civilian population, according to the Rudderman Family Foundation. Last year, twice as many firefighters in the U.S. died by suicide than in the line of duty.

"I think when you're faced with the statistics we're faced with, there's nothing else you can do but change it," Geyer said.

Alexander said the task force was created just in time as historic wildfires have put his strike teams on the road for weeks a time.

"You're away from your family, lack of sleep, it's hard to stay healthy, to eat,” Alexander said.

"I think the stigma is going away," said Tiffany Geyer, Brett’s wife.

Tiffany Geyer says taking care of firefighters' mental health impacts their families, knowing the stress of expecting her husband to come home. But sometimes he can’t come home right away.

The Geyers say they are grateful for their support systems and they want other departments to offer resources and training for struggling firefighters.

Yuba City is one of many fire departments across the country this week standing down on regular fire training drills and focusing on conversations around behavioral health. They say it isn't just firefighters who suffer in silence and they urge anyone looking for help to call the National Suicide Prevention Hotline at 1-800-273-8255.