California's state flag has its own virtual museum 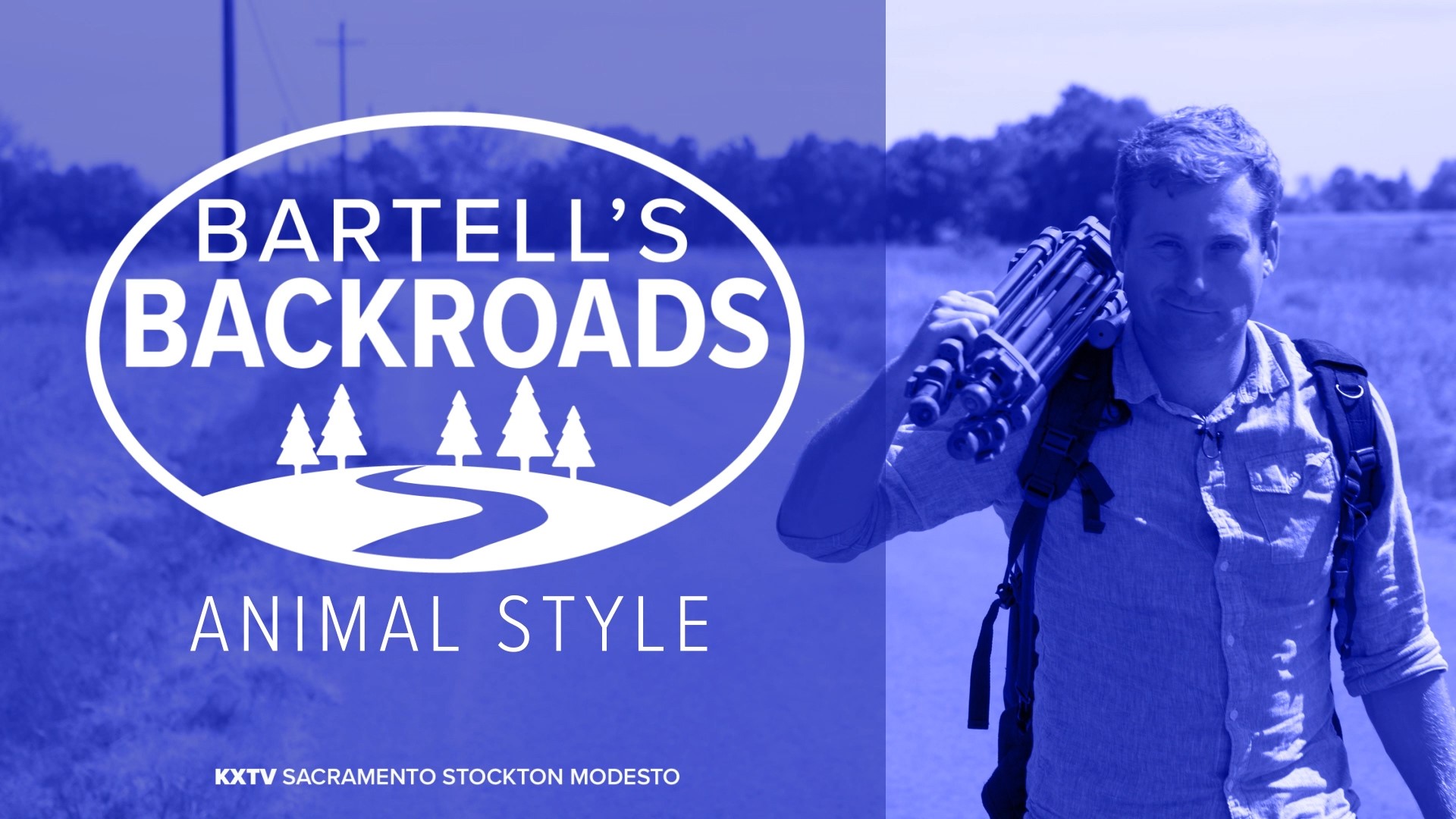 SACRAMENTO, Calif. — One day in the early 1990s, William Trinkle, executive director of the Bear Flag Museum, was perusing a used bookstore in San Francisco when he found a copy of the 1903 California Blue Book.

The Blue Book is like an almanac, detailing the state's leaders, economics and culture of the time. Trinkle was hopeful to find some interesting tidbits about the state's past.

What Trinkle did not expect to find, a picture of the original Bear Flag squeezed between the pages, led him on a decades-long journey to discover the full history of California's distinctive state flag.

You see, up until then, it was widely believe that no picture existed of the original flag.

"I had read a fair amount of information that that nobody knew exactly what the Bear Flag looked like…because it had been destroyed in the 1906 fire following the earthquake," Trinkle said. "So, I was surprised and excited by the fact that here was this information and then an actual photograph of the Bear Flag."

Trinkle's find was like an archaeologist unearthing a long lost artifact.

"That kind of got me really interested and excited, and amplified my going forward to collect both information and images and as much as I could about the history of California's flag," Trinkle said.

Fourteen years ago, the early stages of the Bear Flag Museum began to take shape. Trinkle, with the help of his wife, created an entirely virtual museum with a wealth of information on California's state flag. 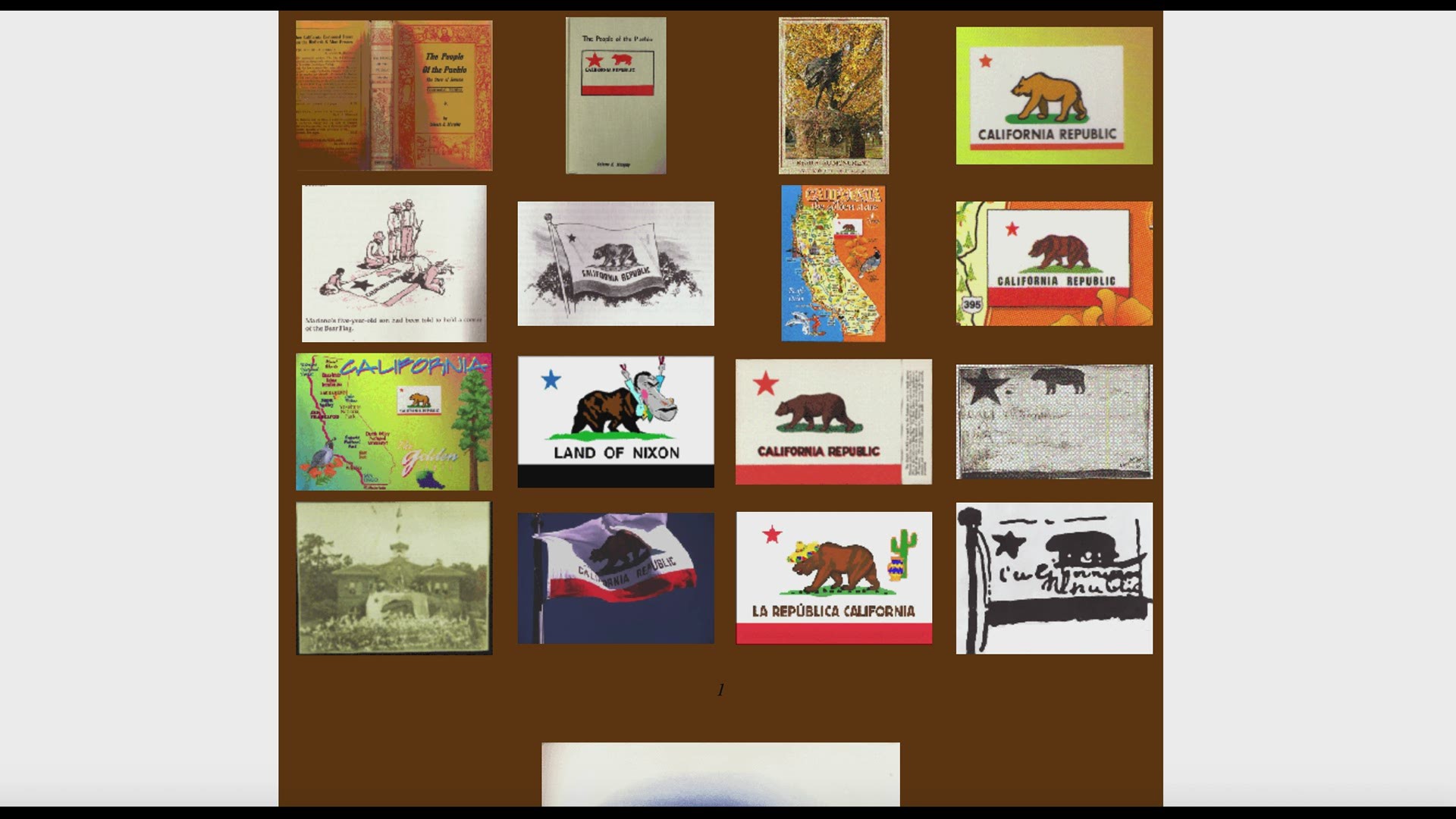 "Ultimately, I will want it to go from something that I own to being something that researchers can use and the public can use," Trinkle said. "That's the reason that the virtual museum has also been so important because…there are a lot of things about the California flag, documents and information that are relatively difficult to find these days."

History of the state flag is prominent on the site, but the museum also focuses on law and culture surrounding the flag.

On the Bear Flag Museum blog, Trinkle highlights the continuous trend of using the bear flag image in clothing, art and activism. Some trends, he says, are even a little bizarre.

"For some reason, about 10 to 15 years ago the flag exploded in terms of popularity," Trinkle said. "There was a flag that that was for sale on eBay–a vintage Bear Flag that I bought one copy of the few years ago in a thrift store for five bucks–and it went for sale on eBay for $1,227."

The Bear Flag has gained recognition in popular culture. The hope is that as people seek out variations of the recognizable image, they will also be curious to track down its heritage. The Bear Flag Museum creates that bridge.

Trinkle is also a member of the North American Vexillological Association [NAVA], an organization devoted to the study and appreciation of flags that has been active for 53 years.

"It's people who come from all areas from philosophy — from science, from history, from social science — who, you know, take flags seriously and try to make sense out of why flags are so prominent, particularly these days," Trinkle said.

Though Trinkle's membership to NAVA shows that he is interested in all flags and what they symbolize, it is the Bear Flag to which he keeps returning. He resides in Sacramento, where the California state flag flies all around him.

"On one hand of there are flags that I find that are very pretty," Trinkle said. "I like the United Nations flag because I tend to love blue. In terms of if I had a favorite, I guess I'd have to say the California flag, only because I've… spent so much my life learning about its history and about the disputes related to it and particularly these days, how popular it has become in the last 10 to 15 years."