Kam McLeod and Bryer Schmegelsky are believed to have left British Columbia and were spotted in northern Saskatchewan. 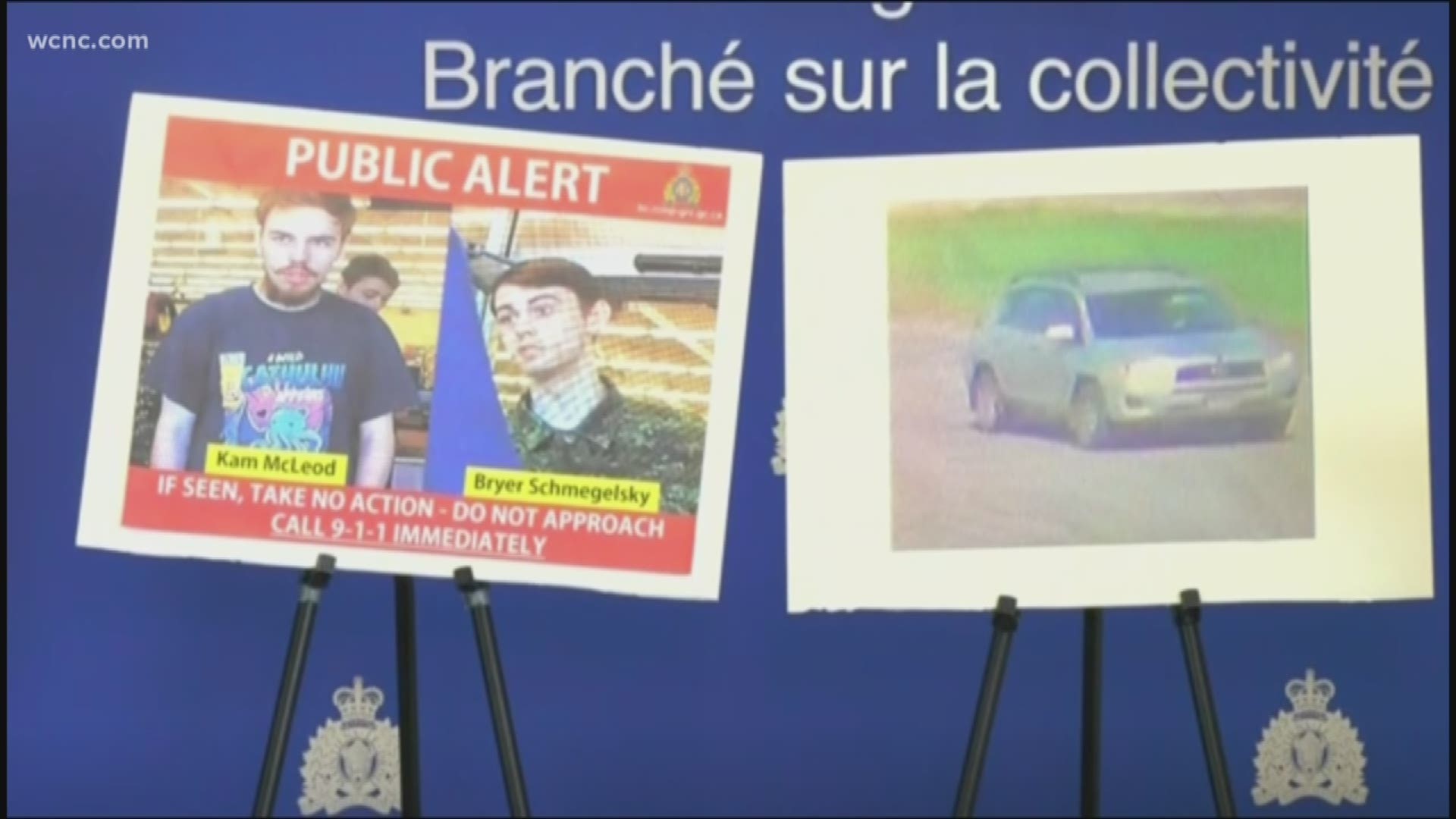 BRITISH COLUMBIA, Canada — Canadian police identified two suspects in the murders of a Charlotte woman and her Australian boyfriend.

Kam McLeod and Bryer Schmegelsky are believed to have left British Columbia and were spotted in northern Saskatchewan.

"We had no information as to Kam and Bryer's whereabouts, and because we made the appeal yesterday (Monday), we now have new information where we've confirmed that they were seen in northern British Columbia," an official said.

Authorities also believed McLeod and Schmegelsky were suspects in the suspicious death of a man in Dease Lake in British Columbia.

The public was warned not to approach the suspects and call 911 if they see them.

British Columbia Royal Canadian Mounted Police have been investigating the murders of 24-year-old Chynna Deese and 23-year-old Lucas Fowler, who were found shot to death in rural Canada earlier this month. The couple had been on a road trip together.

On Monday, authorities released a sketch of a man believed to be a person of interest.

Credit: BC RCMP
Canadian police are looking for this person of interest in the shooting deaths of Chynna Noelle Deese, 24, of Charlotte, NC, and Lucas Robertson Fowler, 23 of Australia