The cherries in Linden and Lodi are nearly ready for harvest, but some wet weather in the forecast could be harmful to the popular fruit. 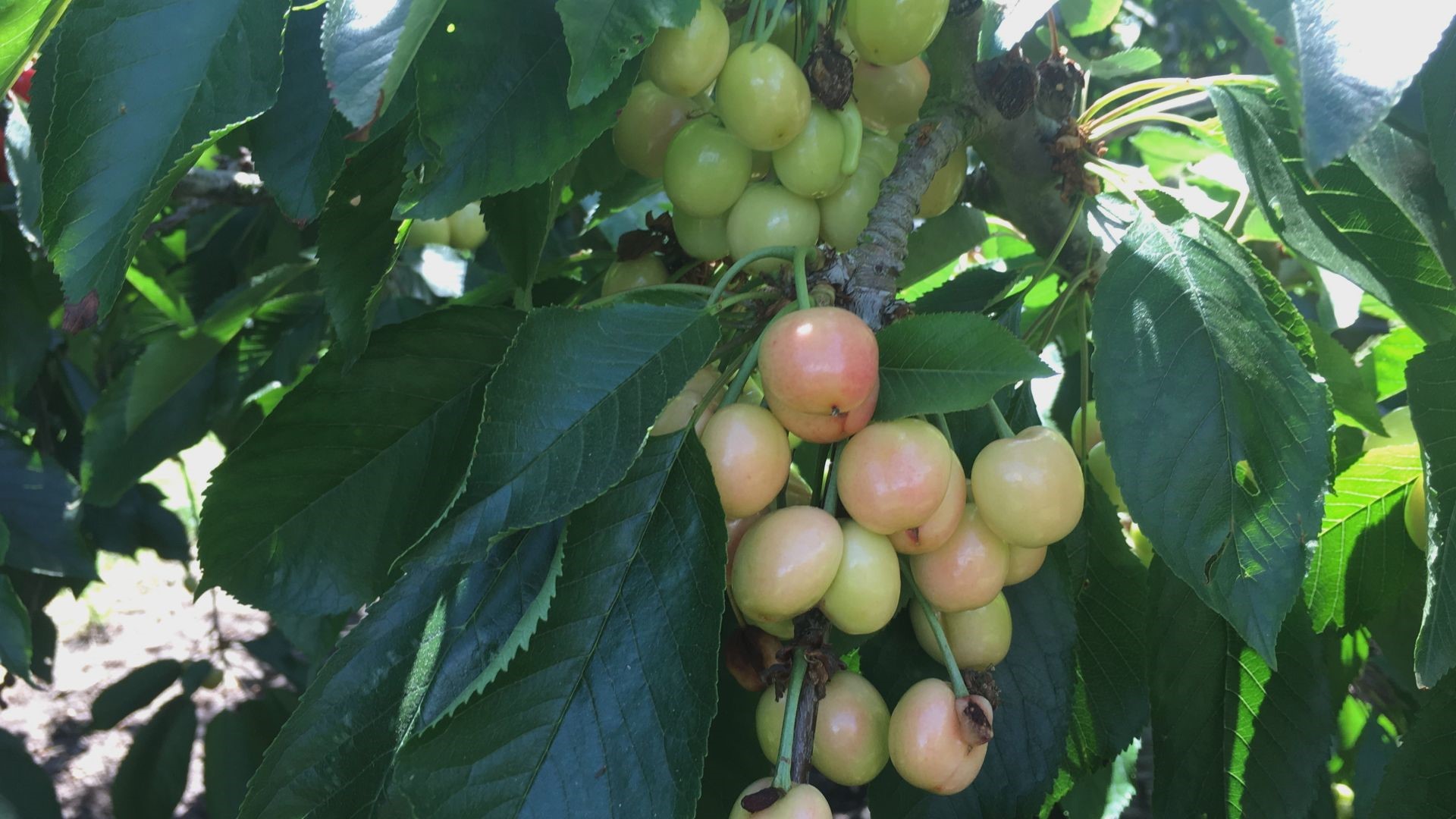 LINDEN, Calif. — Linden grower Ken Vogel is looking at a bumper crop cherry season, having yielded an unusual amount of the popular fruit compared to previous years. This year, he said he has more than double the amount of cherries in his orchards than last year.

But much of his 14 acres could be ruined if rain comes.

"Rain will soak into the cherry through the membrane, and it will cause the cherry to expand, if you get heat," says Vogel. "So, the worst thing would be rain followed by bright sunshine for a few hours."

This was projected to be a bounce back year for many growers in the area after seeing an incredibly low yield in 2018. According to reports, 2018 cherry volume was 3.96 million cartons — more than 40 percent fewer than 2017.

In the latest San Joaquin County Agriculture Commissioners report from 2017, cherries ranked as the counties fifth most valuable commodity.

"We need to see the rain at the right time of the year. The wrong time of year during harvest can be devastating for folks," says Bruce Blodgett, Executive Director for the San Joaquin Farm Bureau Federation. "We're watching out, holding our breath a little bit, and hoping this storm doesn't turn out to be much."

The majority of Linden and Lodi area cherries are still on trees. Depending on the variety, much of that fruit is still green and is expected to ripen to its red color in the next two weeks.

Vogel says that the closer a cherry is to being ripe, the more susceptible it is to absorbing moisture because of their thinner outer layer.

He said he hopes to begin harvesting his cherries before the end of the month, but rain is expected in the forecast for Wednesday, Thursday and well into the weekend.

"The best thing - and there's always going to be some damage with the rain - is to get cloudy and windy after that," said Vogel. "You hope for the best. Cherry growers have to be optimistic."