The Keyes Fire Protection District says every chicken in the building was lost to the fire. 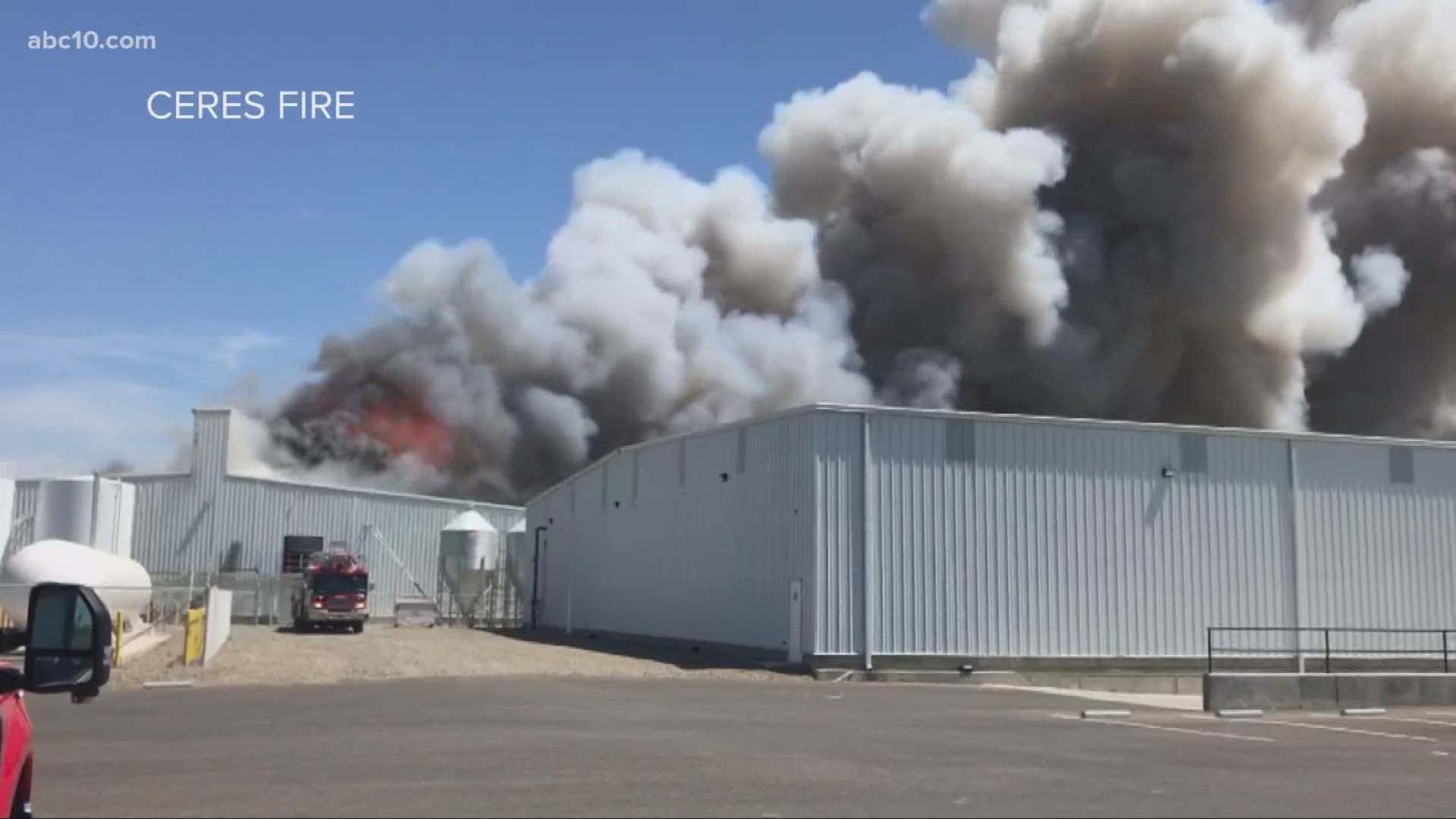 CERES, Calif. — Multiple firefighters responded to a large fire at a chicken barn near Ceres in Stanislaus County.

The fire happened at 3 story chicken house on Barnhart Road and is now contained after a four-hour fire fight, according to a Battalion Chief with Ceres Fire Department.

Officials said the chicken house is used to house egg laying hens. Chief Erik Klevmyr, of Keyes Fire Protection District, said every chicken in the building was killed. While the fire district said the number dead was anywhere between 500,000 to 650,000, Susan Gemperle-Abdo, a co-owner of the barn, told ABC10 280,000 were killed.

It was tragic outcome for many involved. Christine Morrissey, executive director of Harvest Home Animal Sanctuary in Stockton, said she was hoping at least one animal's life could have been saved.

"it's unbelievable to know that so many animals - hundreds of thousands of animals - were trapped inside this building that's not that big," she said. "And they were stuck inside as the flames ripped through this building. It's hard to imagine that amount of suffering."

According to the Stanislaus Regional Fire Investigation Unit, authorities don't know the cause or origin of the fire yet. The investigation is ongoing, but officials did say no firefighters or chicken farm staff were injured.

As for the eggs themselves, Gemperle-Abdo said the farm's eggs are dispensed through NuCal, an egg distributor for Northern California, so there shouldn't be a disruption to the food supply chain.