After hitting a spike strip, the car went off the freeway, down an embankment where it caught fire. CHP officers rescued the man from the burning car. 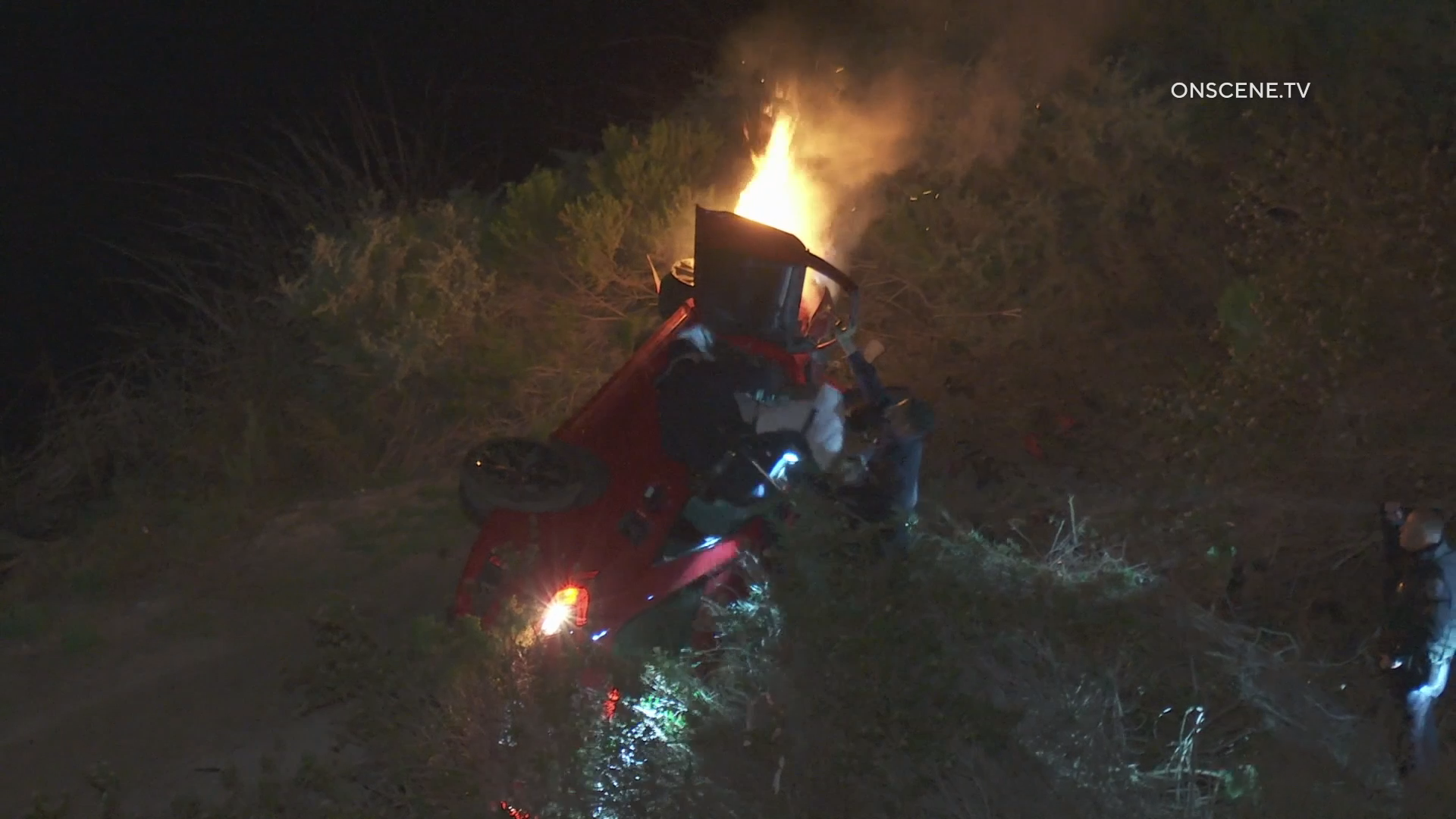 CHP reports that the pursuit hit speeds of more than 100 mph on southbound Interstate 5.

The vehicle lost control and went over the side of the freeway and down an embankment where it stopped and caught fire.

Within minutes CHP officers were down the embankment with fire extinguishers. Thick brush made the trek down difficult. Sergeant Nicholas said the officers contacted the party who was trapped in his vehicle and eventually pulled the man out of the passenger side door.

Sergeant Nicholas added, “if they had not pulled him to safety he would’ve undoubtedly perished in the vehicle”

Camp Pendleton Fire arrived shortly after and was able to extinguish the fully engulfed car on fire.

CHP reports they believe the man who started the chase was under the influence of alcohol.