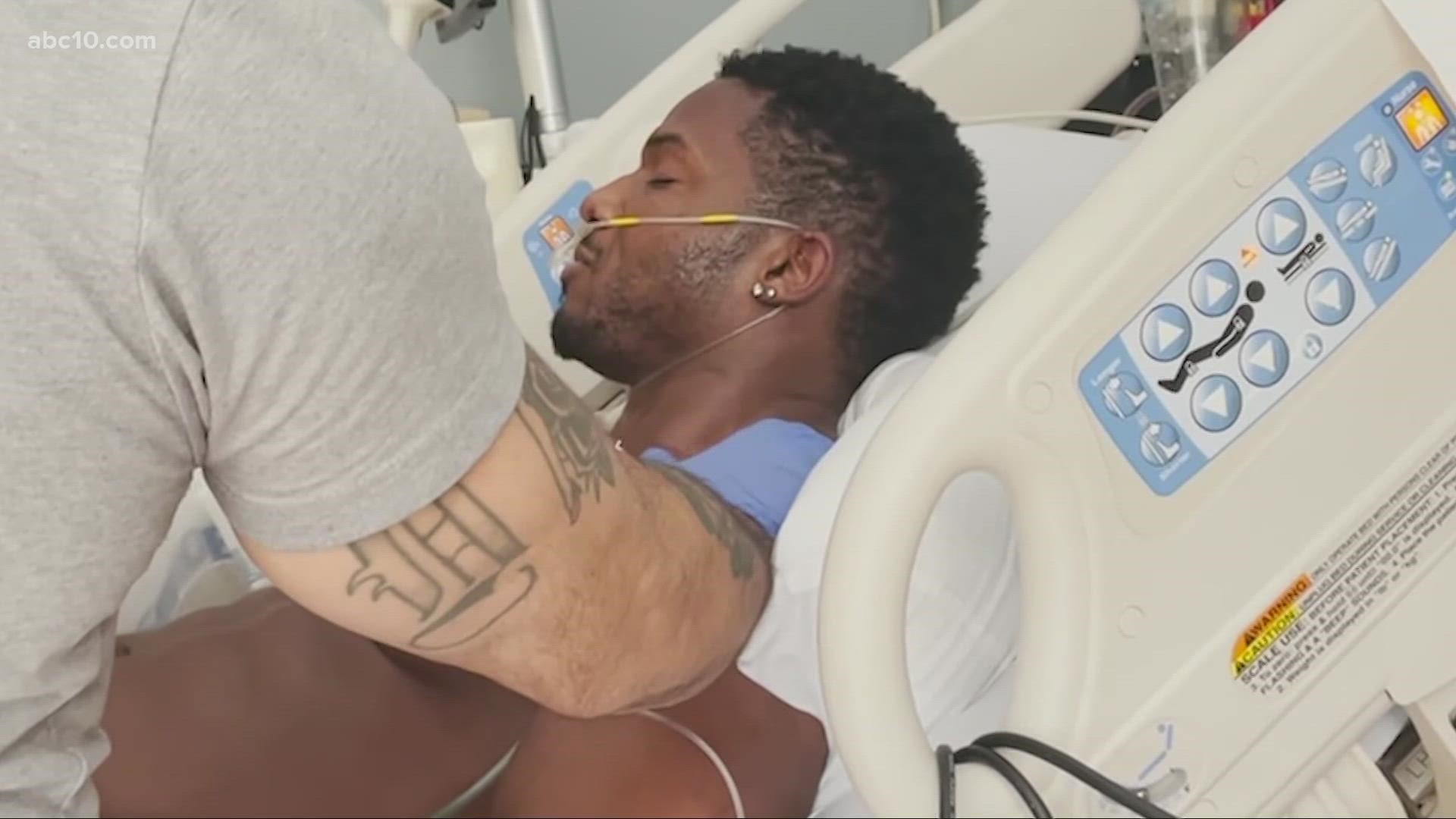 Kurt Carr Jr. was at home cooking when a pot caught fire, according to his fiancé, Carlos Valencia. In a scramble to put the fire out, he was splashed with oil.

"And then that ignites, and so now he's completely engulfed in flames on both of his legs, his arm," Valencia said when he returned to their home on Sunday.

Carr made it out of the burning house and sought help from a neighbor. He is now receiving care at Mercy San Juan Medical Center in Carmichael, where Valencia says he rarely leaves his fiancé's side.

"And that’s to hold him and cherish him and keep telling him 'I love you. I love you. I’m here for you. I’m not going to leave you,'" Valencia said.

The fire has left the couple with questions about their future.

Friends have set up a GoFundMe page to help the couple, raising more than $8,000 by Sunday night.