Man killed after shootout near Sunrise Mall in Citrus Heights

One of the officers was hit in the “slack area” of their bulletproof vest but was uninjured. The suspect was killed. 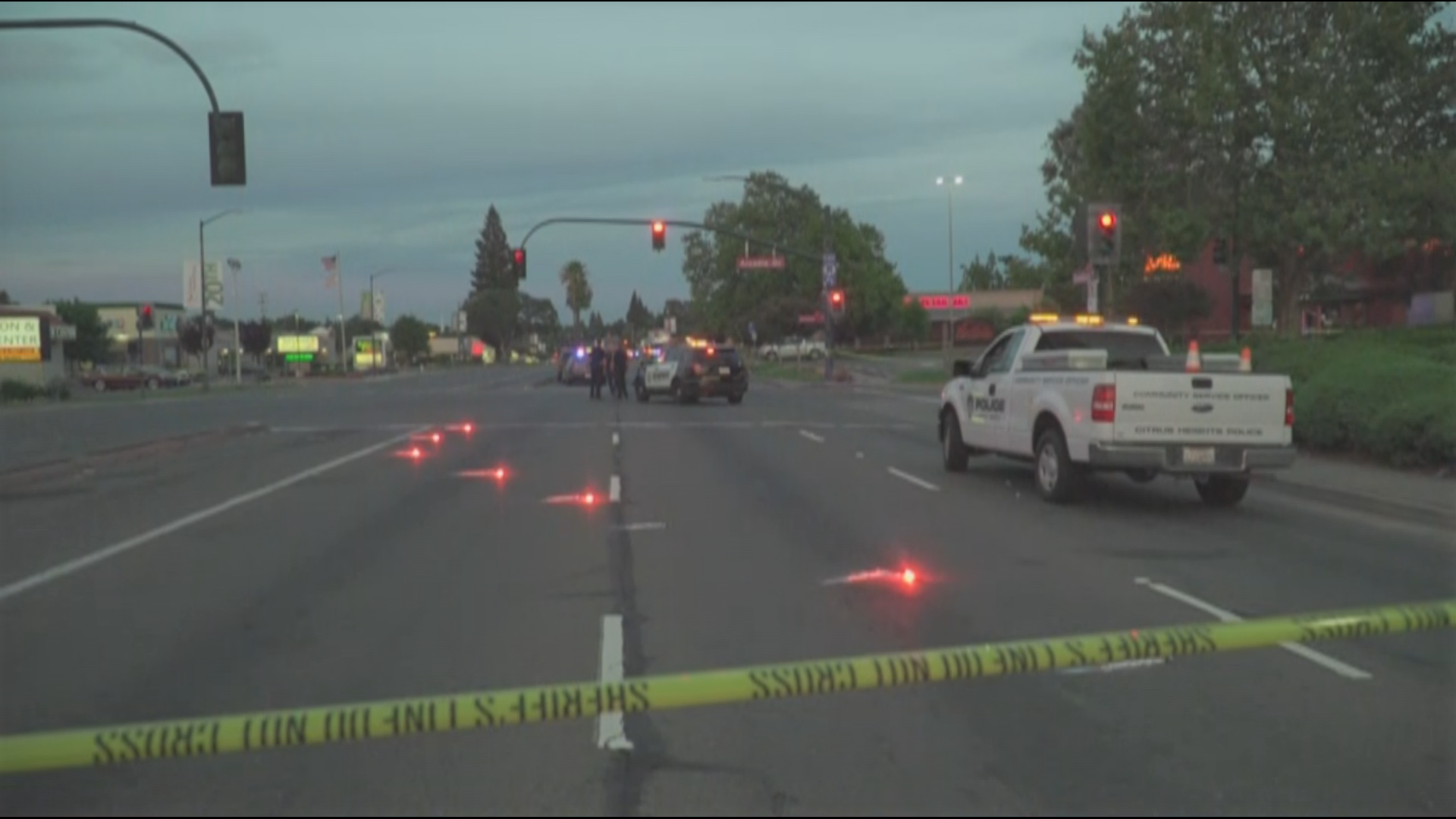 Police originally reported a K9 officer was shot in the face during a chase and shootout with a suspect along Greenback Lane near Sunrise Mall on Tuesday, July 9. After rushing the K9 to the veterinary hospital and cleaning the dog's face, it was discovered the dog was not shot in the face.

Police said the blood that covered the dog's face was that of the suspect.

A man is dead and a police K9 injured after a shooting near Sunrise Mall in Citrus Heights Tuesday night.

The shooting happened in an area near the mall and the Red Robin restaurant in the 7900 block of Greenback Way.

The officers were responding to a “shots heard” call around 7:30 p.m. Shortly after they arrived at the scene, the officers said they spotted someone matching the description from the call running from the area. When the officers asked that person to stop, they say the man turned around and immediately opened fire.

A police K9 was shot in the face. One of the officers was hit in the “slack area” of their bulletproof vest but was uninjured. The officers returned fire and killed the suspect. That man has only been identified as an adult male.

Police officials said the K9, Dax, was taken to a veterinary hospital in unknown condition.

During the exchange of gunfire, police said a stray bullet went through the windshield of a car with at least one person inside. That person was not injured.

All eastbound lanes of Greenback Way, beginning at Sunrise Boulevard, have been shut down while police investigate. There is no estimated time for re-opening the roadway.