Meet the Citrus Heights 'Snack Man' who's feeding the homeless

Despite being unable to walk, Alfred "Snack Man" Sanchez goes out every day to bring the homeless food and companionship. 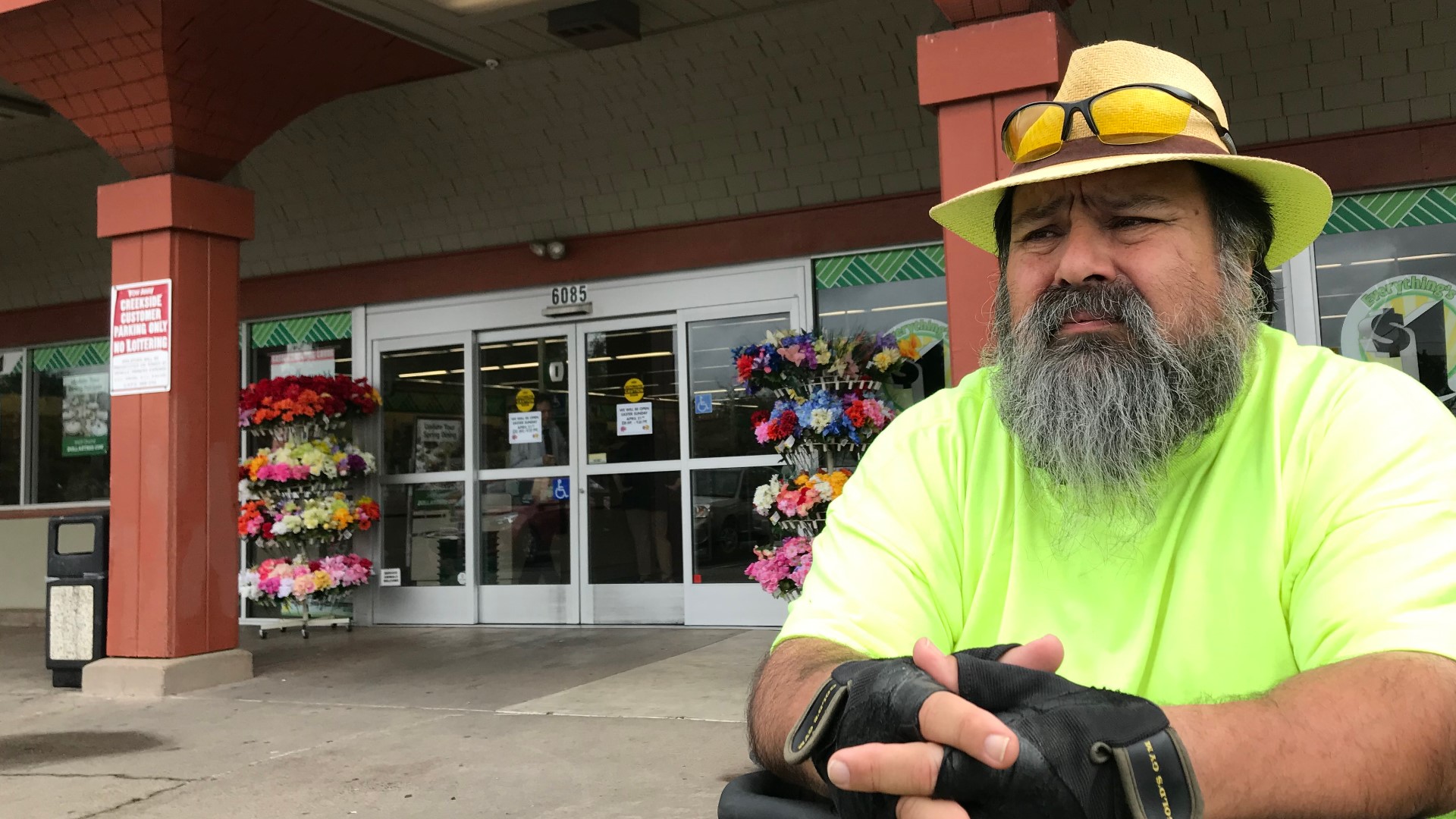 CITRUS HEIGHTS, Calif. — Alfred Sanchez has lived in Citrus Heights most of his life. A health condition more than 20 years ago left him without the use of his legs. Still, that hasn't stopped him from making it his mission to give back daily to those less fortunate.

Each morning, Sanchez loads bags attached to his scooter with snacks, drinks and small items like socks.

When his bags are bursting with items he hits the road, searching for the homeless in his community. This has earned him the name "Snack Man" around town.

Sanchez says many of the homeless have become skilled at hiding because they are used to being told to move. Yet, the Snack Man knows where most of them are located. When they see him, they come by to accept his gifts and share a few minutes of conversation.

One homeless man who called himself Abe explained what it means to have the Snack Man stop by every day.

"It's such a...it's a mild gesture but it goes a long way, you know," said Abe. "Sometimes we're a little hungry and sometimes are exactly what we need to come our way."

Sanchez doesn't talk to the men and women he encounters like charity cases. He addresses them on their level, with complete dignity and respect.

"I've had people tell me," explained Sanchez, "They say 'Snack Man, even if you didn't give us snacks out here, it's just the fact that somebody comes out here and talks to us.'"

When asked why he continues to go out day after day and why he spends his time and money to assist the homeless in his community, he says he has no other choice.

"I can't ignore it," said Sanchez. "You know, I can't just turn my head and walk away. I know a lot of people do and I understand it and stuff. You know they give to their churches and all that. But that's just not me."

Sanchez makes YouTube videos to explain what he does and why he does it. He also interviews homeless people to try to make their stories heard.