The memorial, built in 1926 by the Daughters of the Confederacy, honors Confederate veterans who fought in the Civil War. 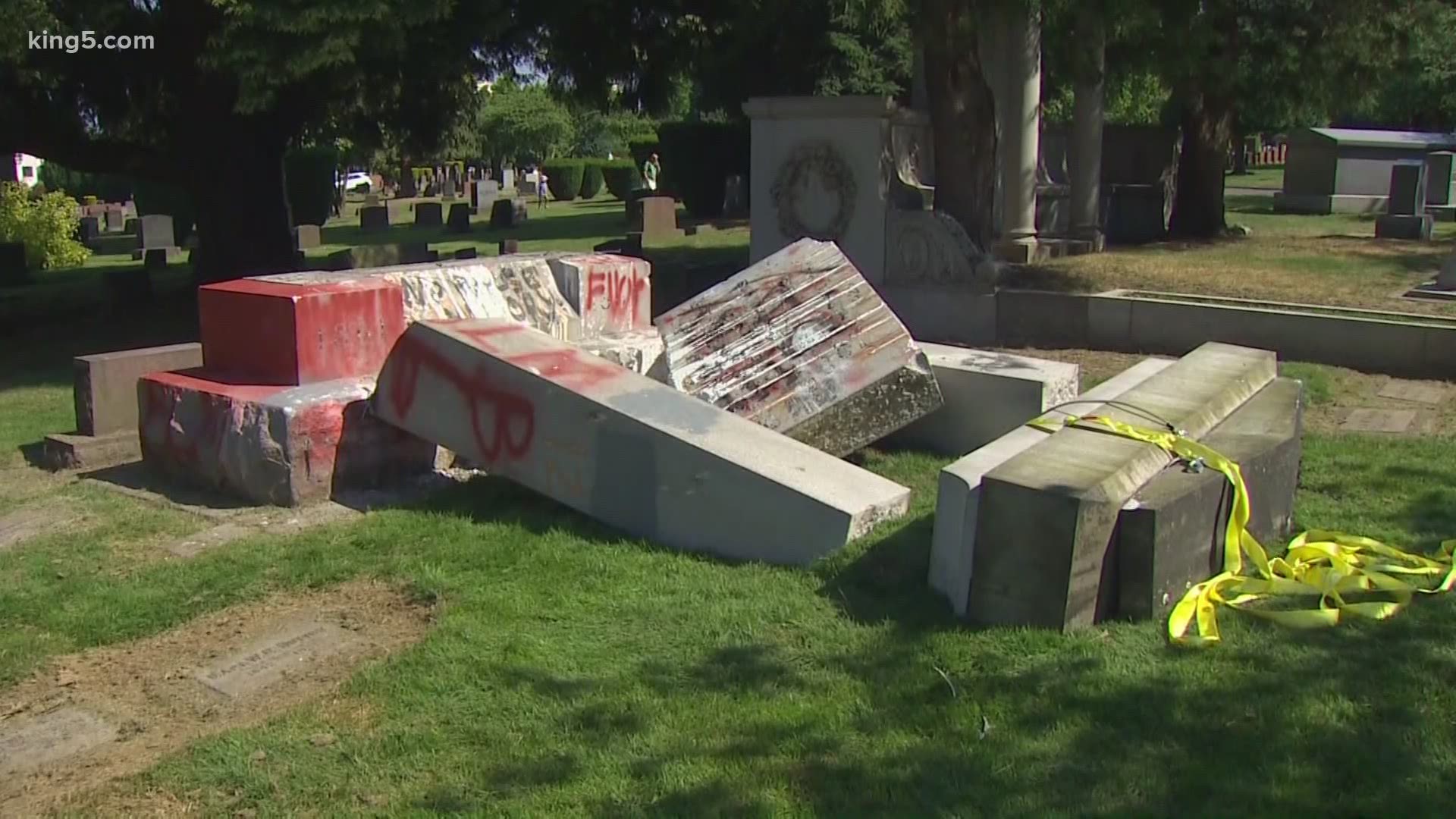 SEATTLE — A Confederate memorial in Seattle was destroyed sometime over the Fourth of July weekend.

The Confederate memorial inside Lake View Cemetery in the Capitol Hill neighborhood was found toppled over Sunday. It's unknown who was responsible for pulling the statue down.

Seattle's memorial has been vandalized multiple times in the past. The most recent incident happened in June. Vandals spray-painted and damaged the structure.

The memorial, built in 1926 by the Daughters of the Confederacy, honors Confederate veterans who fought in the Civil War.

Symbols like it are being targeted across the country because they pay tribute to soldiers who fought to preserve slavery and white supremacy.

A non-profit organization owns and manages Lake View Cemetery. A cemetery board member said the Daughters of the Confederacy still own the memorial, and it would be up to them to decide what to do with it.

The board member told KING in June after the most recent vandalism incident that the cemetery and the memorial owners are talking about the monument's future, including taking it down.

Now that it's been torn down, it's unclear if the structure will be restored.