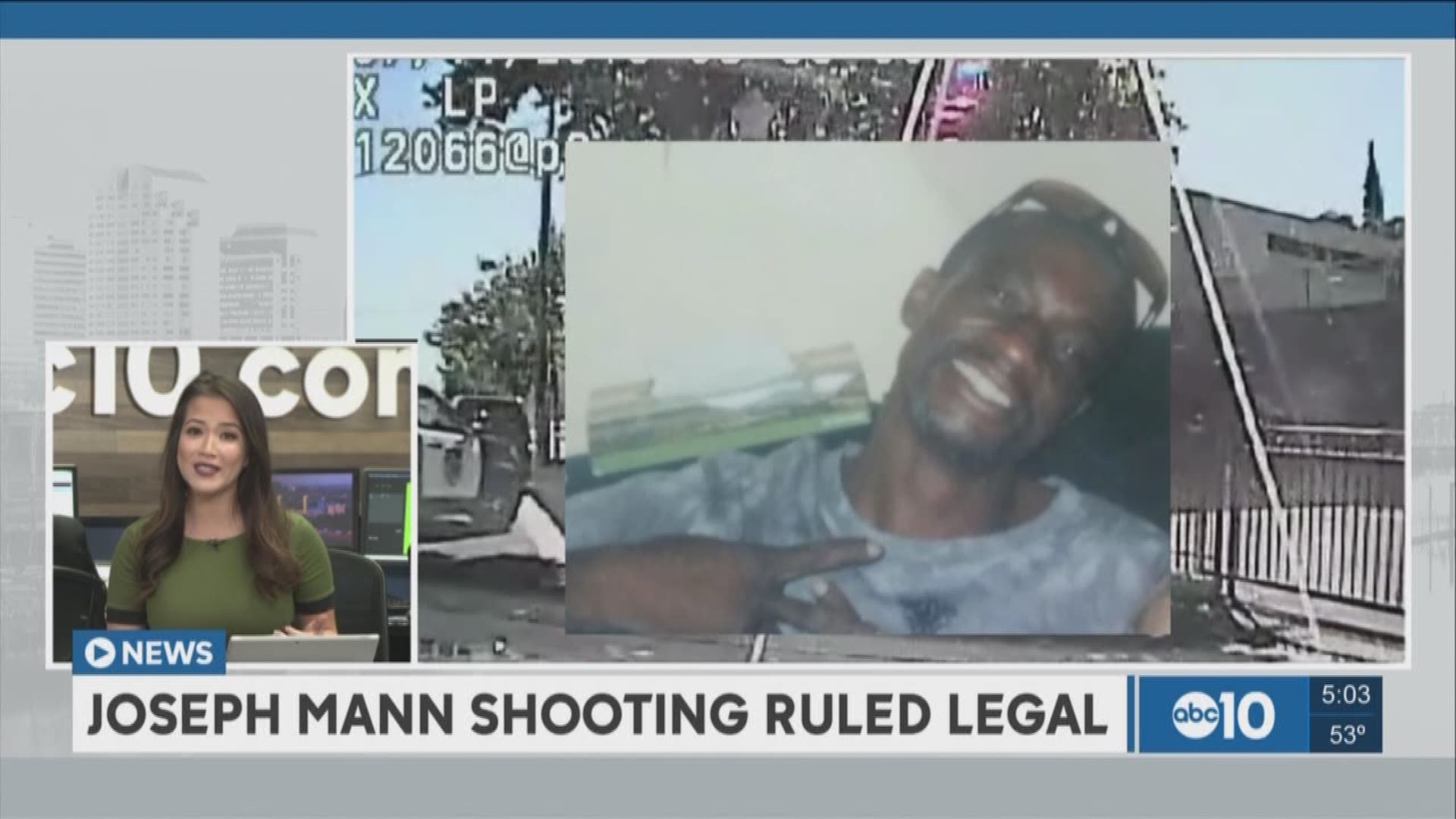 According to a press release from the the District Attorney’s Office, it wa determined the two officers lawfully shot Mann after he threatened them, as well as other officers and several civilians, with a knife.

Mann was shot and killed by Sacramento police July 11, 2016. Four videos were released last year by the police department showed Mann being shot at 18 times, 14 bullets hitting his body.

The release states, "Mann posed an imminent threat of death or serious bodily injury to the responding officers and the public."

"The officers were justified in shooting Mann to defend themselves and each other, to protect the public from imminent harm, and to prevent the escape of a suspected felon who posed a significant threat of death or serious bodily injury to others," the release continued.

In addition, Sacramento Mayor Darrell Steinberg released the following statement on the ruling:

"I have enormous respect for the men and women of the Sacramento Police Department. But what unfolded with Joseph Mann is extremely tragic, unacceptable, and we are reminded of that again today with the District Attorney’s decision.

As Mayor, I am committed to ensuring we leave no stone unturned as we look back on what happened. It is why I will be laser focused on the results of the ongoing internal investigation. If the internal investigation concludes officers were following policy, then it is past time for us to change those policies. There must be accountability.

What else can we do to take responsibility – to show a demonstrable difference – to reconcile outdated policies and practices with where the true heart and culture of our police department and City stands with our community?

This is one of my top priorities and why City Council voted unanimously to pay for 40 hours of comprehensive crisis intervention training for our entire police department during our third meeting.

It is our responsibility and moral imperative to have the best trained, equipped and supported community police to protect all of our citizens and community at large. We should accept nothing less and I will work to ensure we are a city that supports the men and women in uniform so they can support all of us.”

The District Attorney’s Office report detailing is available to the public and can be found here.