Daffodil Hill to remain closed for 2018

Daffodil Hill, the popular springtime attraction, announced on Facebook they are not opening for the 2018 season. Roughly 60 miles east of Sacramento, the epicenter for flowers blamed the "unusual weather" for their decision not to open. 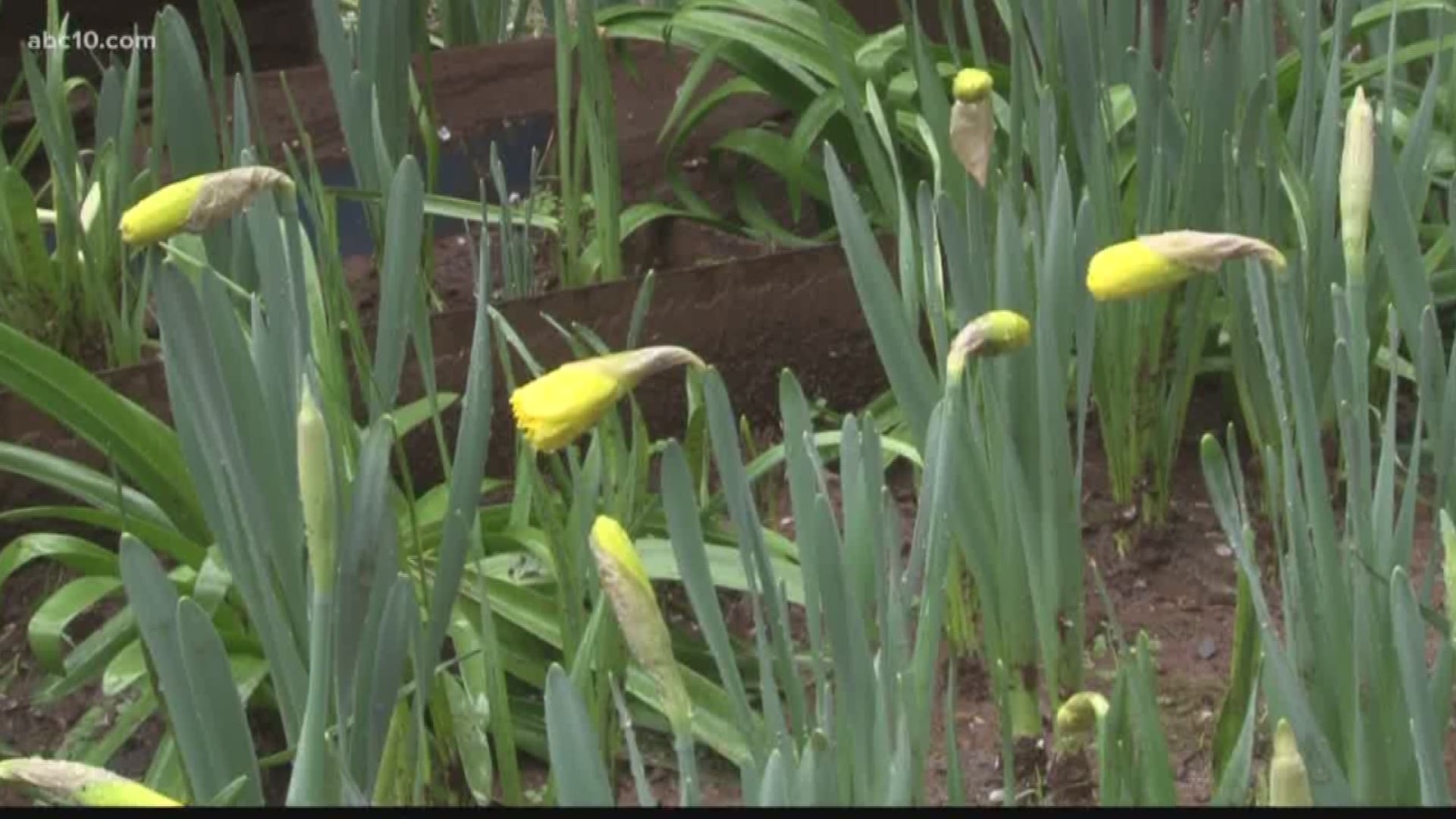 Daffodil Hill, the popular springtime attraction, announced on Facebook they are not opening for the 2018 season. Roughly 60 miles east of Sacramento, the epicenter for flowers blamed the "unusual weather" for their decision not to open.

In their Facebook post, they said the planted 15,000 bulbs last November in anticipation of the next season. With warm weather in February, they even thought they were going to open early.

However, since the end of February, they've routinely seen either rain, hail, or snow.

"The early flowers are gone and the ones that are up are badly damaged," the post says.

"Well I am a little disappointed. I always come here as a kid. Some special memories here," said Rebecca Grim, who grew up in Stockton, but drove up from San Luis Obispo to check out the blooms.

While for the most part the flowers look beautiful, some are wilted and beaten down because of rain, snow and hail.

"The reality is it's just not good conditions up there when it's wet," said Martin Ryan, Amador County Sheriff.

So, why is Ryan shutting it down himself? He and his two brothers just happen to own the iconic tourist destination.

His family has owned the 540-acre property since 1887. They purchased it from a Dutchman named Pete Denzer, who planted the original flowers to remind him of his homeland. In 2017, more than 15,000 daffodil bulbs were planted in November.

Ryan believes it's the first time dating back to 1940 when the Hill was open to the public, but now will be closed. At the Kneading Dough Bakery on Main Street in Volcano, less tourists mean less bread they'll make.

"Normally, when Daffodil Hill comes this place is so packed. There is no tables. It's hard to get up to the table to order," said head cook Dominque Orozco.

And at the Country Store next to the bakery, which has been in business since 1852, figures that nobody to see the bloom means no boom in business.

"And Daffodil Hill is kind of like the kick start to our spring season, the spring and summer. And that's where we get a lot of our business," said Amy Stuart, who works in the store.

So, if Mother Nature cooperates a year from now, the sheriff is hopeful too see you next spring. Anytime sooner may not be a good idea.