Beer for a butterfly? A UC Davis professor's annual contest

A UC Davis professor is offering a pitcher of your favorite beer in exchange for catching a butterfly. Not just any butterfly, a Cabbage White Butterfly (Pieris rapae). 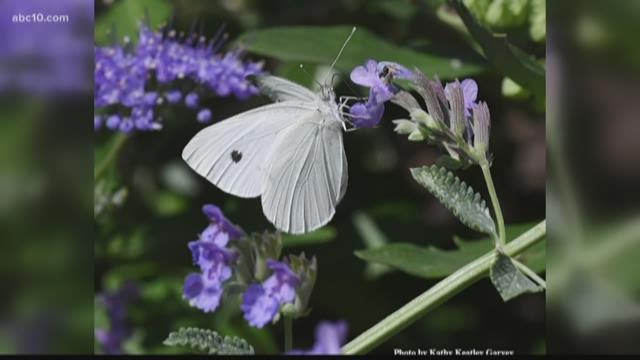 Beer for a butterfly?

A UC Davis professor is offering a pitcher of your favorite brew in exchange for catching a butterfly and not just any butterfly, but a Cabbage White Butterfly called a Pieris rapae.

Its one of the most common butterflies in the world and evolution and ecology professor Art Shapiro has a long history with the insect.

The contest is a part of his long-term study on climate change and butterfly life cycle. Pieris rapae is emerging earlier and earlier as the regional climate has warmed, said Shapiro.

"The first person to catch the first one of the year will get a pitcher of beer," he continued.

For the past 45 years, Shapiro has been documenting when the cabbage butterfly emerges from their cocoon. He says the butterflies are reacting to warming temperatures and published a paper about his field and lab studies.

"On average they are coming out 21 days earlier than they used to," he said. The beer for butterfly contest may be a bribe but Shapiro wants citizen scientists to help find the first cabbage butterfly of the year.

"We have to understand how the current conditions control life cycles so we can project those life cycles into the future," he continued.

Here is a list of the rules and guidelines the professor has set:

"Since 1972, the first flight of the cabbage white butterfly has varied from Jan. 1 to Feb. 22, averaging about Jan. 20," said Shapiro, who researches biological responses to climate change and has won all the contests but four.

Shapiro's four defeats came from UC Davis graduate students: Adam Porter won in 1983; Sherri Graves and Rick VanBuskirk each won in the late 1990s; and Jacob Montgomery in 2016. The first three were his own graduate students.

Shapiro netted the first cabbage white butterfly of 2017 at 1:56 p.m. on Thursday, Jan. 19 in the student gardens near the Solano Park Apartments.

"This was the second year in a row that the first rapae was found in a garden rather than one of the conventional 'warm pockets,' Shapiro noted. The 2016 winner? UC Davis ecology graduate student Jacob Montgomery collected it in his garden in West Davis on Jan. 16.

He predicts that the first butterfly of 2018 may be collected as soon as Jan. 5 or 6, "depending on the weather."

Over the last eight years, five of the winning butterflies came from West Sacramento; two in Davis, Yolo County; and one in Suisun, Solano County.