Crews with Fish and Wildlife tranquilized the bear and checked it out in the lab before releasing it back into the wild. 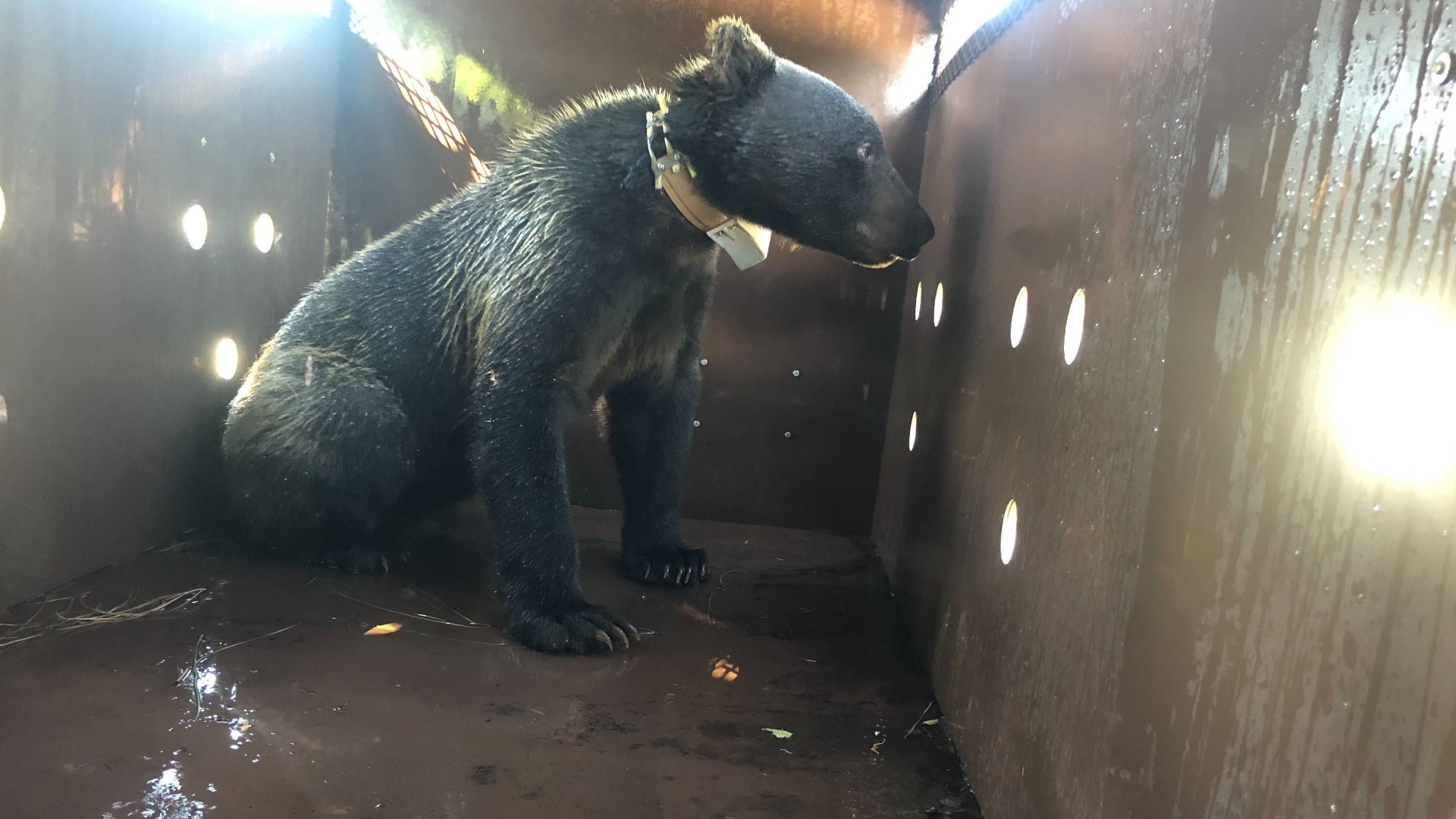 DAVIS, Calif. — UC Davis student Christian Olmos noticed something Tuesday morning lurking around a grassy area, but he had no idea what he was able to stumble across.

"I'm driving at 5 a.m. down Old Davis Road. I stop, look to my right, and I see this figure leaning on the tree," said Olmos. "I just think it's a project from an art student. As I go forward, I see the bear move. As soon as I saw him again, he just bolts up a tree."

What Olmas saw was a California black bear. He said he immediately called 911. Eventually, Fish and Wildlife showed up and tranquilized the bear. Then they took it back to the laboratory for an evaluation before ultimately releasing it back into the wild.

READ ALSO: Bear bribes 'guard dog' with deer bones so it can go through man's trash

Fortunately, bear sightings are rare in Davis but this may not be the last time locals see a bear.

"We are seeing slow growth in the population of the bears in California," said Kyle Glau, from California Department of Fish and Wildlife. "It's not common to see them in the area, but it's not impossible that the residents of Davis aren't going to see that again in the future."

Many people wonder how a bear can wander into a city like this. Few residents know that Davis was once home to black bears.

"There's a variety of possibilities of where this bear was previous to showing up there. He probably wasn't too far. And there are some urban areas close by. The fact of the matter was that he was looking for one of three things...and that is food, water, or shelter, and he happened to find it at UC Davis," explained Glau.

Glau encourages anyone who comes across wild animals to call 911 immediately.