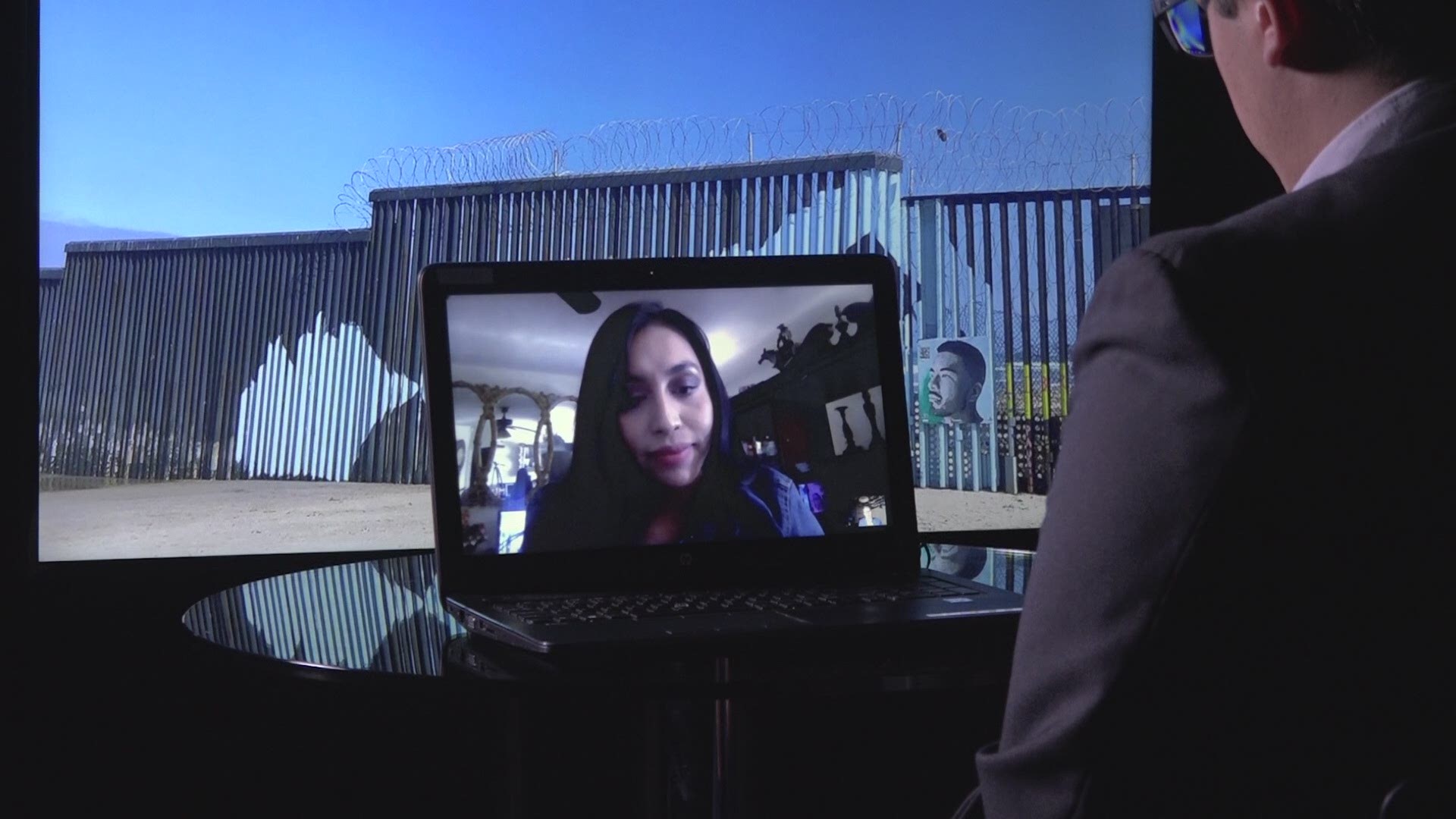 TIJUANA, Baja California — A veteran, deported mothers of U.S. born children, and called dreamers, these are the faces and stories depicted in a new interactive mural.

Immigration is an important and personal issue for the second year doctoral candidate at the University of California, Davis, who calls Fresno home.

“I am part of a mixed status family,” de la Cruz Santana said. “Both of my parents came into the U.S. undocumented."

Both of her parents are now permanent U.S. residents after the 1986 Immigration Reform and Control Act, which granted amnesty to 2.7 million immigrants. Still, she says growing up as the child of immigrants in Southern California helped her better understand the immigrant experience in the United States.

Wrapped around bars on a small portion of the nearly 2,000 mile wall which divide the United States and Mexico is a colorful painted canvas. Visitors to the mural, facing the Tijuana beach, scan QR codes on their cell-phones to hear each of the people represented in the portrait narrate their stories.

De la Cruz Santana hopes her interactive mural will lead to help for the people depicted on the mural.

"So, what I really hope and I think that's the biggest intention from it is for narrators to get some legal help," de la Cruz Santana said.