Mickey Mann, the former owner of the franchise, said his no-politics policy has been in place for eight years, and employees "couldn't wear a MAGA hat in the store." 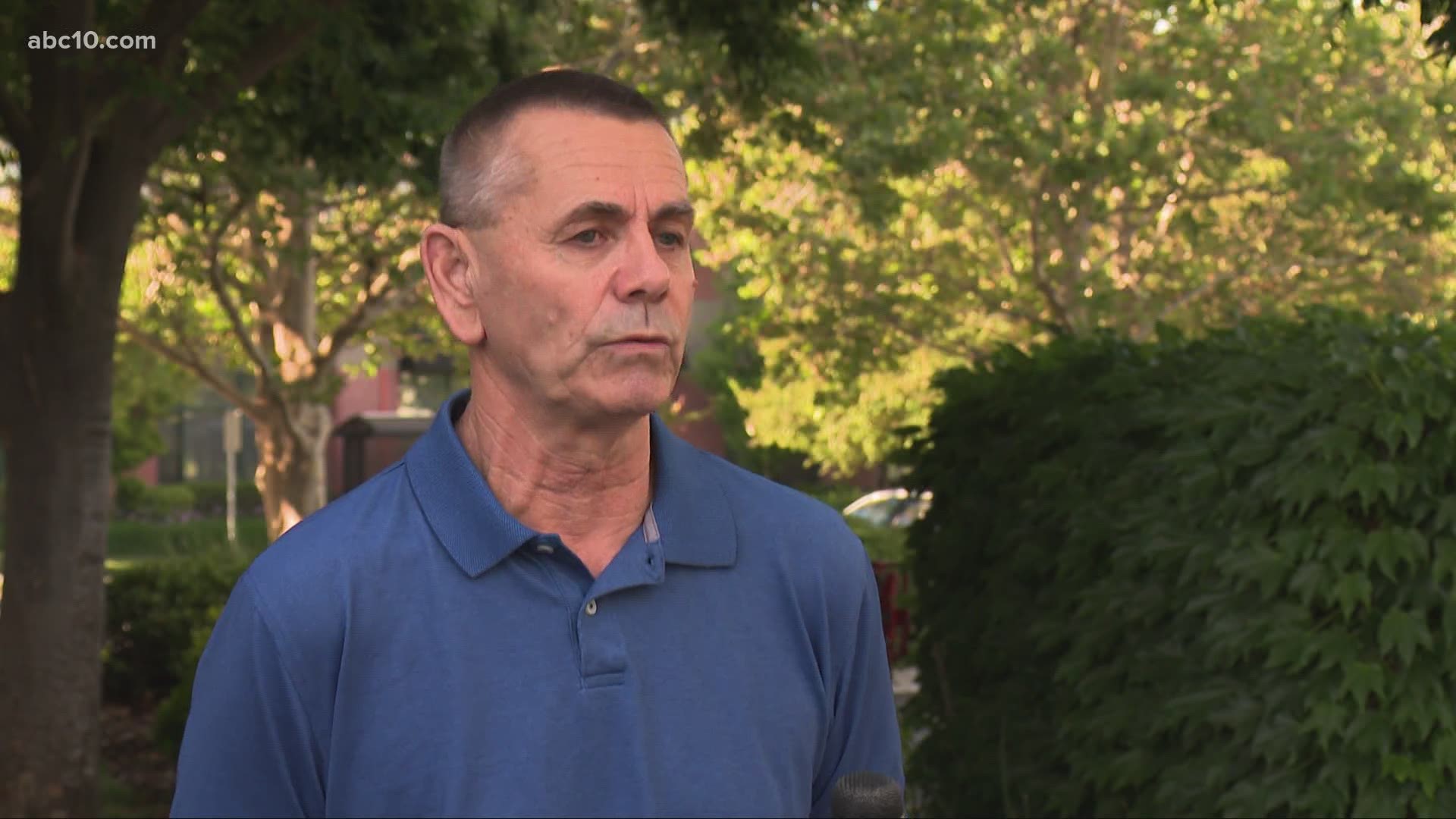 DAVIS, Calif — It did not take long before the Davis Mr. Pickles sandwich shop was closed down by corporate officials. Not even days after the owner of the franchise sent an email to employees comparing the Black Lives Matter movement to the Klu Klux Klan, the store was closed.

In a statement posted to social media, corporate officials called the comments "alarming and painful," adding that the store will only open under new ownership if it does.

The email, sent by former owner Mickey Mann, read, in part, "The BLM is the flip side of the KKK. Their tactics are out of the Mafia play book. They are no better that (sic) some of the worst oppressive regimes in the world."

On Thursday, in an interview with ABC10, Mann said that he wishes that he did not send the letter but that he stands by his statements.

The Southern Poverty Law Center describes the Ku Klux Klan as "the oldest and most infamous of American hate groups." First created in 1865 by former Confederate army officers, the Klan’s birth was a direct result of the abolition of slavery in the United States.

The then newly-created but hardly-structured organization had one goal: strengthen white supremacy in America, which they believed was lost when Black people were no longer slaves. They targeted just-freed Black men, politically active Black men, and non-Black allies.

But it wasn't until the second coming of the KKK in 1915 that the organization was at its peak, broadening their targeted attacks to "Jews, immigrants, members of the LGBTQ community and, until recently, Catholics," in order to increase membership to people in the northern and midwestern states.

Some of the members of the KKK included lawyers, police officers, state and federal politicians and community members.

"Lynchings, tar-and-featherings, rapes and other violent attacks on those challenging white supremacy became a hallmark of the Klan," the SPLC says.

Meanwhile, since its inception following the killing of Trayvon Martin and the subsequent acquittal of George Zimmerman, the man who killed the teenager, the Black Lives Matter movement has fought and demanded changes that would dismantle the same white supremacy that the Klan wanted to uphold.

Mann admitted that he wrote the email out of anger after trying to keep politics out of this store, a policy that he said he’s kept there for eight years.

"That's not limited to BLM," Mann said. "They can come in with any right-wing organization they wanted to, it would be the same answer. You can't do that, you couldn't wear a MAGA hat in the store as an employee."

In his email that has since gone viral, Mann told his employees that they could not wear Black Lives Matter pins on their uniforms following the police killing of George Floyd, which sparked worldwide protests against police brutality.

After a back and forth with his staff who wanted to wear the pins, Mann said he was willing to let the employees either wear them or set up a donation jar for Back Lives Matter, with the store donating $500.

"I don't know exactly how it escalated from there, but they became very agitated and I finally was fed up with the situation and I sent that email," Mann recalled.

His email said that if he could do it over again, there would be no discussion, no pins, and no donation jars.

Then the email made its way to social media.

Mann said three of the employees he had the disagreement with quit. Now, after his email went viral, the seven others who worked there are unemployed, collecting pay only for the rest of the workweek.

After being forced to shut down by corporate, Mann said that he and his wife, Bonnie, will retire.