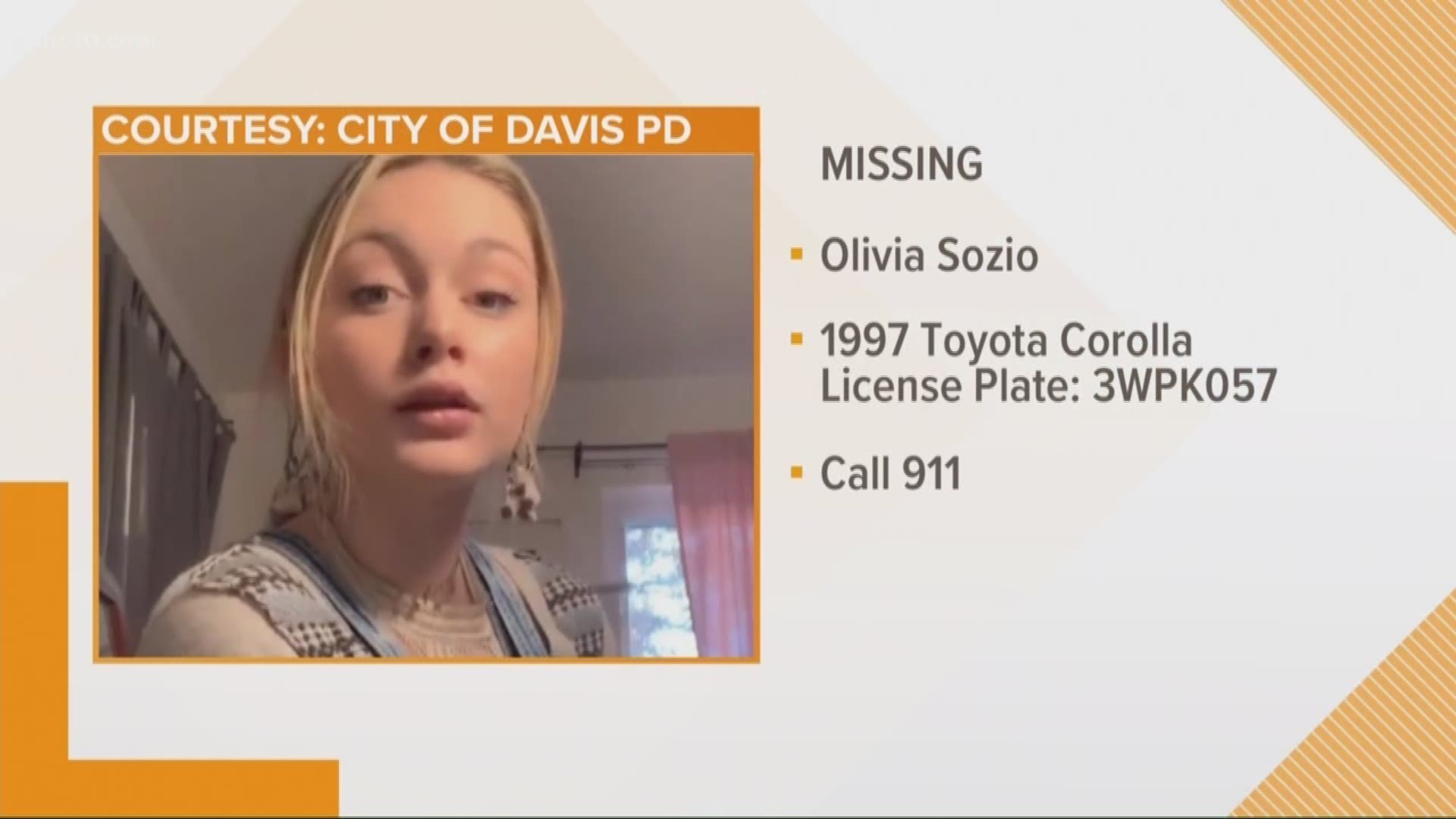 Around 10:30 p.m., investigators said they believe Olivia may be traveling in a white, 1997 Toyota Corolla with California license plate number 3WPK057.

If you have any information regarding Olivia's whereabouts, or if you have information about this vehicle, you are asked to call Lt. Mike Munoz at 530-747-5427.

Davis police are asking the public for help in locating a missing Davis teen who was last seen at around 5 p.m. on Thursday.

Police said 16-year-old Olivia Sozio was last accounted for at around 6:40 p.m. when she spoke to a friend. Sozio's friends and family have not heard from her since then, officials said.