Did a tornado really rip through Davis?

Numerous photos of what appears to be a tornado soon flooded social media and at first glance it really does look like a tornado. 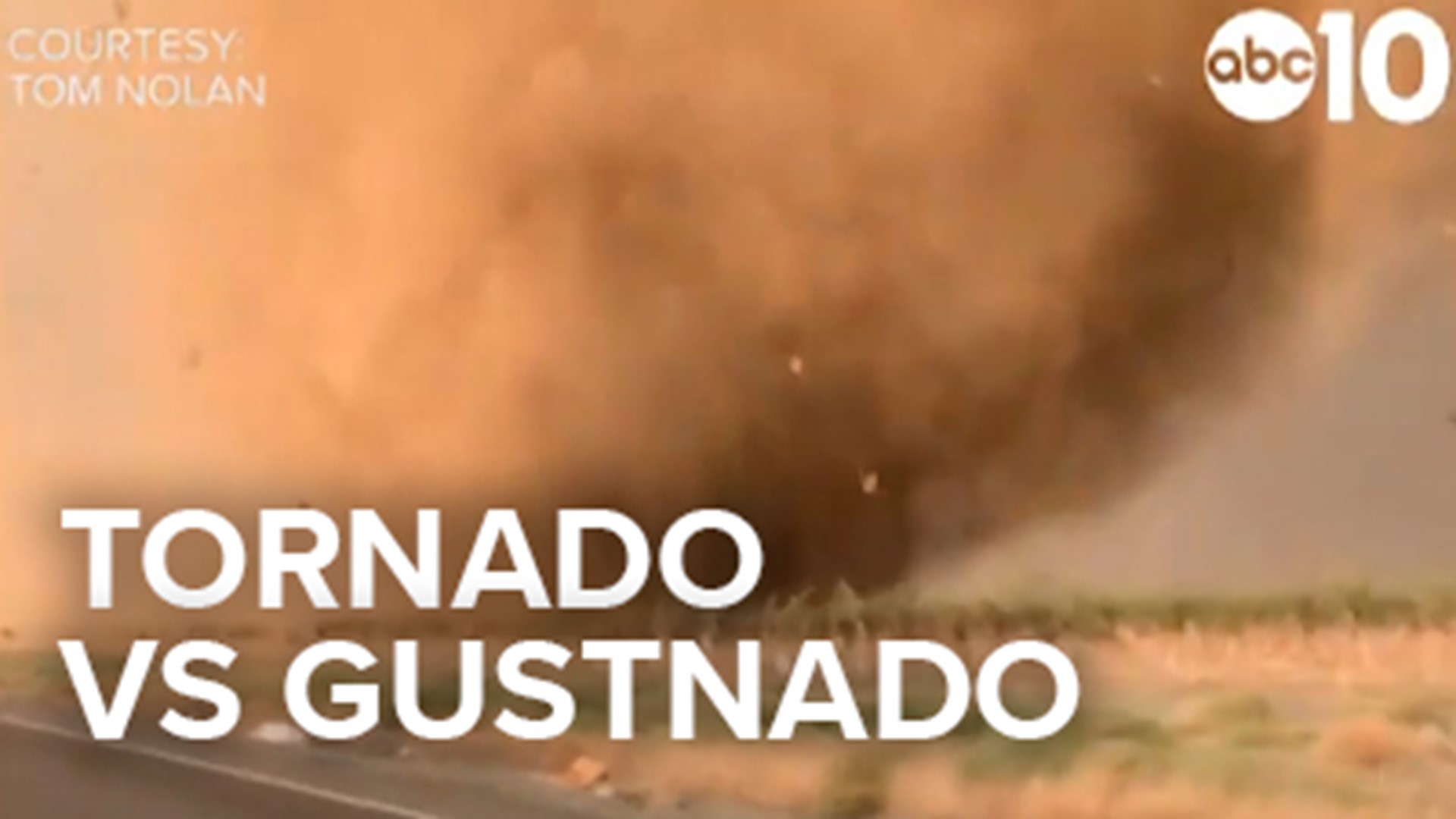 It also produced something else that has sparked discussion online about what exactly was rotating and ripping through fields in Yolo County. Numerous photos of what appears to be a tornado soon flooded social media and at first glance it really does look like a tornado.

The National Weather Service has a team that will evaluate data, including photos and videos, to officially determine what it was. NWS officials said there were multiple gustnadoes and a tornado that spawned from the rotating thunderstorm.

The term gustnado is not a common term outside of meteorology and is used to determine the origin of the tornado. A gustnado will have the look and impact of a tornado but forms away from the base of the thunderstorms.  They can be violent and cause damage and injury.

Landspout is also a term used to describe a tornado that often lacks a condensation cloud connecting it to the thunderstorm. The impact of a landspout is violent strong rotating winds that can cause damage and injury.

A tornado forms from a supercell rotating thunderstorm, originating from the cloud base lowering then connecting to the ground. The impact is violent strong rotating winds that can cause damage and injury.

A dust devil is a strong column of rotating wind, but they form absent of  any cloud above. They can also cause damage or injury.

This storm produced both gustnadoes and a tornado and various images will show one or the other or possibly both.

Do you have any weather questions? Head over to Rob Carlmark's Facebook and ask away.

WATCH MORE: What the Carr Fire vortex or "firenado" looks and sounds like