A group of UC Davis researchers have developed a way to use drones to fight spider mites in strawberry fields and almond orchards. 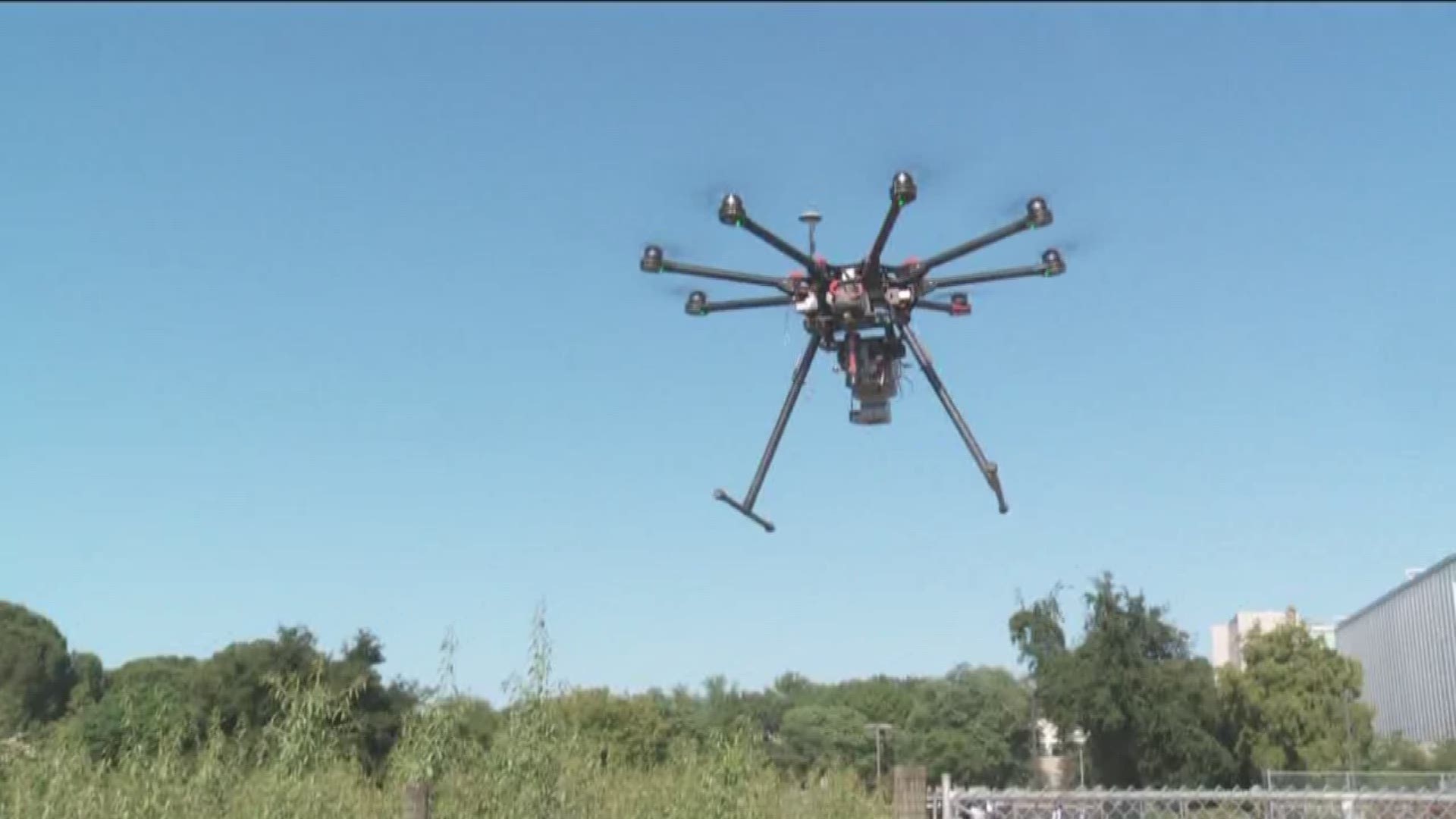 A group of UC Davis researchers have developed a way to use drones to fight spider mites in strawberry fields and almond orchards.

Drones with cameras are first used as the farmers' "eyes and ears" to detect outbreaks of mites in fields. Another type of drone is then used to deliver predator mites — mites that eat the spider mites — to those affected areas.

Out with UC Davis researches for a demonstration on farming...with DRONES pic.twitter.com/jRR4fCybnZ

To figure out the best day and time to fly the drones, the researchers also attach smoke bombs to drones to visualize how the wind will affect the way the predator mites fall.

The research is a collaboration between engineers, ecologists and agronomists, and led by Davis agriculture professor Christian Nansen and mechanical aerospace engineering professor Zhaodan Kong.

Watch --> Researchers are attaching smoke bombs to drones to help figure out where/when to drop predatory mites on farms pic.twitter.com/Fvznx1yIvy

Right now, the Davis team's drones are not used for commercial use, however Nansen told ABC10 that he expects it will be widespread within a few years. Other groups are also working on similar technology and places, such as Brazil, are already using it in their fields.

"I think the take home message is we are not really doing something that unique, but for the public it is a new way of looking at agriculture," Nansen said. "That technology is coming far more and more important as part of our agricultural system."

He said their hope is that eventually many drones will be used on one farm.

"The idea is not to release just one, but to release a swarm of drones," he explained, "So you could in a very short period of time cover a lot of area."