"She was the most amazing person. I feel bad for anyone that didn't know her," said Emily, one of Officer Corona's younger cousins. 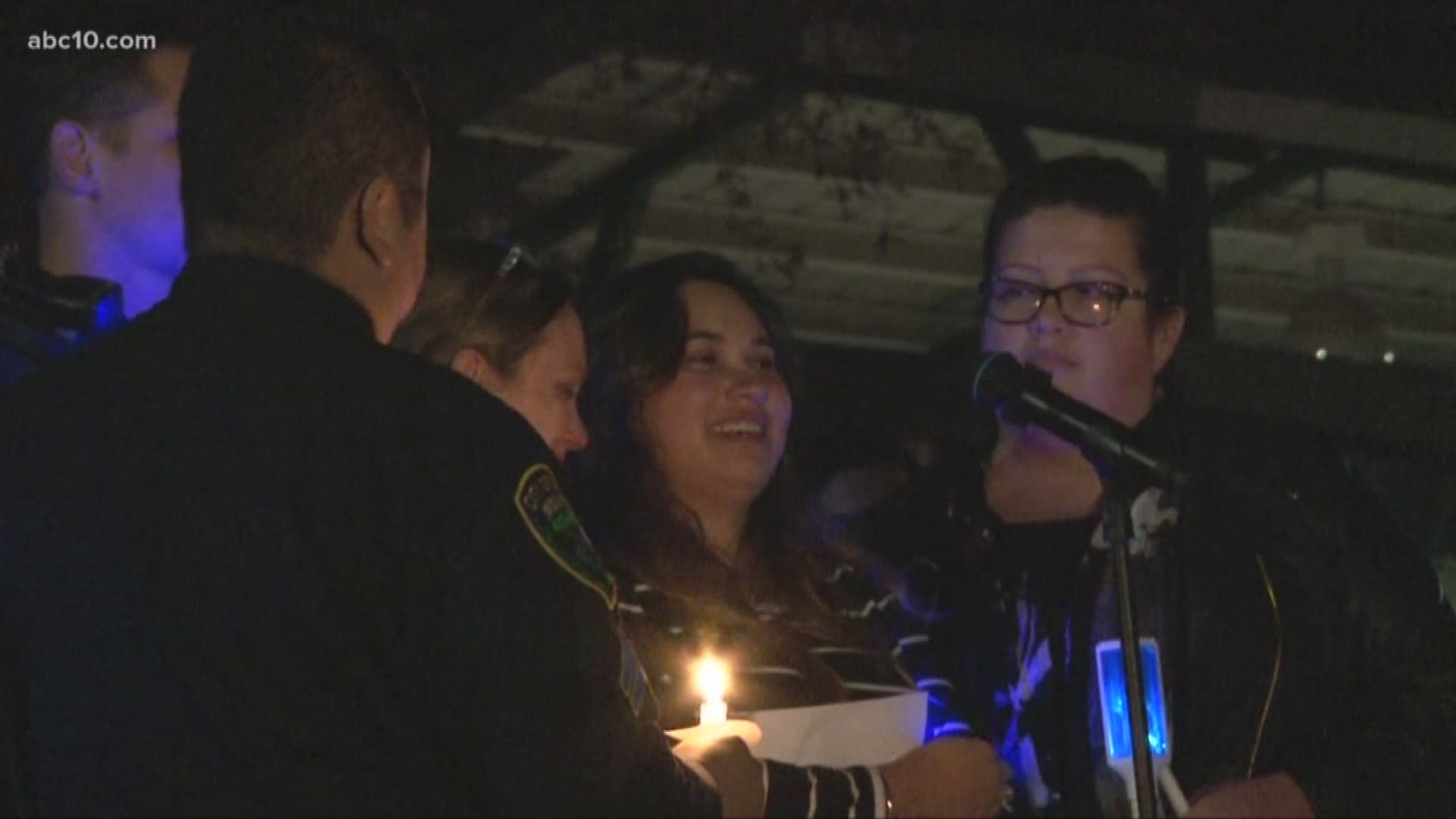 If reading in the ABC10 app, click here for multimedia.

DAVIS, Calif. — A sea of hundreds of people gathered at Central Park in Davis to honor fallen police officer Natalie Corona and remember the joy she brought to their lives.

Dozens spoke on her behalf, including two of her cousins, several Davis police officers, former coworkers, and even individuals that had only met her on the street.

There were many songs that were performed throughout the vigil, including "Hallelujah", "Amazing Grace", and "The Star Spangled Banner."

"She was the most amazing person. I feel bad for anyone that didn't know her," said Emily, one of Officer Corona's younger cousins.

The death of Officer Corona has shaken an entire community, in addition to her fellow Davis police officers and family.

"Her loss will forever change the Davis Police Department. There's no doubt in my mind," said Davis police officer Phan.

"You can tell that she was a woman that was strong and capable and very wise," stated Pete Sung, pastor at Bayside Church in Davis.

At one point, nearly everyone in the crowd hummed "Amazing Grace" in Officer Corona's honor.

A family friend and fellow Davis police officer said of Officer Corona, "She always said, 'Even if I die, I did it doing something that I loved.'"

Officer Corona's memorial services and funeral will be held on Jan. 18 at 11 a.m. at the ARC on the UC Davis campus.

Physically, the Chief says the department is fine. But he is concerned about the "long-term ramifications of what happened the night that Davis Police Officer Natalie Corona was attacked. "We're just here to support the police department, to support the community," the Chief said, emotion in his voice. "And to go about business and do our job."