Former Jeopardy! contestant from UC Davis talks what it's like behind the scenes

Former champions Ken Jennings, Brad Rutter, and James Holzhauer battled in Game 1 on Jan. 7, with Jennings winning a nail-biter. But the showdown is far from over. 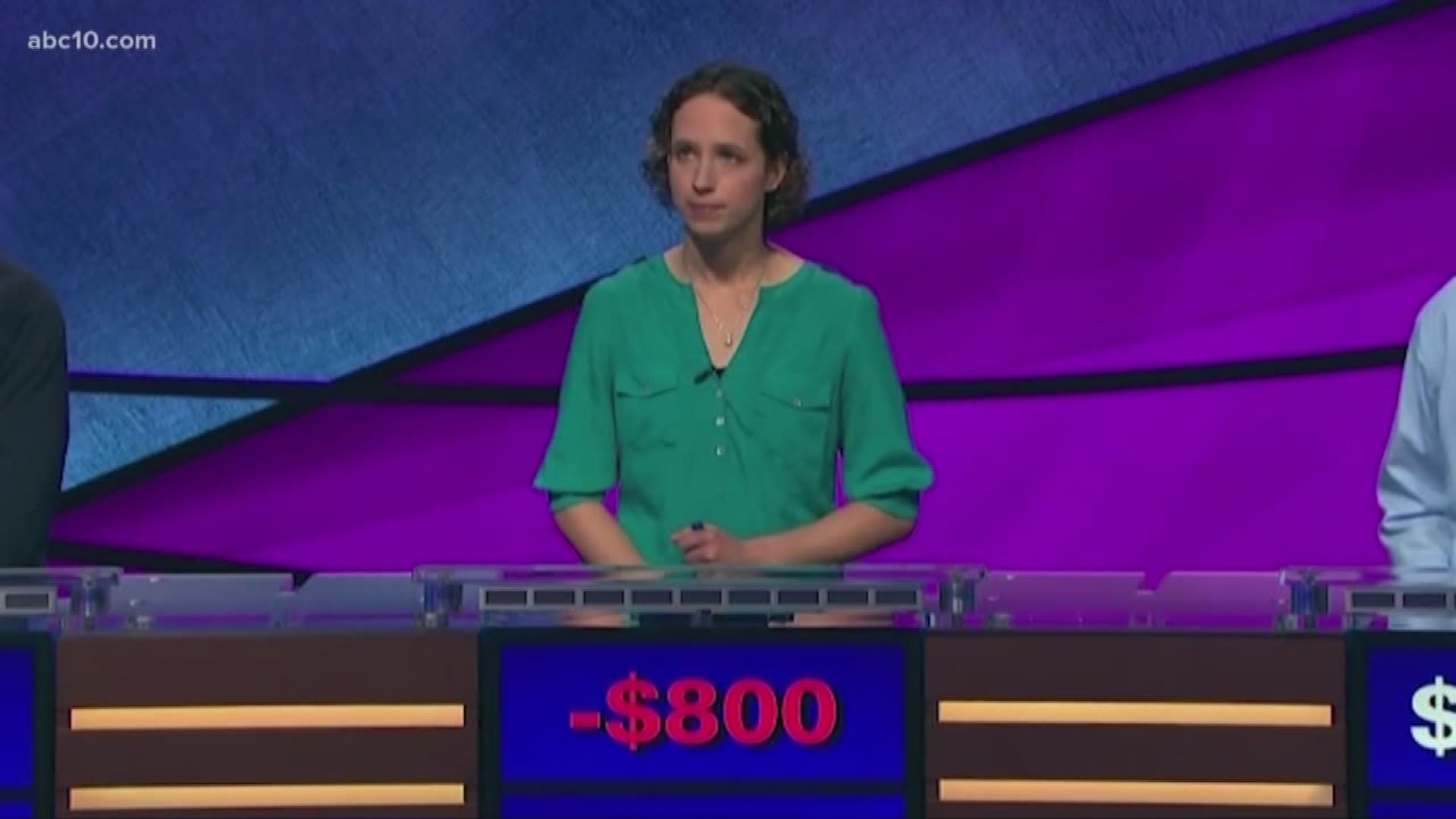 DAVIS, Calif — The three biggest Jeopardy! winners of all time are kicking off a seven-game showdown to see who really is the greatest contestant of all time.

Former champions Ken Jennings, Brad Rutter, and James Holzhauer battled in Game 1 on Jan. 7, with Jennings winning a nail-biter. But the showdown is far from over.

Before the competition ends, ABC10 sat down with former contestant and UC Davis Ph.D. student Hannah Safford, to get a glimpse of what it’s like behind the scenes of one of the most beloved game shows.

Safford, a 28-year-old Environmental Engineering Ph.D. student, appeared on Jeopardy! on July 9th, 2019, winning second place and taking home $2,000. But the money is not the only thing Safford took home that day.

"The only thing you don’t see when you are watching the show is how much of a family there is behind the scenes," Safford explained. “And after the fact, all the contestants stay really connected.”

Safford said her journey started by taking a 50-question test online. Soon after, she received an email inviting her to an in-person audition.

Once she passed a mock Jeopardy game, she says all she had to do was wait for the call.

“The day after I got the call was when Alex Trebek’s pancreatic cancer diagnosis became public knowledge,” Safford recalled. “So, when I taped on the show, that was the thing everybody was talking about. The producers were saying this was a particularly exciting season and that there was a whole lot in store.”

She says it was about two weeks after she taped that James Holzhauer started his run on the show. Coincidentally, the contestant who beat Holzhauer was one of Safford’s old school mates, Emma Boettcher.

"She and I went to college together and we were in a lighting design class together my senior year of college," Safford said.

The most challenging part of jeopardy isn’t the trivia, but the buzzer, Safford said. Safford explained that once Alex Trebek finishes reading the clue, contestants have to wait until lights go on before they can actually press the buzzer.

If contestants press the buzzer before then, they’re automatically "locked out for a fraction of a second."

"It's a tricky thing, because by the time you registered the lights, your reaction time isn’t as fast," Safford said.

So, with the previously knowledge of the game, who does Safford think will win “The Greatest of All Time” tournament?

"I think Brad Rutter if I had to pick one would be the person. I hope he does well," Safford said. "He was in jeopardy when you could only be on for so many games, and once you won a certain amount of games you would be taken off. He never had the opportunity to see how far he would have been able to go."