Both the Cal Aggie Marching Band and its alumni association are under investigation for allegations of misconduct. 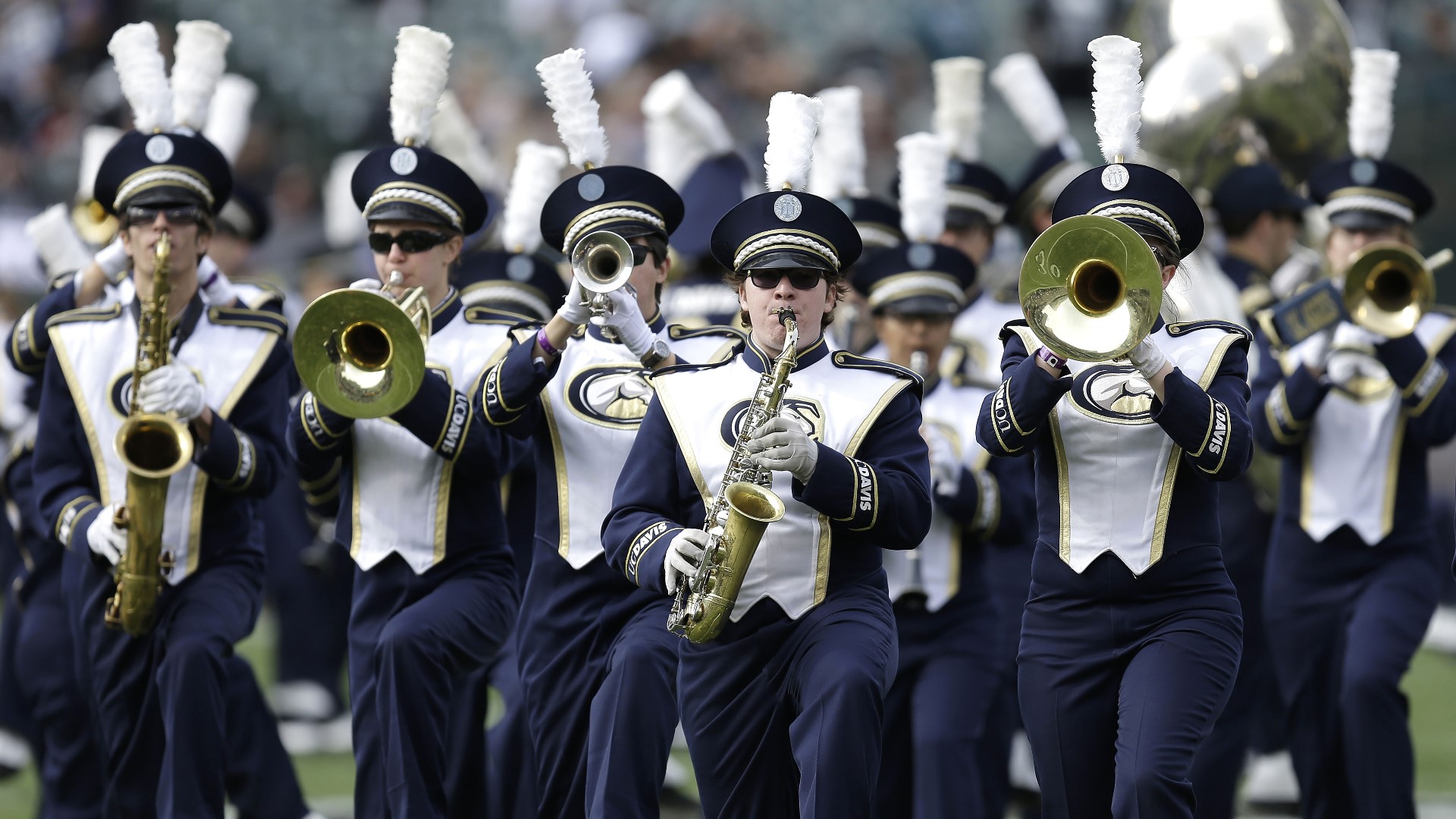 DAVIS, Calif. — Following reports of misconduct, University of California, Davis Division of Student Affairs has placed the Cal Aggie Marching Band (CAMB) on interim suspension. This is the second time the organization and its affiliates have been investigated.

The marching band's alumni association has been suspended from performing alongside the Cal Aggies since 2018 when allegations of misconduct of one of the members first surfaced.

"The safety of students is of paramount importance to UC Davis," said Emily Galindo, the university's interim vice chancellor of Student Affairs. "UC Davis has received information about possible misconduct by members of the Cal Aggie Band, including hazing, sexual harassment and sexual assault."

The university has also hired an external law firm to investigate whether band members have violated university policy.

The CAMB will be on interim suspension until a review of the recent allegations is completed, which means that band members will not be able to play at graduation commencements this year.

In addition to this notification, band members were told that all equipment and instruments that belong to the university must be returned to the band room by Friday at 5 p.m.

ABC10 received a copy of an email sent to band members Wednesday afternoon from Jeff Heiser, the associate director of recreation for UC Davis. It can be read below:

Ema Seijas and her friend were two of the people who came forward. Seijas, a former CAMB section leader, told ABC10 that she quit a weeks ago after her friend shared shocking stories of poor treatment.

"She had been told to kill herself at these parties. Nobody did anything," Seijas explained. "I was at these parties. How is this happening? I wanted to believe this band all the people were doing was having fun. Nobody was getting hurt but people are getting hurt. You just have to look closer."

Seijas confirmed that there was heavy drinking and a lot of hazing in the organization but said what she saw was not as bad as what others have gone through.

UC Davis first reported the suspension on May 24, saying in an online statement that an external law firm will be handling the investigation and determine if band members "have been subject to conduct that violates university policy or any applicable laws."

The review will also look into whether CAMB administrators "failed to appropriately respond to reports of misconduct" the university said.

UC Davis provided several support resources for students in their announcement, noting that both confidential and non-confidential resources for victims of sexual assault and sexual harassment are available to them.

Students can also report hazing to the Office of Student Support and Judicial Affairs at 530-752-1128 or ossja@ucdavis.edu.