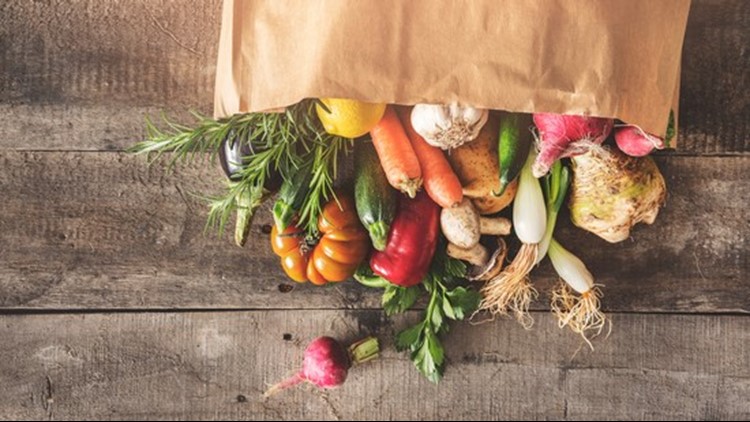 Why and how students can apply for food stamps in college

College students can be eligible for CalFresh benefits, and, for students who need help with food, it could be a matter of leaving money on the table.

While students applying for CalFresh might seem unusual, it has been a part of University of California effort to address food insecurity on campuses. Student enrollment in CalFresh was proved to be a missing piece for Yolo County's low participation numbers from eligible persons a few years ago.

According to Nolan Sullivan, Service Center Branch Director for the Yolo County Health and Human Services Agency, the county took a look at their participation city by city after being ranked 54 out of 58 counties by California Food Policy Advocates for connecting their eligible population to CalFresh benefits.

He noted that a statistical breakdown revealed that Yolo County was at 41-percent participation, Woodland was at 96-percent, and West Sacramento was at 84-percent. The anomaly was with the City of Davis, whose participation was only 10-percent.

“That is where all of this started. How do we solve Yolo’s PRI [Participation Rate Index]? The key was Davis, and the key to Davis was students.”

After capitalizing on the data and putting forward efforts to connect students with the program, Sullivan said that the UC went from 400 CalFresh applications two years ago to just over 3,000 last year.

Leslie Kemp, Director of UC Davis’ Aggie Compass Center, has said that the center has dealt with students struggling with choosing between paying to keep the lights and paying for their tuition.

Why students should apply

“It’s not a welfare benefit. It’s a Supplemental Nutrition Assistance Program (SNAP). It’s to help with your food budget,” Sullivan said. “It’s to help you when you’re struggling, when you have that need for a little extra resource.”

It’s money on the table for students that qualify. While unused money goes back to the government, one caveat with the low participation rates, like Yolo County had, was that it could have resulted in some reduced funds for the program.

The county viewed this as a situation where students were experiencing hunger on the UC Davis campus. They connected with the campus in order to address the issue and even have a CalFresh representative at the Aggie Compass Center to help students and sign them up for CalFresh. Sullivan credits Board Supervisor Don Saylor for the push in getting the issue addressed.

Leaving money on the table

In Davis, students were eligible for CalFresh, but a large number of those eligible students did not even know they could qualify. Even then, efforts from the county to connect them with programs like “food stamps” or “welfare” were met with some resistance.

It actually took a rebranding of the program in order to get students involved; county officials for the program had to refer to it as food financial aid, according to Sullivan. When presented as a food assistance program for students, students were more accepting of the program.

Another obstacle to getting the eligible population signed up was what Sullivan referred to as a “rumor mill” of misinformation. While student status may generally prevent someone from being qualified for CalFresh, they are one of the only groups that must meet an exemption in order to qualify.

Many students had thought that they could not apply at all, according to Sullivan.

“There was this huge wall of misinformation we had to tear down,” he added. “What would happen is a lot of students just thought they couldn’t qualify anyway. They couldn’t apply, like students aren’t eligible for CalFresh. They’re wrong. Students can qualify.”

How to apply for CalFresh as a student

It’s not necessarily an easy thing to do, but some counties like Yolo are attempting to make it easier for students to apply. There is a difference in how a student would apply for food stamps as opposed to regular person.

Generally, students would not be eligible unless they meet at least one exemption. According to Sullivan, some of the most common exemptions are for work study, working at least 20 hours per week, having a child, and receiving Cal Works.

“For a student, it’s really difficult because, if you don’t meet any of those exemptions, you’re just kind of out of luck. It’s kind of tricky,” he said.

“Part of the problem with the student regulations is the level of ambiguity and kind of unsurity [sic] from the Feds to the State, the State to counties, and then you have interpretations from all 58 counties,” Sullivan said.

Work study is one of those ambiguous areas. According to Sullivan, each county has a different interpretation of the requirement that deals with whether the student just has a work study letter, hours, or even both.

Students from any county can gather additional information on registering for CalFresh through the students.GetCalFresh.org website.

Other resources for applying include utilizing mRelief to apply for CalFresh through text message.

“This is a government resource that’s here today. It’s easy to access. You don’t have to use it permanently. There’s nothing wrong with using these benefits for the next couple years to help you get through school.”