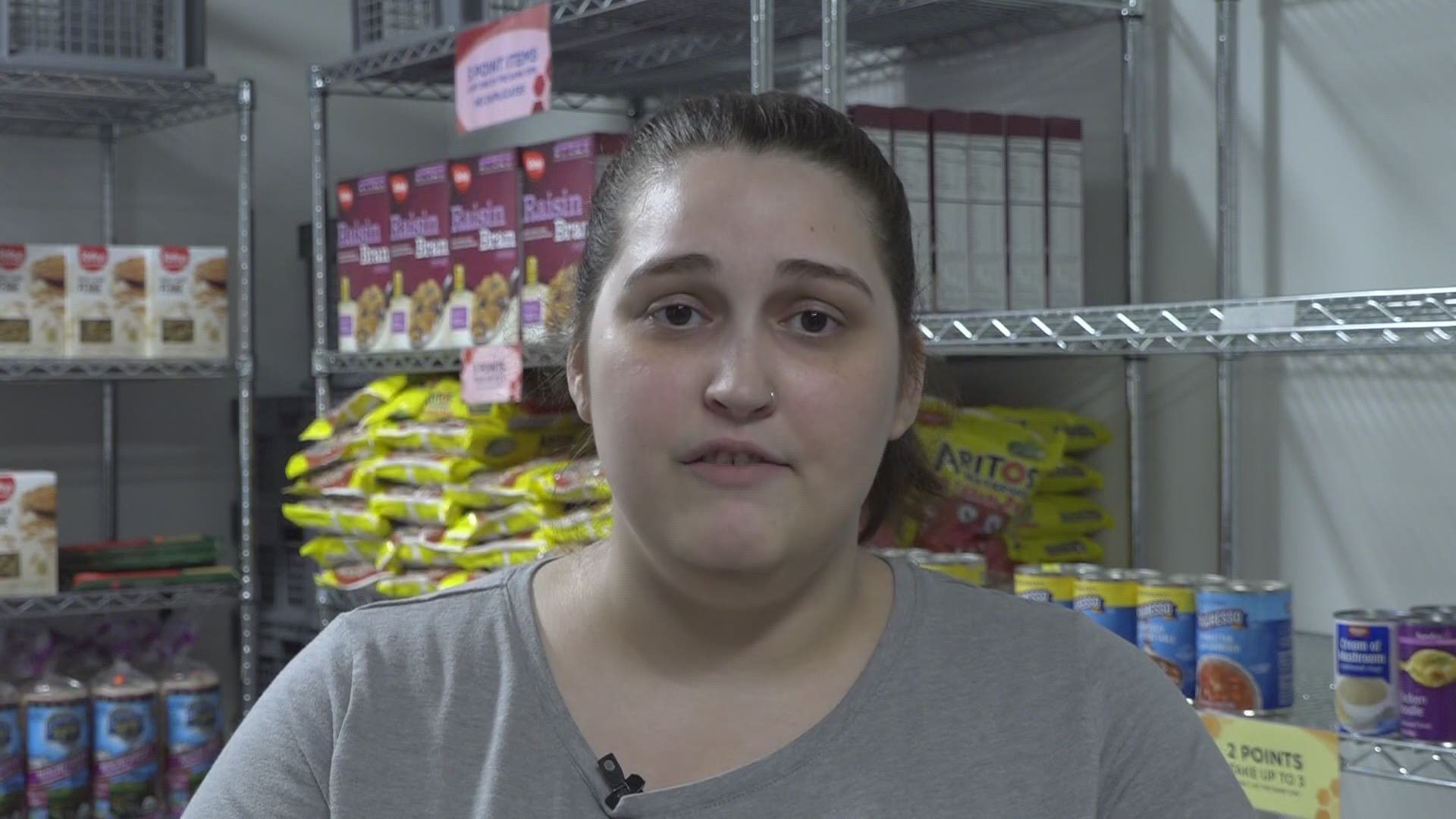 DAVIS, Calif. — More than 1,000 college students have applied for food stamps in the past year and a half at UC Davis, courtesy of focused outreach efforts from both the university and Yolo County. As applications for food stamps grew by hundreds, the number of students actively seeking help grew by thousands.

“The amount of students that they [UC Davis] are seeing that are homeless, that are sleeping in their cars, that are using the showers in the locker room, that are food insecure, and accessing the food pantry is off the charts,” said Nolan Sullivan, a service branch director for Yolo County.

With more than 9,400 visits by 4,100 students rounding out its first year, the UC Davis Aggie Compass Center is seeing the most action. Generally, the center helps students worried about choosing between either paying their electric bill or paying their tuition by connecting them to fresh food, financial help and help with housing issues.

RELATED: How UC Davis students can get free food during the school year

While the center provides help in multiple areas, its director Leslie Kemp says the center has seen a "huge spike" in CalFresh applications and approvals. Currently, most services revolve around food – the biggest area of which is CalFresh, California's take on food stamps. Other programs for basic needs will follow in the coming year.

The center has a county CalFresh worker on location five days every week. That worker is able to do the student's CalFresh interview and enrollment in one sitting. Adding to that, there's an entire student team dedicated to pre-qualifying students interested in CalFresh.

According to Sullivan, the county got more than 1,300 CalFresh applications from the UC Davis campus from January 2018 to June 2019.

Max Vaca, the county worker stationed at UC Davis, took 561 applications on campus with an approval rate of 85 percent during the same time period.

Usually, college students don't qualify for CalFresh; in order to even apply, they’d have to meet an exemption. The common exemptions are working more than 20 hours per week, work-study, certain federal grant packages, having a child, and being on Cal Works.

RELATED: Why and how students can apply for food stamps in college

“When we’re talking about programs that can actually move the needle on food insecurity on campus, CalFresh is one of the only things that can do that,” Kemp added.

For Kemp, work-study and a part-time job were enough to make ends meet when she was in college 20 years ago, however she says that financial security hasn’t translated to the current times.

Conversation was stirred after Yolo County was ranked in the 50s on a California Food Policy Advocates list charting effectiveness in connecting people to CalFresh benefits.

Sullivan said that while they were in the 75th percentile for program reach across Yolo County, their numbers in Davis were below 20 percent. With Davis being the biggest city in the county and about half of the people living in the area being college students, the answer started becoming clearer.

“Because college students have such a hard time getting exemptions to actually apply for CalFresh, it totally anchors down our numbers," Sullivan said. "We knew right off the bat when we looked, the only two [zip codes] we had to work on were Davis and students had to be the problem.”

Over the last couple of years since starting their efforts, Sullivan said the county has almost quadrupled their caseload on CalFresh in Davis.

While the efforts have been working both on campus and in the county, Sullivan says their Program Reach Index - how the state measures their ability to connect eligible people to CalFresh - isn't likely to be moving out of the 50s as long as students are counted in that number or until difficulty in factoring in student eligibility is included.

“We really do feel like we’re making a tremendous impact. The problem for us is the way that the formulation works and includes students in that calculation,” Sullivan said.

Yolo County also worked on a bill with Sen. Bill Dodd's Office to streamline elements of the work-study program to help get as many eligible students enrolled in CalFresh as possible.

After the spike the UC Davis campus saw in the CalFresh applications and approvals, they’re expecting even more visits to the Aggie Compass Center as they add develop housing security programs and have even more to offer students.