'We were trapped': 84 arrested, including journalists and clergy, after Stephon Clark protest in Sacramento 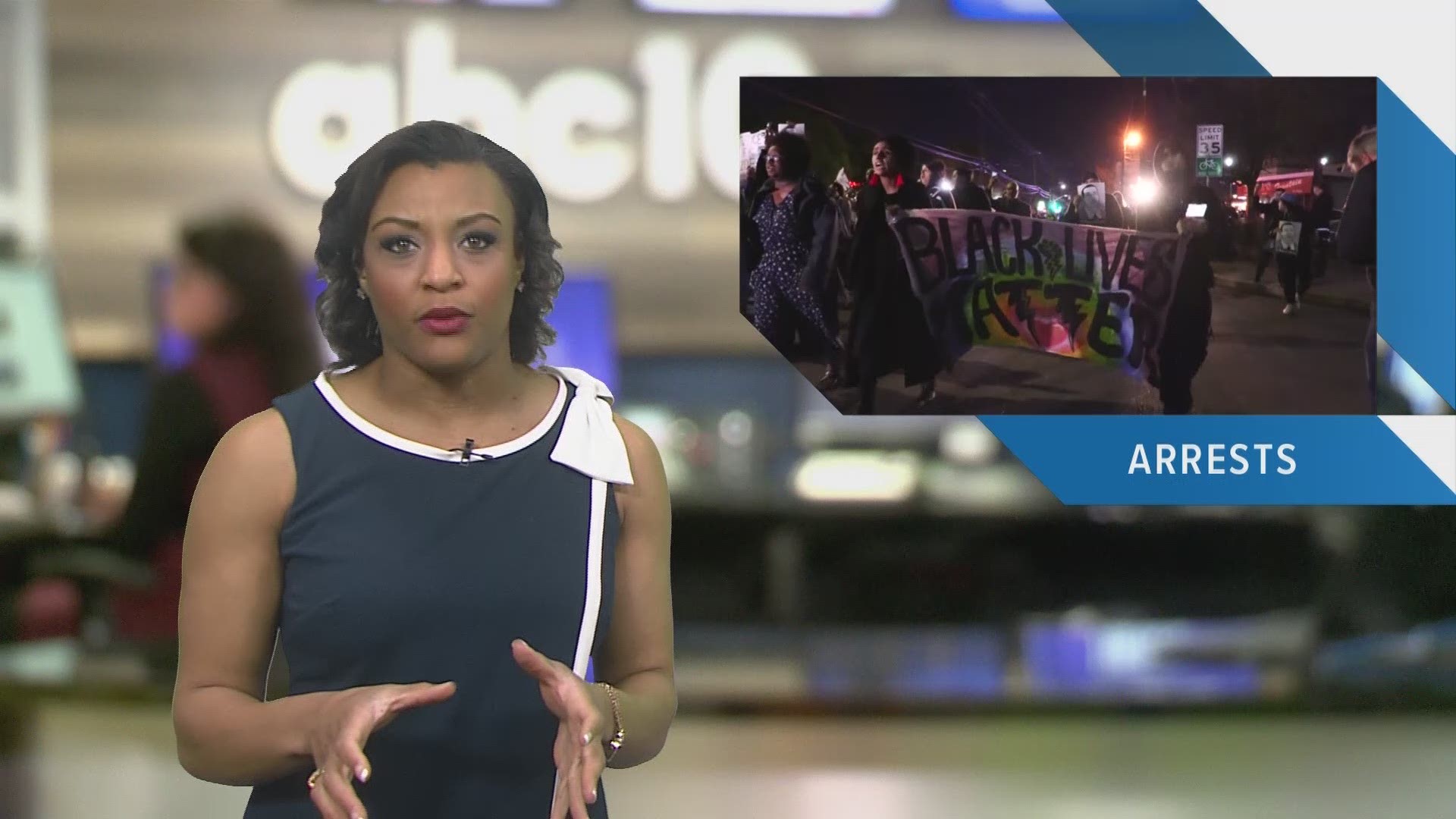 Among those arrested were clergy and two reporters. One other reporter with The Sacramento Bee was detained.

More than 100 demonstrators staged a march from Trader Joe's in East Sacramento to the Fabulous '40s, one of the city's wealthiest neighborhoods. Reverend Kevin Ross, who was arrested during the protest, said police officers gave them no chance to leave when the march was ending.

“The demonstration had been complete," Ross told ABC10 after he was released from police custody. "And so we were thinking we were moving away from the area, following the directions of the law enforcement officers. And when we — as we moved across that bridge, we were met, flanked on the other side, by another group of officers, and we were trapped.”

"Over a two-hour period, our police department gave no less than 10 dispersal orders," Chandler said. "As far as the protesters being able to leave, I don’t have the details as far as exactly the location of where our officers were or where the protesters were, but I do know that they were given multiple opportunities to leave.”

At 7:40 p.m., Sacramento Police Captain Norm Leong tweeted "We have been seeing cars getting keyed so we are going to move closer into protest group to protect vehicle. We have not seen who is doing the damage."

Nearly two hours later, as protesters made their way back to the staging location from the Fab '40s neighborhood, protesters and SacBee journalist Dale Kasler say they were cornered into one area separate from the others and detained.

"Police had basically created a funnel-type situation, and it sealed off any exit routes for the demonstrators," Kasler explained. "Then they started arresting people. And they detained me, as well."

Kasler said he told officers that he was a reporter with the SacBee, and he said they responded, "I know. You refused an order to disperse."

Kasler was detained for a short time. Two other reporters — Scott Rodd with the Sacramento Business Journal and Sacramento State student journalist Will Coburn — were arrested.

Both Rodd and Coburn tweeted that they were released early Tuesday morning along with the 82 others who were arrested during the protest.

"I’m very disappointed that the protest ended the way it did," Steinberg said in a statement. "I have many questions about what caused the order to disperse and the subsequent arrests. I will withhold further comment until I get answers to these crucial questions tonight or tomorrow morning.

"No matter the reason an order to disperse was given, no member of the press should be detained for doing their job."

When the protest was announced Monday morning, many thought demonstrators might target the Sacramento Kings game like they did last year following Stephon Clark's shooting. The idea of the protest at the Golden 1 Center prompted Kings officials to close the Downtown Commons plaza hours before the game started.

They also increased security and put fencing around the entrances of the Downtown Commons plaza.

1 / 8
KXTV
The marchers started at the Sacramento Trader Joe's on Folsom Boulevard. In a press release, The Table Sacramento announced the event, named "Disobey and Disrupt", in response to the DA's decision.

Police responded drastically different during last year's protest, only arresting a few demonstrators after they shutdown both Interstate 5 and the Golden 1 Center.

The expectation of a Kings game protest is part of the reason the march was held elsewhere. Sonia Lewis, a member of Black Lives Matter Sacramento, said the other reason is because of the wealth people in East Sacramento represent.

"What they have are dollar power. They have political power. They have generational wealth," Lewis told ABC10. "They have power that people in Meadowview and Oak Park and Del Paso Heights don’t have, and so they can flex their power. But they’re comfortable right now, and so we’re here to disturb their comfortability.”

Sacramento Bee reporter Dale Kasler, who was detained while covering the Stephon Clark protest, talks about what happened before he was put in twist-ties.