Deputy Brian Ishmael was a four-year veteran with the sheriff's office and previously worked for the Placerville Police Department. 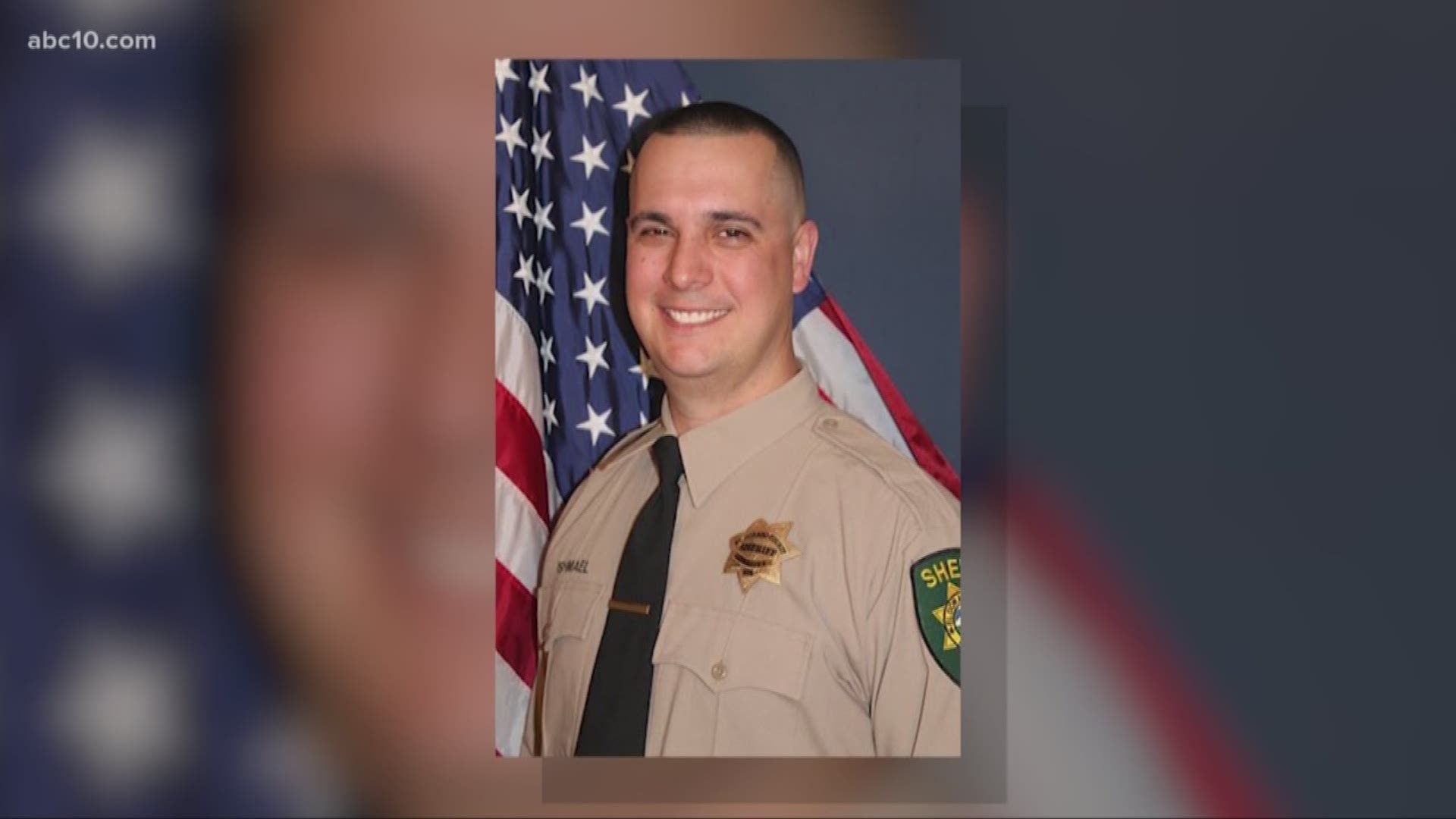 For El Dorado County Sheriff John D'Agostini, their community lost a hero after Deputy Brian Ishmael was killed responding to a theft report in Somerset.

Ishmael and an off-duty San Joaquin deputy responded to the area after a reported theft from a marijuana garden. Ishmael came under fire immediately and was fatally shot.

Two men were detained and a large contingent of law enforcement officers and a helicopter remained at the scene, said a statement from the sheriff's office. D'Agostini said one of the men was shot and taken to the hospital in unknown condition.

“When we looked out, there was nothing but sirens, lights, tons of sheriffs. Then when I heard one was shot, one was down, I was like 'what in the world is going on around here all of a sudden?'” said Leslie Rich, a neighbor in the area.

Ishmael lived and worked in the community, the sheriff's office said. Rich remembered meeting the deputy a couple of times before, and the news of his death took a toll.

"I started crying when I saw it on T.V.," said Rich. "I was just like so emotional.”

Ishmael was remembered for kindness and positivity, which he carried with him during his time at the Placerville Police Department and El Dorado County Sheriff's Office.

"Jennifer and I were terribly saddened to learn that Deputy Ishmael was shot and killed this morning while courageously serving and protecting the people of El Dorado County," the governor said in a news release. "Our thoughts and prayers are with his loved ones, friends, and colleagues during this painful time."

"We don't know why he was there," she said. "We would love to see our deputy recover as quickly as we can."

The El Dorado County Sheriff's Deputy who was killed Wednesday morning in Somerset was responding to a call regarding someone stealing from a marijuana garden, Sheriff John D'Agostini confirmed.

Deputy Brian Ishmael was responding with an off-duty San Joaquin County Sheriff's deputy to the home when they immediately took fire. Ishmael was shot and killed. The unidentified off-duty deputy returned fire, but was also shot, D'Agostini said.

That 28-year-old deputy underwent surgery and has already been released from the hospital. According to San Joaquin County Sheriff Patrick Withrow, the deputy has been with the department for two years.

"Our hearts are heavy and saddened by your loss, and our prayers are with you," Withrow said in a statement. "We feel the pain, and together we must stand shoulder to shoulder to support one another."

Much of what led up to the shooting is still unclear, including whether or not the two deputies were in the patrol car or on feet when they were shot at.

One of the two men who allegedly shot the deputies was shot and taken to the hospital. His condition is unknown. The second shooter was arrested, D'Agostini said.

"This is an active investigation, and at this point, there isn't much more that we can say," D'Agostini said.

Ishmael is survived by his wife and three children.

The El Dorado County Sheriff's Office says the person on the ride-along, a deputy with another county, has already been released from the hospital after receiving medical attention.

An El Dorado County Sheriff's Deputy was shot and killed Wednesday morning while responding to a service call in Somerset, a rural town just south of Placerville, the sheriff's office confirmed.

Deputy Brian Ishmael was driving with a ride-along when they responded to the call in the area of Sand Ridge Road and Mount Aukum Road.

The person on the ride-along was also shot, but their condition is currently unknown.

Two men were arrested in connection to the shooting.

Ishmael was a four-year veteran with the sheriff's office and previously worked for the Placerville Police Department.

El Dorado County Sheriff's deputies were shot at Wednesday morning while responding to a call for help in a small, rural area just south of Placerville, the office confirmed on Facebook.

The shooting happened in the area of Sand Ridge Road and Mount Aukum Road in Somerset, the sheriff's office said. It's unclear if any deputies were injured in the shooting, but sheriff's officials said there are several people in custody.

It's unclear if deputies fired back, or if any shooters were shot.

The sheriff's office is calling it an "active shooter situation" as they continue to search for any more possible shooters in the area.

The sheriff's office is telling Residents in the area to stay inside their homes while they continue to search for suspects and investigate.

It appears that PG&E's preemptive power shutoffs will continue to be an inevitability as the utility tries to avoid having its transmission lined spark wildfires during California's fire season, a months-long period of the year when the state is dry and windy.