Veteran Wally Richardson, 94, is going viral for his messages of wisdom to middle schoolers at Marina Village Middle School in El Dorado Hills. 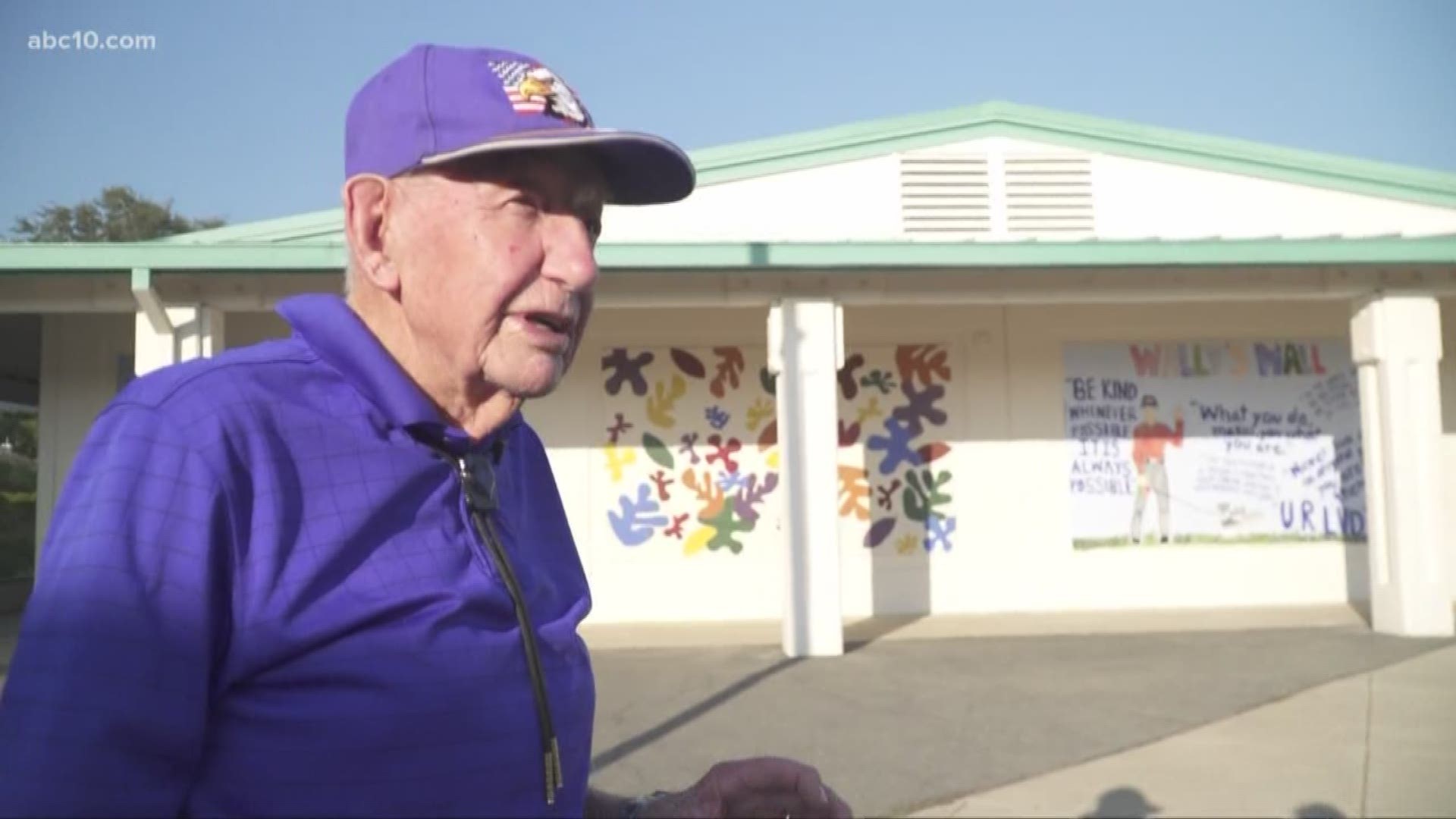 He wakes up every morning, to make sure children start their day on the right foot.

Gina Arnold saw Richardson outside of school in the morning and decided to post a photo of him to her Facebook page. She said her daughter liked going to school earlier to talk to the "cute little old man."

Arnold went on to say that her daughter says he encourages all the students before they start the day and talks about kindness and gives them advice. Richardson says it was something he started with his wife Jenny almost 10 years ago. It started with bookmarks and grew from there.

"I began to talk to them about philosophy, being kind and then we started making bookmarks and started passing them out so they had something to hang on to," Richardson said.

"I tell them what's the most important thing before going to high school," Richardson said. "Select your friends very carefully because the ones you select can affect the rest of your life. If it's the wrong selection you're gonna be trouble."

Not only do they have advice for middle schoolers, but also newlyweds. Wally and Jenny just celebrated 60 years of marriage.

"You're different personalities, but you have to learn to give and take and what I do when I get real upset about something I just walk away and let my anger disappear because it's just an emotion," Richardson said. "Anytime you have a heated emotion walk away from it."

There is a mural for Wally Richardson at the middle school with some of his sayings, which includes "be kind, whenever possible."

Richardson is also writing a book called "What you do makes you what you are."