A crash between a pick-up truck and a CHP patrol car on El Dorado Hills Boulevard was caught on video. 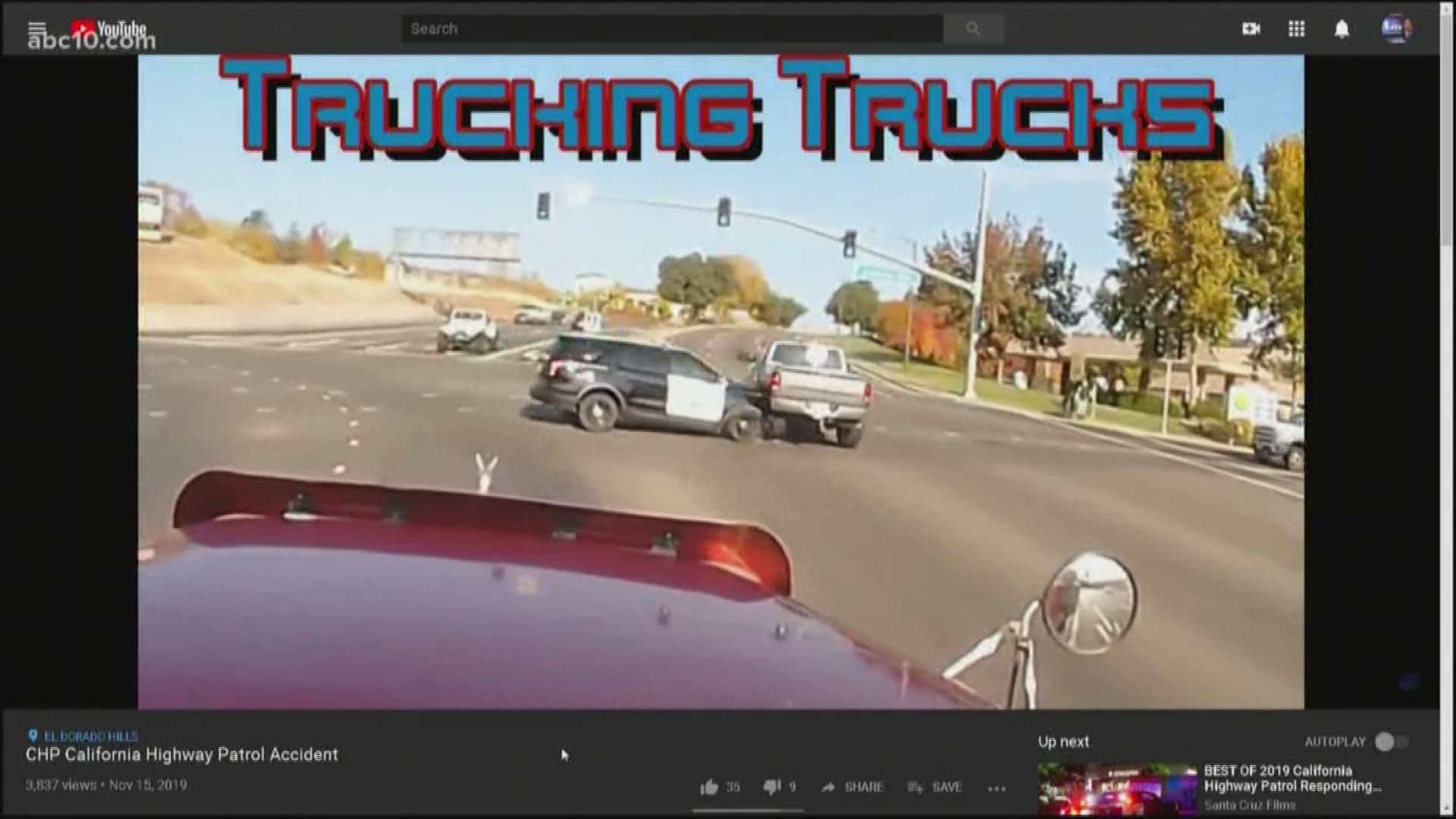 EL DORADO HILLS, Calif. — On Friday morning, a video captured the moment when a CHP cruiser collided with a pickup truck in El Dorado Hills.

According to CHP, the patrol car involved in the crash was responding to a request for backup on a potentially high-risk traffic stop.

The CHP officer responded with emergency lights on and left from westbound Highway 50 to El Dorado Hills Boulevard. CHP says the patrol car made a complete stop before slowly going into the intersection.

As the patrol car crossed the intersection, it hit the left side of the pickup that had the green light.

READ ALSO: Woman critically injured after falling out of car on HW-160 in Sacramento

According to CHP, it's possible neither the patrol car or the driver of the pickup truck could see one another due to obstructed vision.

No one was injured in the crash.

A YouTube video that captured the crash claims the patrol car entered the intersection with no siren when it hit the side of the truck.

The crash is under investigation, but alcohol and drug impairment are not considered factors.