An Elk Grove boy plays 44 instruments, but is not settling. 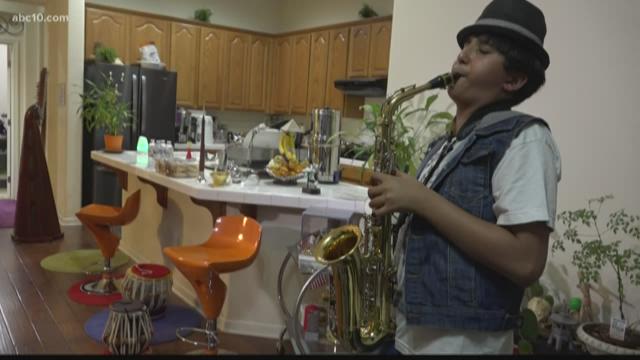 Eventually, he arrived at his piano.

But, that’s not exactly it.

Nayyar, a homeschooled, seventh grader from Elk Grove, has been named by Assist World Records as the youngest person to play the most musical instruments. He’s now working to get the same recognition by Guinness World Records.

Nayyar’s parents say they first realized their son’s musical talent when he was five years old and they signed him up for a summer camp to learn drums.

“In just two days, he was playing better than someone playing two years,” Nayyar’s mother, Sukhbinder Kaur, said. “We were like, ‘wait a minute?’ Okay, let’s give him some drum classes.”

Nayyar now has 12 music teachers; some from the Sacramento-area and others in India, China and Italy, who he works with via Skype.

Nayyar’s 45th instrument – a shenai --arrived from India this week. He plans to teach himself how to play it.

He’s working now towards his next goal: To know 100 instruments by the time he turns 13 next year.