Elk Grove Police have released few details about the wreckage. 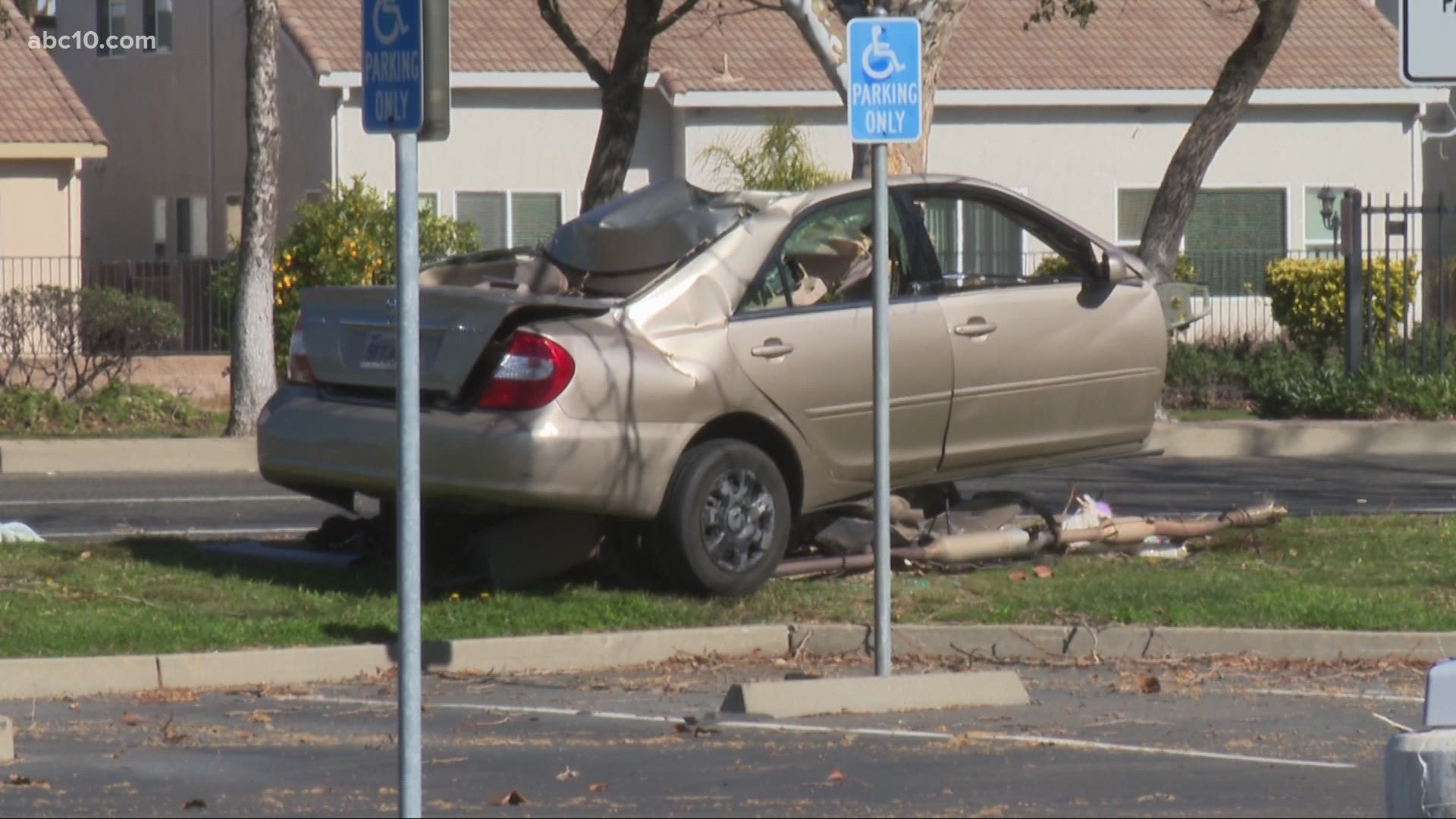 18-year-old Naiomi Brown has been identified by the Sacramento County Coroner as one of the two people killed in an early-morning crash Monday.

The Elk Grove Unified School District (EGUSD) will be offering counseling for any staff or students who need it following the deadly crash.

"This was a tragic and fatal event and we hope to offer solace at this time," said Xanthi Soriano from the EGUSD. "As more information unfolds, we will respond by providing whatever support is needed."

A memorial is in place following a deadly car wreck that claimed the lives of two people in Elk Grove. The incident happened early Monday morning outside Franklin High School.

Elk Grove Police have released few details about the wreckage.

First responders were called to Whitelock Parkway and Franklin Road around 4:45 AM. When they arrived emergency crews found a car split in half. Elk Grove Police say two of the four passengers inside were killed.

“One succumbed to injuries on scene the other taken to the hospital with serious injuries,” says Hannah Gray spokesperson for Elk Grove Police.

Investigators have yet to release the identities of the people inside, but many teenagers from Franklin High school recognized the car and they fear their friends were inside.

“I don’t understand why my body feels like this right now. I feel like, numb," said JoJo Tucker, a friend of the supposed victims. "I don’t feel anything because I can’t believe this.”

Investigators have yet to release the cause of the wreck but many locals suspect speed was a factor.

Teressa Plammottil could see the car wreck outside her window and she’s seen many vehicles ignoring the speed limit signs.

“A lot of young people race down this street,” explained Plammottil

The police department or the city could not provide us with speeding records traffic reports on Whitelock Parkway, but it’s obvious that speeding is a concern on this road. Multiple warnings, cameras and an electrical speed sign are clearly posted for drivers.

Plammottil hopes the city and or police take note of the speeding on Whitelock Parkway, but right now she gives her condolences to the family.

More details are coming to light surrounding a deadly crash that happened just outside of Franklin High School in Elk Grove Monday morning.

According to a press release from Elk Grove Police, a 2004 Toyota Camry collided with a tree causing two people to be ejected from the vehicle. One of those people died from their injuries and the second was taken to a nearby hospital and is expected to survive. Firefighters had to extricate the other two people that were riding inside the car. One was killed in the crash and the other was taken to a hospital with life-threatening injuries.

The identities of those killed have not been released. The cause of the crash is still under investigation.

At least two people were killed in a morning car accident outside Franklin High School in Elk Grove.

According to police, there were four people in the car at the time of the accident, which happened around 4:45 a.m. Monday. The car crashed into a tree, which caused it to split down the middle upon impact, ejecting two people from the car. The two surviving passengers were taken to a hospital.

Elk Grove police closed Whitelock Parkway to eastbound traffic between Franklin High Road and Bellaterra Drive as they investigate the cause of the crash. The roadway was reopened just before 4 p.m.

Whitelock Parkway is closed eastbound between Franklin High Road and Bellaterra Drive as Traffic Investigators are investigating a fatal single vehicle collision. Please use an alternate route at this time. pic.twitter.com/NiZ3mimlKc