Dedicated in honor of two Sikh men killed in 2011, the park incorporates Sikh design elements but welcomes all in the community 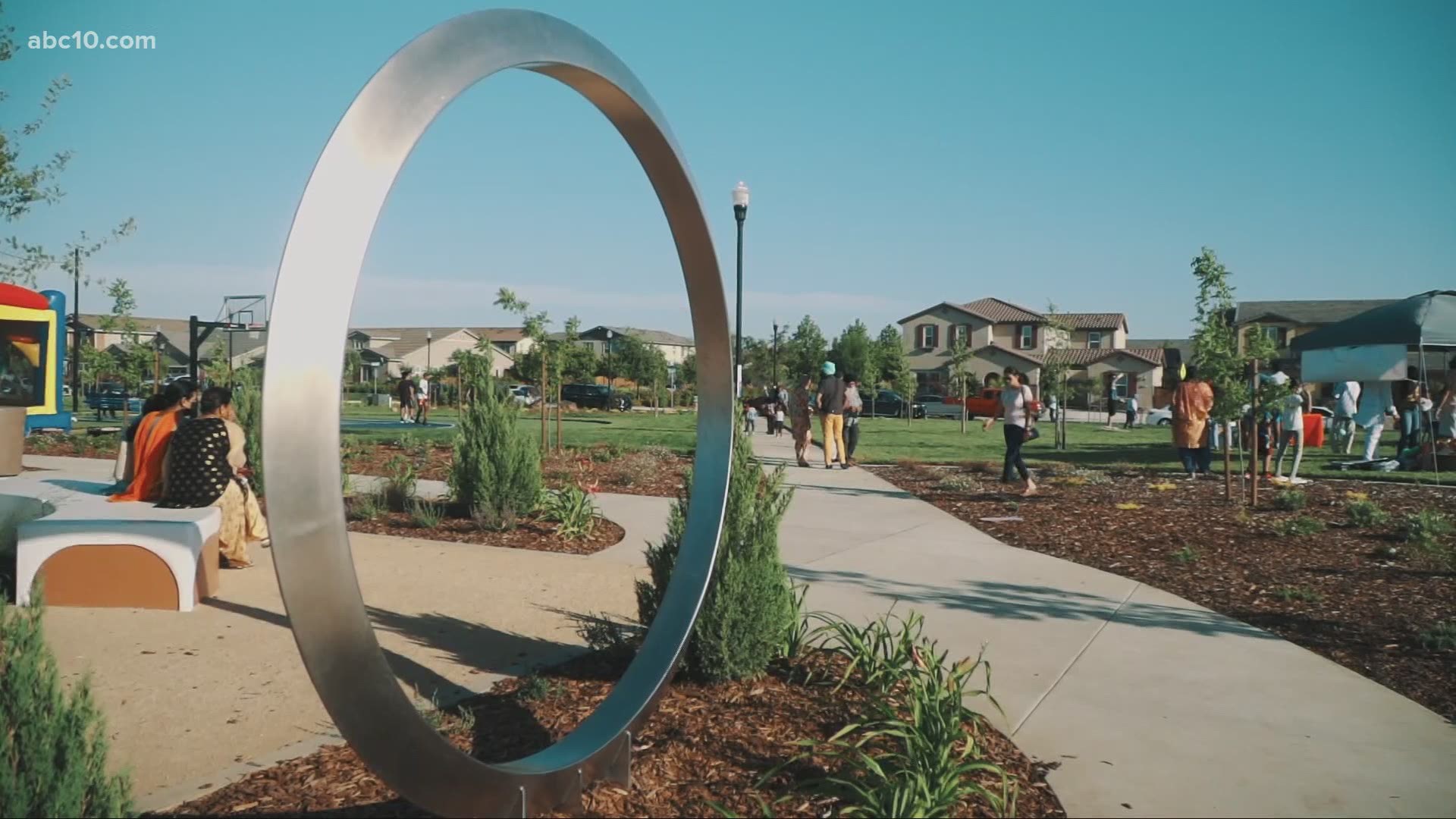 ELK GROVE, Calif. — Community groups on Saturday celebrated the opening of Singh and Kaur Park in Elk Grove, dedicated in honor of two Sikh men, Gurmej Atwal and Surinder Singh, who were killed in a yet unsolved double homicide in 2011.

"Thanks to the community and all the hard work of everyone, this park has come to fruition," said community organizer Mandeep Singh. "To honor the community of Elk Grove, honor those that were slain who we still seek justice for, and it’s really just a way to bring everyone together."

Singh and Kaur are common names among Sikhs. Singh means ‘lion’ and Kaur’ can mean ‘lioness’ or ‘princess.’

"The name in itself is very powerful," said community organizer Harkiren Kaur. "Very empowering when you see yourself in your community."

On each side of the park are brushed stainless steel sculptures that represent the Kara, a simple steel bangle that many Sikhs, both women and men, wear around their wrists. Sikh men often wear long beards and turbans.

"We do stand out wherever we go, and we don't shy away from that," Singh said.

Sikhs have long faced discrimination and hate crimes. The 2011 Elk Grove homicide remains unsolved, though the son of Gurmej Atwal said Saturday he hasn't given up on seeking justice for his father.

The park is dedicated to their memory, but open to everyone.

"No matter what we look like, our backgrounds, this is a space for everyone," said Singh.