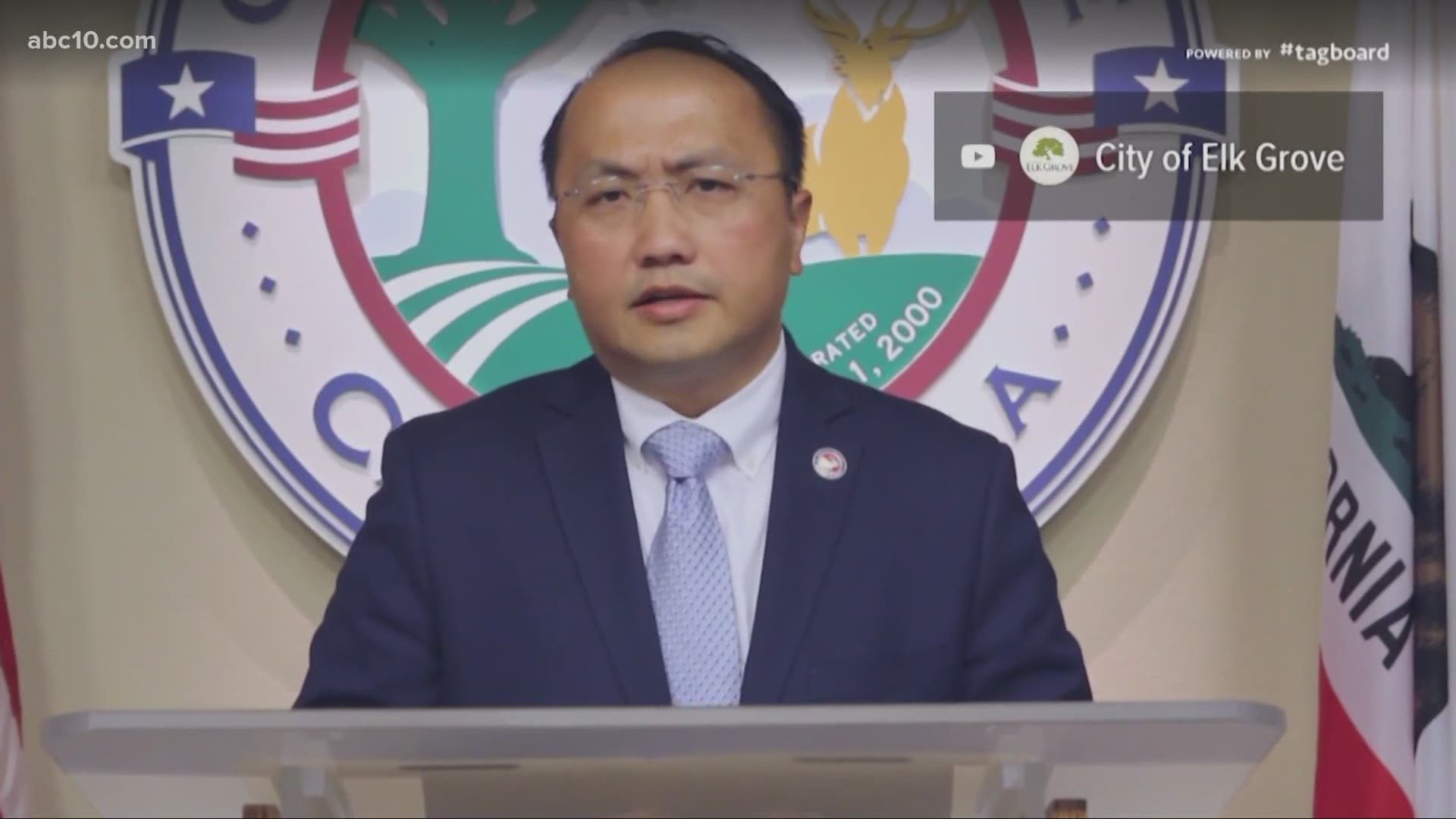 ELK GROVE, Calif. — The Elk Grove City Council is going to consider whether or not to censure Mayor Steve Ly after multiple people accused him and his associates of threatening and intimidating them for being critical of the mayor.

At the city council meeting on July 22, multiple speakers commented on Mayor Ly's and his associates' behaviors. Linda Vwj said she was threatened by members of the Hmong community to take down a Facebook post that she made in June criticizing the mayor.

The man who allegedly threatened her said that he reached out to her after a complaint from Mayor Ly.

According to the city council, Dr. Jacqueline Cheung, Editor-in-Chief of the Elk Grove Tribune, posted an op-ed by Vwj about the threatening comments made to her. Cheung said at the city council meeting that she "received a threatening call indicating that if she did not remove the on-line stories about Mayor Ly, harm might come to Dr. Cheung and her daughter."

Cheung even filed a police report over the threatening call, according to the op-ed in the Elk Grove Tribune.

She wasn't the only one to have experienced this behavior with Mayor Ly. Bobbie Singh-Allen, who recently submitted paperwork to enter the mayoral race against Ly this fall, said back in 2012 when she was a newly-appointed member of the school board, Ly and his associates allegedly contacted the Elk Grove Unified School District to challenge and overturn her appointment.

"From there, it led to name calling and online bullying from a number of people that in researching them, I was able to triangulate who they were associated with and it was Mr. Ly," Singh-Allen said.

Singh-Allen said she's speaking out now to hold bullies accountable for their actions.

"I'm standing up to the bully and saying I'm running for mayor because you don't have the qualities and characteristics to lead our city," Singh-Allen said.

At the July 22 city council meeting, Mayor Ly denied "the allegations of wrongdoing" and "any improper conduct." A representative for the Elk Grove Police Department said the investigation into Ly's actions was "unable to establish that a crime has occurred and the case has been closed, pending their reception of any new evidence."

The Elk Grove City Council voted to consider censuring the mayor. If Mayor Ly does get censured, that means the council disapproves of his actions and it could have an effect on his future as a politician.

The censure hearing will take place on Wednesday, August 12. More information can be found HERE. Ly's office did not respond to a request for an interview.