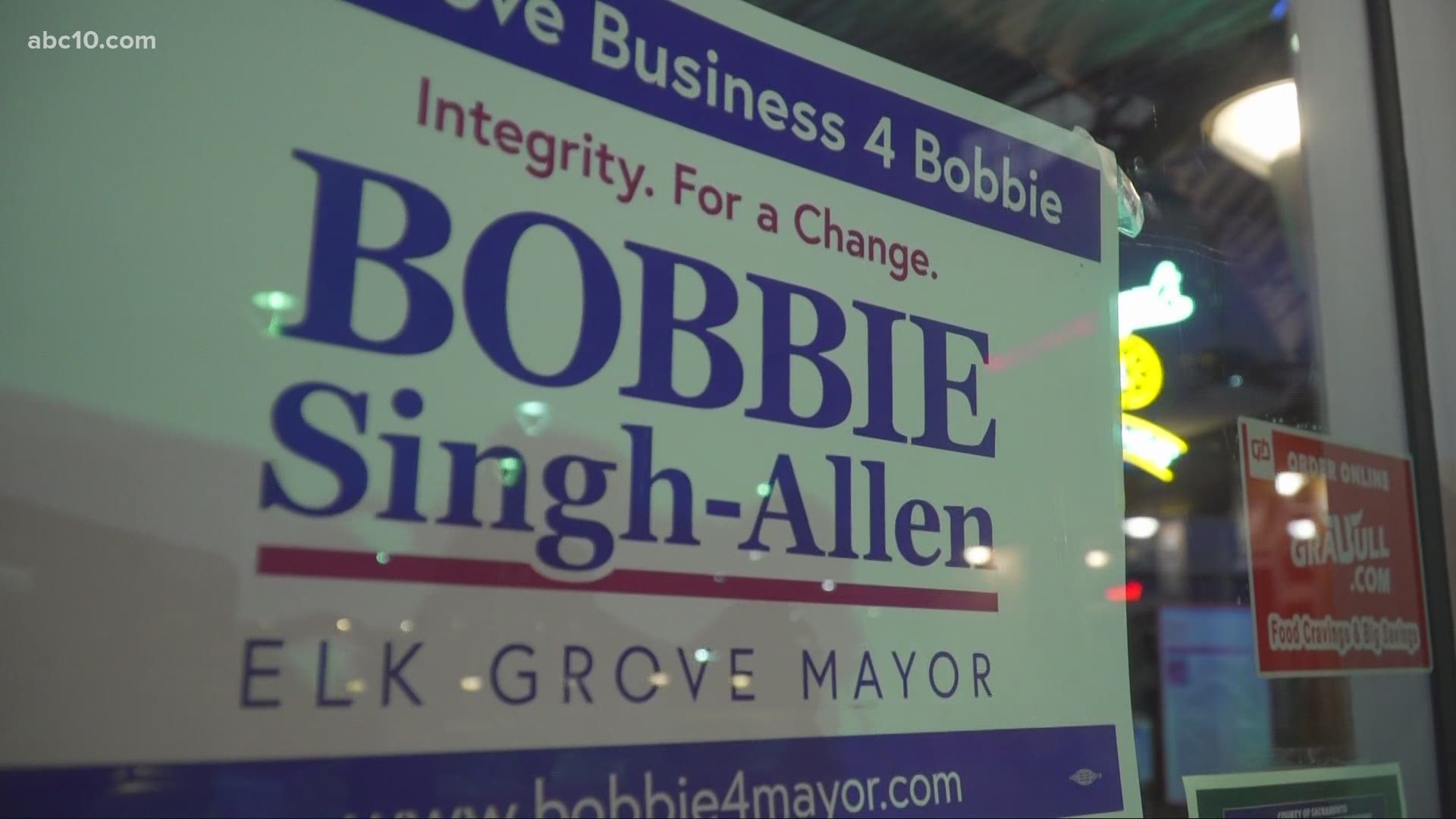 ELK GROVE, Calif. — Though the local election results have taken nearly a week to be announced, candidate Bobbie Singh-Allen will be the next mayor of Elk Grove and the first directly elected Sikh woman mayor in the United States.

“I am truly humbled and honored by our victory," Singh-Allen said in a statement. "This win is not about me, it is about the well being of Elk Grove. I look forward to being a champion for our city and bringing our community together."

Singh-Allen clinched the win with 25,853 votes as of Monday afternoon, representing roughly 46% of the vote. Incumbent Mayor Ly had 19,241 votes, or 34%, and non-partisan candidate Brian Pastor had 10,088 votes, representing 18% of voters.

"Whether you supported me or not, I invite you to work with me to move our city forward," Singh-Allen said in a statement. "From now on, everyone has a seat at the table. Elk Grove’s best days are ahead."

Following the announcement that he had not been elected a second term, Ly released a statement on the defeat.

"It has truly been an honor and privilege to serve as your Elk Grove Unified School District Board Trustee, Elk Grove City Council Member, and Elk Grove Mayor," Ly said. "As I have always said, any elected office is the people's office. Elected officials serve at your discretion. I still and will always believe that: For the People, By the People. Thank you for the privilege of a lifetime."

Mayor-elect Singh-Allen is a 28-year resident of Elk Grove. She’s a member of the Sikh community, an immigrant from India, and currently works as a commissioner for Visit California. She will take office as Mayor of Elk Grove in 2021.

Upon taking office, Singh-Allen says her first 100 days as mayor will be largely focused on the coronavirus.

"I will set up a COVID Economic Recovery Taskforce made up of business, labor, nonprofit, and other community leaders to help reopen Elk Grove and ensure that we can provide services and assistance available to working families and small business," Singh-Allen said. "This will include conducting an audit of what have we done as a city and identifying quickly areas where more needs to be done."