The Elk Grove police chief said neither the officer nor his supervisor reported the incident as use-of-force, so it was not initially investigated. 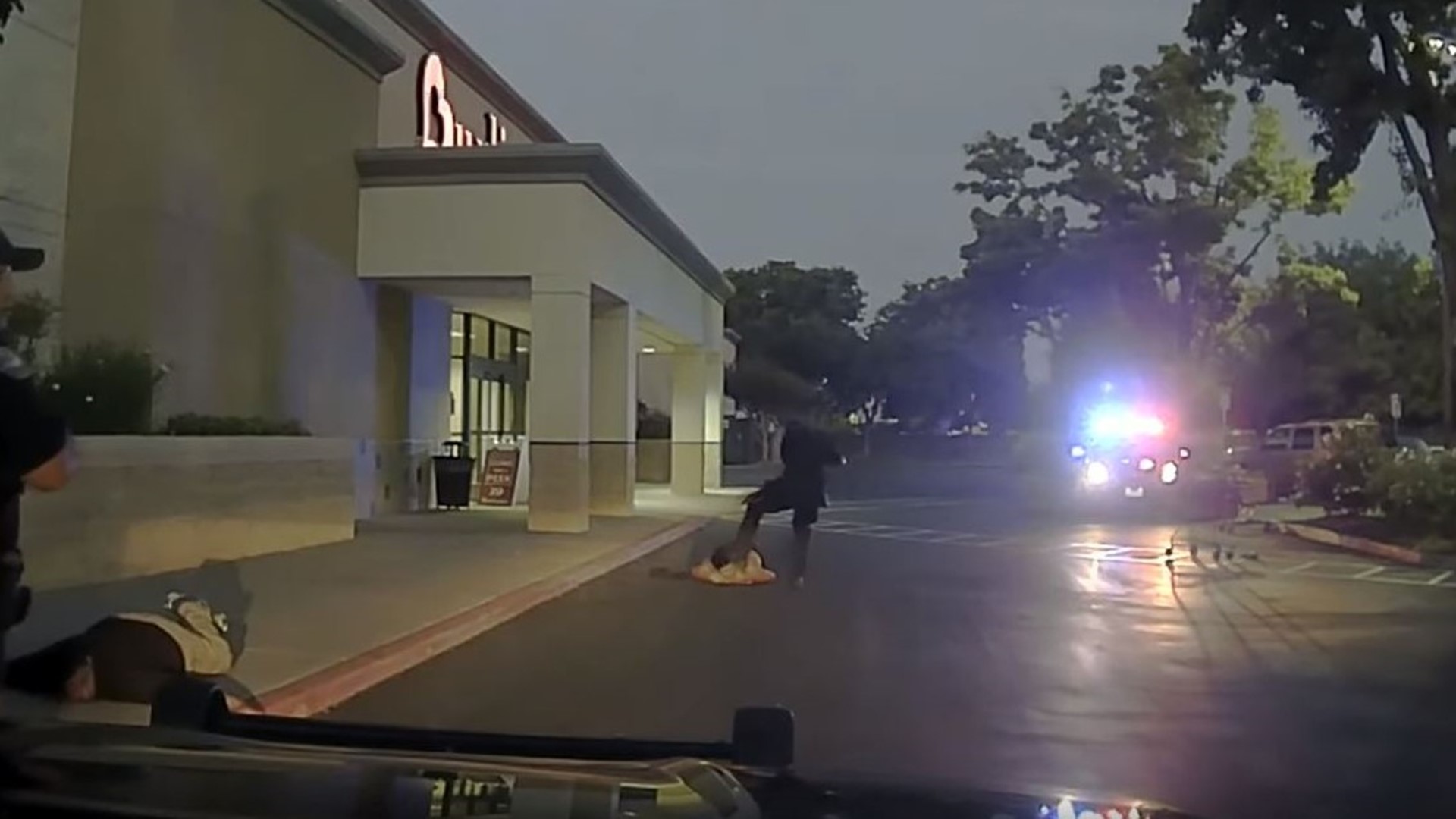 ELK GROVE, Calif — An Elk Grove police officer was fired and a sergeant resigned after an investigation into a June 2019 use-of-force incident revealed that neither the officer nor his supervisor reported that he kicked a burglary suspect in the head, the department confirmed Thursday.

The termination stems from a June 5, 2019 incident in which officers responded to calls at an Elk Grove Burlington Coat Factory store of two men allegedly stealing and assaulting security guards.

"The supervisor involved failed to identify the use of force, failed to report the use of force, and failed to complete an investigation in accordance with policy," Elk Grove Police Chief Timothy Albright said in a video statement. "This failure not only did not allow a thorough review of the force but exposed the city to unnecessary liability."

Credit: Elk Grove Police Department
An Elk Grove police officer was fired and a sergeant resigned after an investigation into a June 2019 use-of-force incident revealed that neither the officer nor his supervisor reported that he kicked a burglary suspect in the head, the department confirmed Thursday.

Dash and body camera footage released Thursday by the department shows officers responding to the scene. Video shows Elk Grove Police Officer Coleman getting out of his patrol car with his gun drawn, telling both men to get on the ground.

Officer Schmidt drove into the parking lot of the Burlington, and was told to watch one of the two men, who was identified as 23-year-old Juan Mendoza.

After Mendoza refused to put his arms out and away from his sides, video appears to show Officer Schmidt kicking Mendoza in the head before handcuffing him.

Mendoza was taken to the hospital and treated for a head injury, the department said.

Mendoza has been in the Sacramento County Jail on charges of robbery and assault. He's ineligible for bail.

The department first became aware of the incident in Oct. 2019 after an attorney representing Mendoza submitted a claim for damages, Albright said. Albright said that neither Officer Schmidt nor his supervising officer reported the incident as use-of-force, so it was not initially investigated as such.

Albright said the department settled with Mendoza for $100,000.

"And while the dollar figure is something that certainly concerns me, it's hard to put a price on the relationship with our community," Albright told ABC10.

During the investigation, Schmidt was placed on leave and his supervising officer was suspended.

On Thursday, the department announced that Schmidt was fired, and an unidentified sergeant resigned.

"The actions that night are not congruent with our organization’s mission, vision and values," Albright said. "The actions by those involved do not represent the 260 committed women and men of this organization who are dedicated to serving with empathy, integrity and professionalism."