A Facebook video of an Elk Grove Police officer, accused of harassing a Black teenager, has attracted the attention of well-known civil rights attorney Ben Crump. 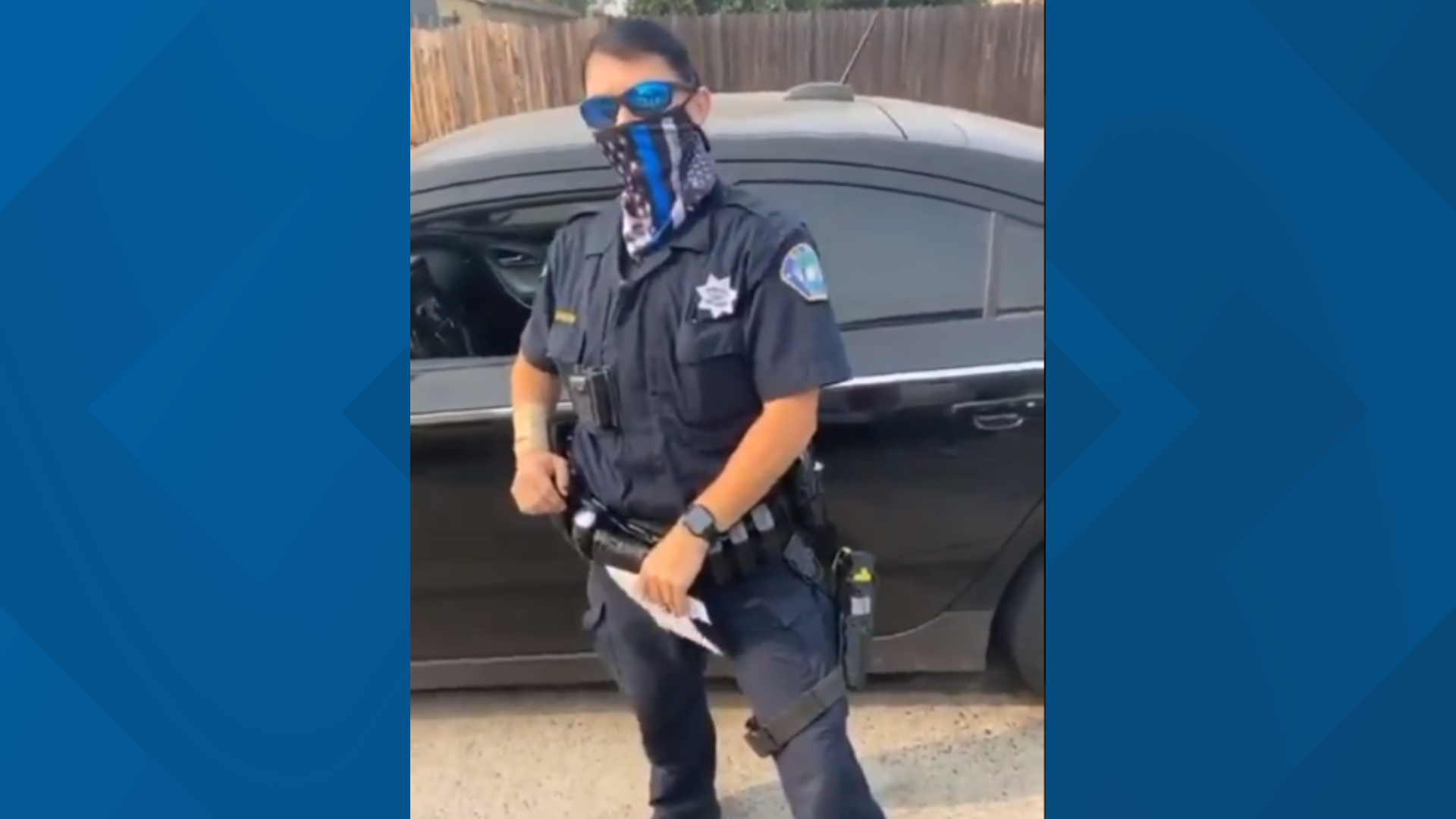 The teenager's mother, Stacy Harvey-Slocum, can be heard on the video shouting at the officer to give her son a ticket for an alleged traffic violation. Harvey-Slocum said the officer asked her son if he was on parole or probation even though she held his identification.

Harvey-Slocum said her family does not feel safe while the officer is still out on patrol.

"The officer is still out here, patrolling our neighborhood with a loaded gun, with the same mind frame, of her tattoos and that mask," Harvey-Slocum said. "That same prideful mind frame, so that means nothing unless officers independently are being held accountable. America is tired of it."

It is not clear from the video what her son did to warrant the officer stopping the teen, but dashcam video later released by Elk Grove Police shows the teen running a stop sign. 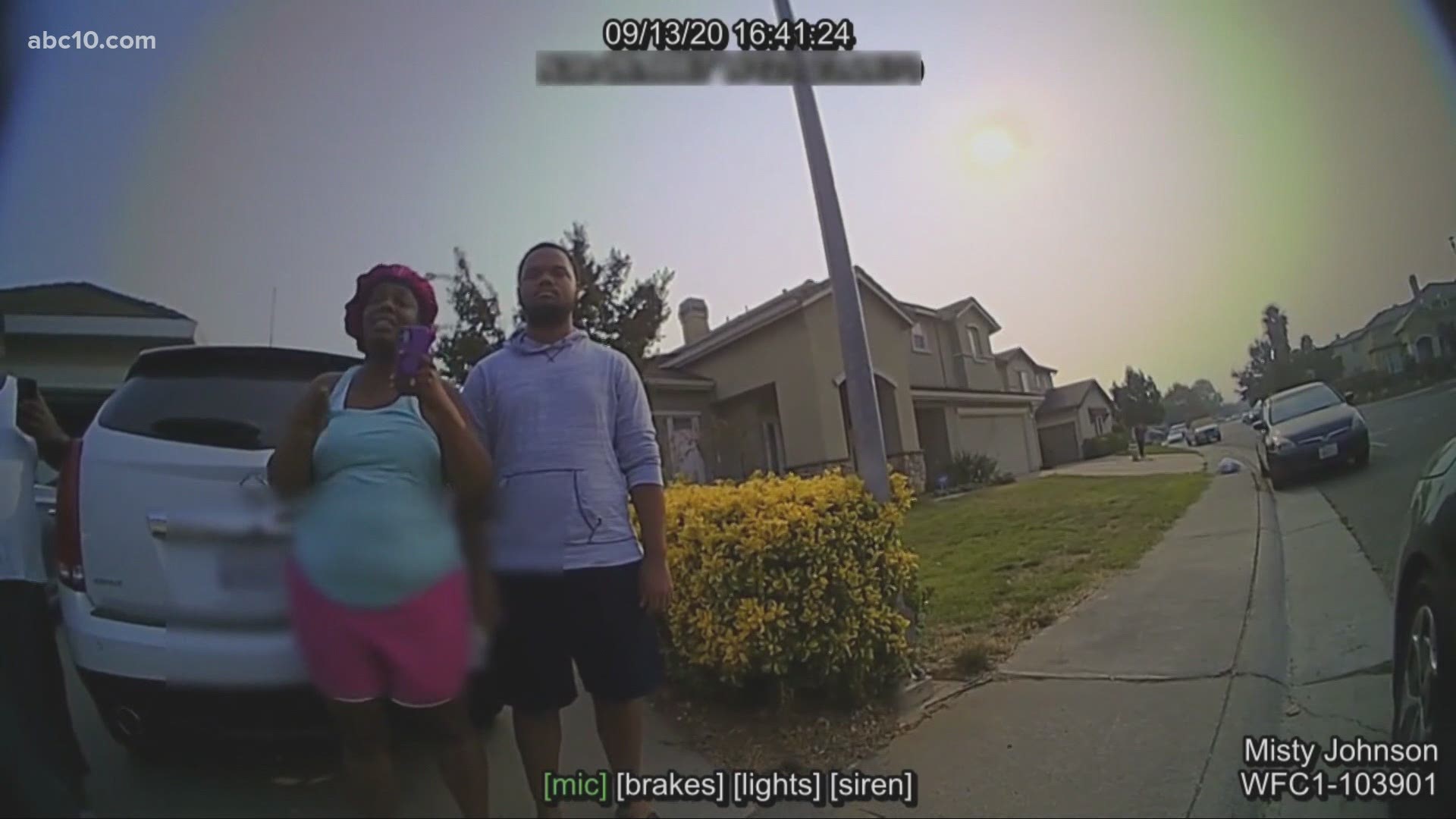 Elk Grove Police Spokesperson Hannah Gray said in a statement the department is aware of the video and they are in talks with the family.

"There was a conversation between the department and the family," Gray said. "We had a scheduled meeting at the family's request. They have since canceled the meeting and we will be releasing a statement today."

The family said the reason they canceled the meeting is that they moved forward with the formal complaint process, which means they would not be able to speak with the officer.

The incident caught the attention of civil rights attorney Ben Crump. Crump is representing the families of George Floyd and Breonna Taylor.

"She pulled over a Black teen for a simple traffic violation and refused to hand him the ticket, even calling for backup while he was complying with her demands," Crump tweeted.

“On the evening of Sunday, September 13, the Elk Grove Police Department was made aware of a traffic stop involving one of our officers that was captured on video and was circulating on social media.

As is our practice to be transparent, Chief Albright has solicited an outside entity to conduct an independent investigation into the incident and to provide an impartial and independent review.

After becoming aware of the video posted to social media, we reached out to the family. Chief Albright began a dialogue with family members and invited those family members to meet in person. Along with Chief Albright and Assistant Chief Davis, the officer involved in the traffic stop volunteered to meet with the family and be a part of the process. Chief Albright also invited a member of the Chief’s Community Advisory Board (CAB) to take part in the discussion. We remain willing to be part of the discussion.

One of the issues that arose from several viewers of the video was the unauthorized cloth face covering worn by the officer during this interaction. Recognizing that one of our core responsibilities is to project neutrality and pay deference to others’ perspectives; in this instance we fell short of that responsibility. The Elk Grove Police Department provided guidance on April 8, 2020 on the type of cloth face coverings expected to be worn by our staff. Following the above event, Chief Albright issued an administrative directive to staff.

The Elk Grove Police Department remains committed to transparency and policing that reflects our Mission, Vision, and Values.”