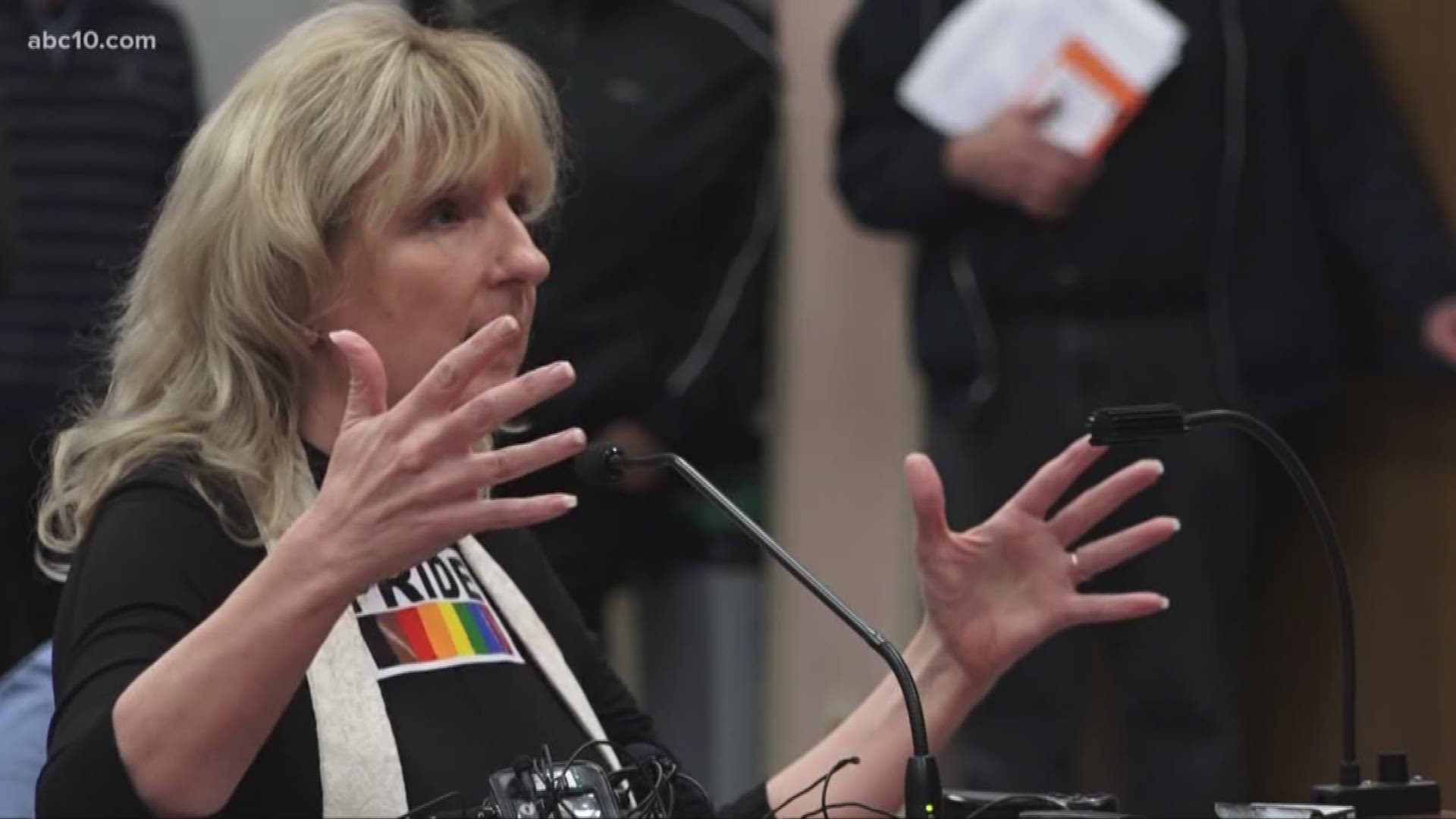 During the packed school board meeting, some parents spoke during public comment in support of the new curriculum.

"I think the more diverse education we can offer, the more chance we have to inspire a diversity of students in future leaders." said Matthew Pearson.

Others argue the material introduces sexual topics at too young of an age.

RELATED: LGBT Pride Month, Delores Huerta Day, Surfing: What do these three things have in common?

RELATED: Dixon Vice Mayor voted out of office in wake of homophobic column

"I believe they shouldn't teach it in school because they're forcing it on them," said Tony Moniz who had grandchildren in the school district. "Let the kids be kids, doing their own thing."

The district approved the curriculum years after California passed the Fair ACT in 2012, requiring schools to reference contributions by people with disabilities and members of the LGBTQ community.

Over the course of several months, people had a chance to take a look at the books that students will read going forward, and about 180 people gave feedback on what they read. Many of them showed up hoping the board sided in their favor.

"I think highlighting these figures and their lives is different than sexual education," Pearson said. "I think it's perfectly impossible to talk about a gay, a lesbian, transgender individual without going into the details people are concerned about."

The proposed K-8 social science and history curriculums aim to comply with the FAIR Act, that requires schools to reference contributions by people with disabilities and members of the Lesbian, Gay, Bisexual, and Transgender (LGBT).