A parent of two Elk Grove Unified School District students said he found the flag hanging on the AC vent in the employee's van. 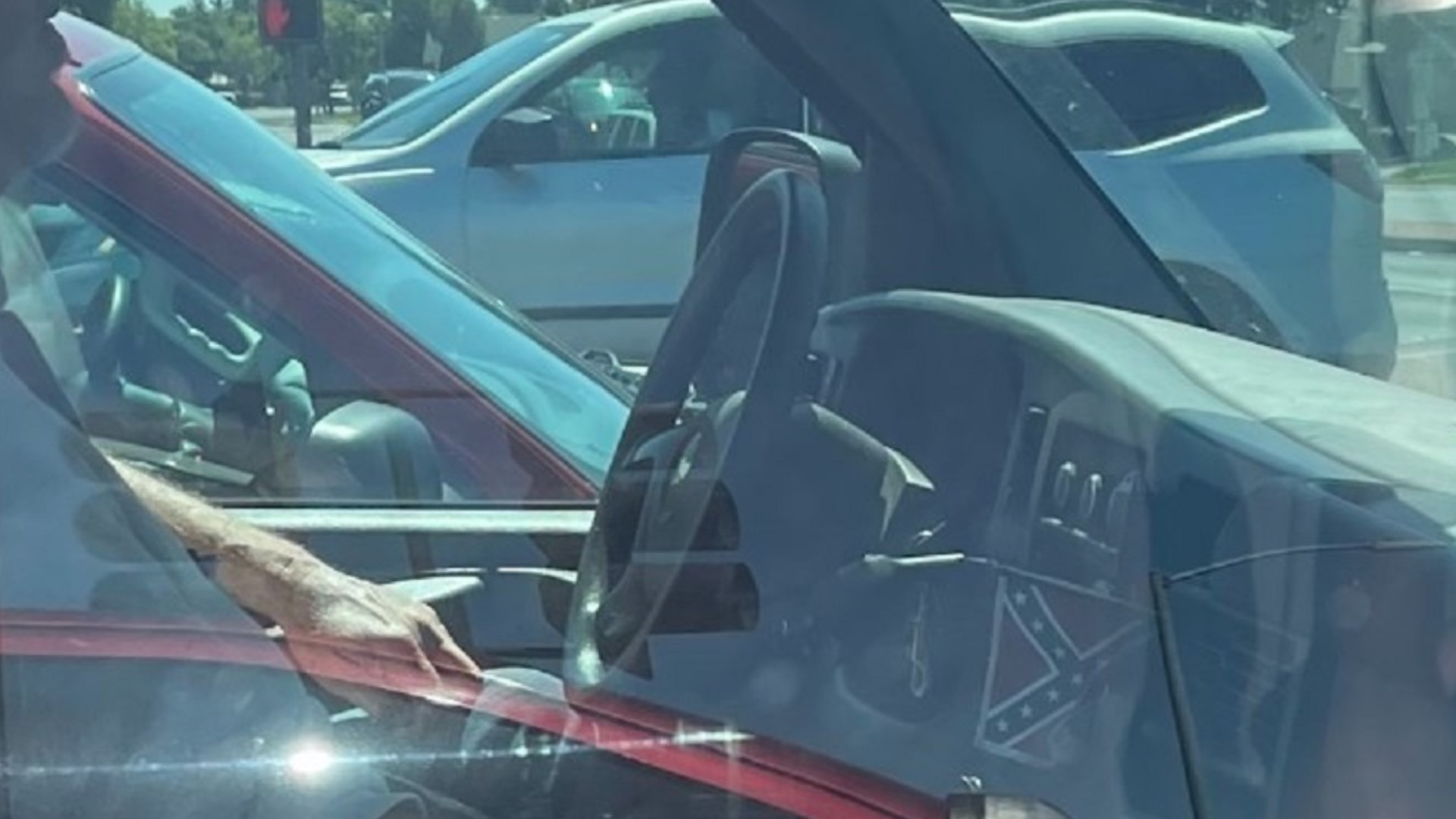 ELK GROVE, Calif. — Two Elk Grove Unified School District employees are on administrative leave after a parent reported them for hanging a Confederate flag inside a van.

Monty Watkins, a parent of two students in the district, said he found the flag hanging from an AC vent inside of a van's cabin.

"I'm not really trying to go around starting a bunch of crap because it took me a minute to think about it," Watkins said. "But they are around kids, and those vans are at the schools."

School officials said they found a small flag. They said vehicles, like classrooms, must be safe spaces for both students and staff, and that the Confederate flag is not tolerated.

The statement also said that the district will be taking action to ensure compliance with their policies of professionalism, anti-harassment and anti-hate speech.

Credit: Courtesy: Monty Watkins
Two Elk Grove Unified School District employees are on administrative leave after they are accused of hanging a confederate flag inside a cabin.

On Thursday, the Elk Grove Parent Coalition called for the immediate firing of the school employees.

Joel Boyd, who heads the parent groups diversity and inclusion efforts, said this is a big step back from the efforts they’ve made. He said the display of this symbol makes students of color feel uncomfortable and sets the wrong example for students.

“Just when I thought that we were making some progress, bam, I’m hit with this sad news," Boyd said. "The Confederate flag is depiction of hate. It has no place at all on any school district, let alone the Elk Grove Unified School District.”

The following is the full statement provided by Elk Grove Unified School District:

We received a report about a District van with two employees having a confederate flag inside the cabin. The report was immediately investigated and a small flag was found. The item has been removed and both employees have been placed on administrative leave.

District vehicles, like district classrooms must be safe spaces for students and all staff and an item such as a confederate flag found in a district van is not tolerated.

In addition to taking swift personnel action, we will further take action to ensure compliance with our policies of professionalism, anti-harassment and anti-hate speech. We thanked the parent who reported this.

WATCH MORE: The Confederate flag: Why some see racism, and others southern pride