The Florin High student who says he was beaten and bullied by classmates has been suspended for five days, according to his mother Elisha McDonald. 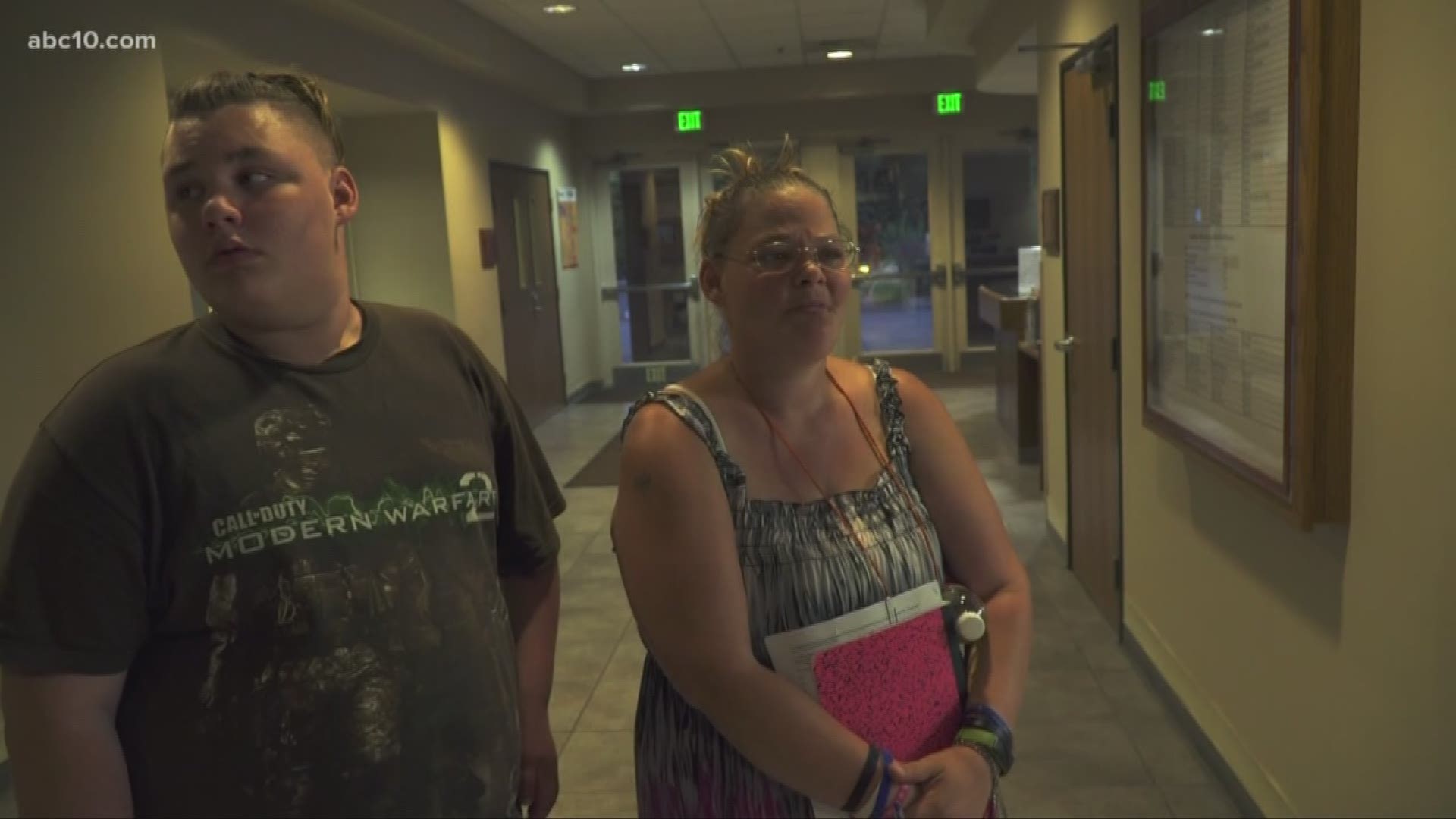 The Florin High student who says he was beaten and bullied by classmates has been suspended for five days, according to his mother Elisha McDonald.

"We're being told because he self-defended himself. It's 'mutual combat,' whatever the hell that's supposed to mean," McDonald said of her 14-year-old son, Cameron Kenney.

Cameron, who has physical and mental disabilities, including a paralyzed left arm, said he was attacked by classmates, Friday afternoon near Florin High in Sacramento, that caused him to get a concussion. McDonald said the Elk Grove Unified School District showed her a video of the incident, which, according to her, showed Cameron fighting back in self-defense.

The school district said the school has a zero-tolerance policy for violence and that if a student is attacked, he or she should just walk away and tell someone.

McDonald addressed the district during a school board meeting Tuesday night, where she was accompanied by Lili DeVaney, another Elk Grove mother who says her son was also suspended for defending himself against a bully.

The Elk Grove Unified School District said they are cooperating with the Sacramento County Sheriff's Department investigation and that two other students involved in the altercation have been disciplined.

A spokesperson also said the district is working on new ways to prevent bullying at their schools. In the coming months they are launching a new system that will allow students to anonymously report incidents of bullying or harassment.

McDonald, however, is not backing down from her fight.