Several of the program's former students have already gone on to work on projects for Netflix and even some Academy Award-winning films. 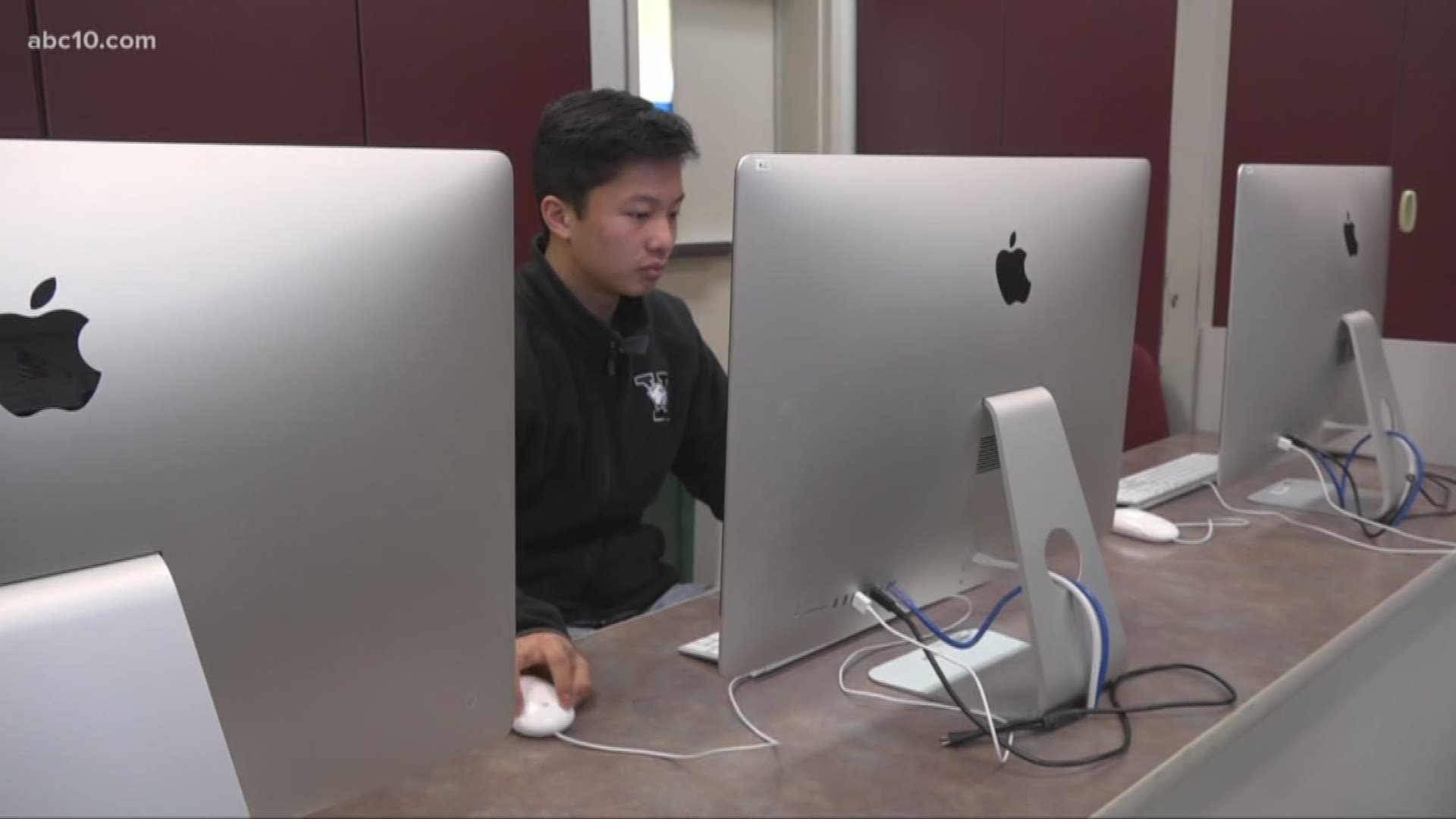 ELK GROVE, Calif. — Raymond Wang did everything in his class project, all the animating, all of the graphics — everything. The 16-year-old student is already producing award-winning looking work in his digital media arts class at Franklin High School in Elk Grove.

The school has multiple pathways available to students in its Career Technical Education program that allows teens a head-start in the film making world.

According to media production teacher Brad Clark, several of the program’s former students have already gone on to work on projects for Netflix and even some Academy Award winning films.

"I always tell students it's a real thing, you could be entering the industry and having your start right here," Clark said.

The next generation of Academy Award winners could be sitting in Clark’s classroom. Or right next door in Lorna Miller’s design arts classes where students learn Photoshop, basic art elements and even the principles of design.

"Those are the types of foundational skills that we give here," Miller said.

And at the end of the day, some students are going home inspired, ready to someday take home that prized golden statue.

"Because the Oscars, there's not just awards for maybe actors or directing,” Wang said. “There's also film composition, maybe editor so there's a lot of opportunity we have there.”