"We're the little mom and pop shop, we don't have the big lawyer to represent us." 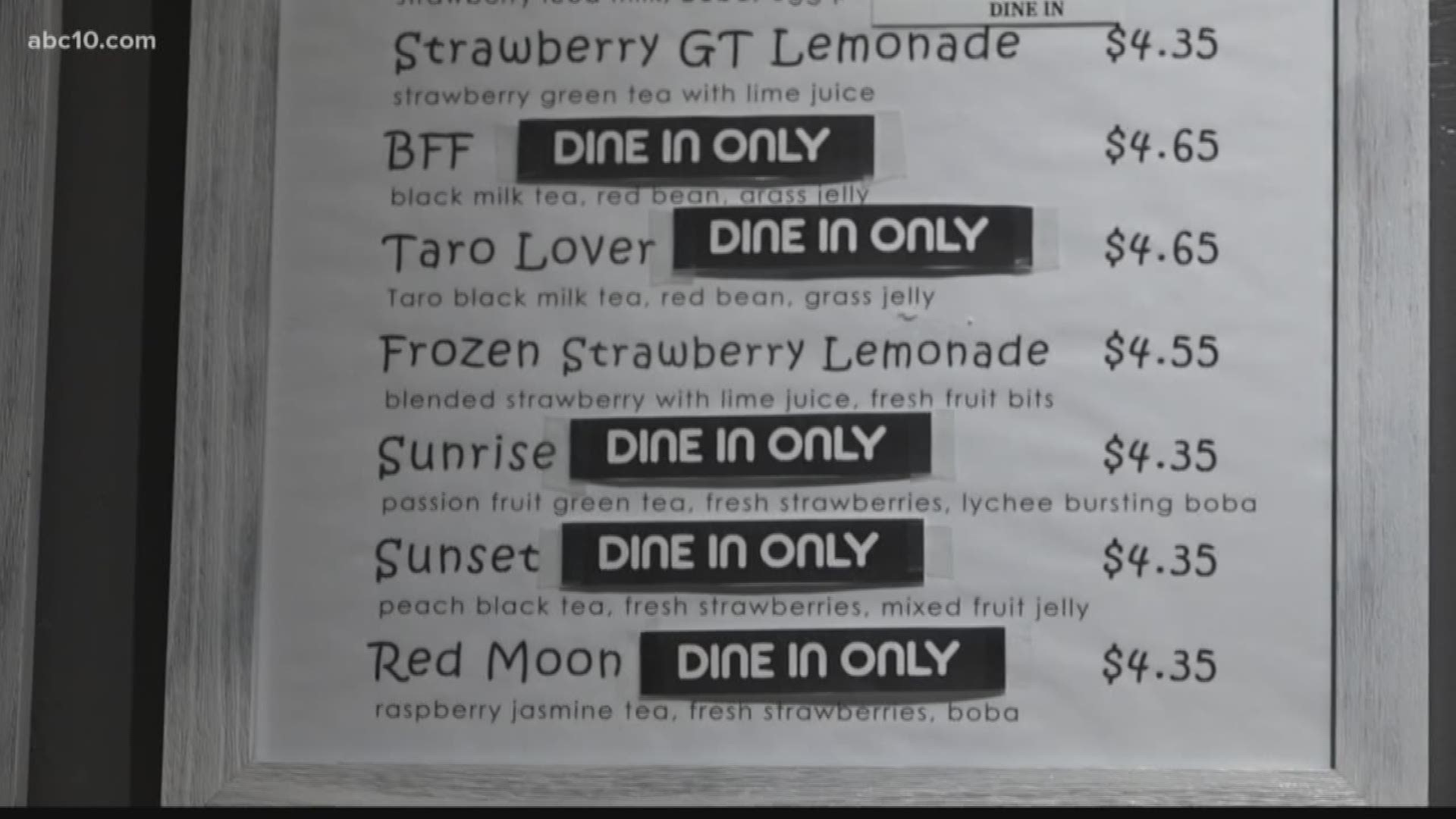 But according to the owner, an exclusive clause in a nearby Starbucks' lease prevents customers from ordering the drinks to-go and is now hurting their business.

"The lawyer called us and said that any tea or tea-based drink you can't take to-go," said Andy Ha, the restaurant owner, referring to the Starbucks lawyers.

"We're the little mom and pop shop, we don't have the big lawyer to represent us," he added.

The Starbucks and Moo Moo are both located in the Calvine Crossings shopping center.

Ha says he originally thought they would be able to bypass Starbucks' exclusive clause -- which says Starbucks can be the only business to sell coffee, tea and other drinks in to-go cups -- because they are a full restaurant. But after a few weeks of booming business, the lawyers came calling and told them to stop.

The new change in policy has many customers upset.

Alix said she has decided to boycott that Starbucks. Others have gone to the Starbucks' Yelp page to voice their frustration.

At the same time, however, Ha says there are customers that take it out on them -- sometimes on Yelp, sometimes in person.

"People often come in here and then when we tell them you can't take a tea based drink to go they get angry and just walk out," he said. Ha said that has resulted in about a 40 percent drop in business.

In an email, a spokesperson for Starbucks told ABC10, "Starbucks has been a proud member of Calvine Crossing at our 8240 Calvine Road location for more than fifteen years."

"As with all of our locations, we continually work with our landlords to determine what makes the most sense for our stores, as is the case here," the spokesperson added.

Ha says the current situation is still unfair, especially given his product.